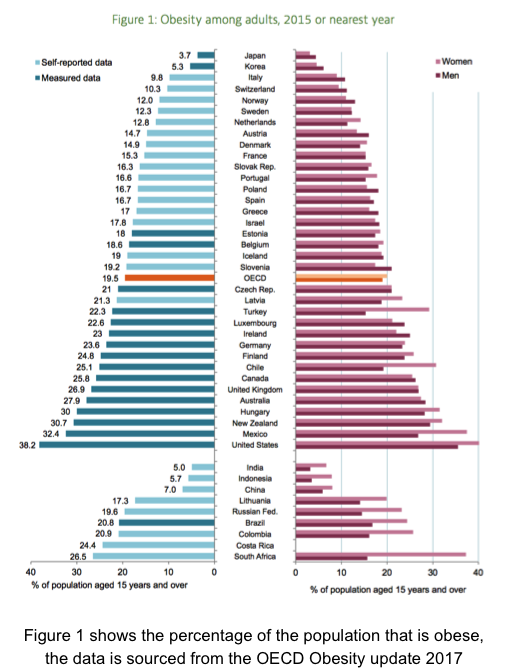 I have been obsessed with Health and Data for a while now and the more I think about this and explore the possibilities, I am extremely optimistic about the opportunities to make Iceland the healthiest country in the world. I attended the event Who wants to Live Forever organized by the Icelandic Health Symposium, I had a chance to meet with professionals, doctors and experts doing research in the field of human longevity and healthy living.

As much as I am excited about the opportunities in front of us, the current status in Iceland is grim. Iceland is on the brink of a health crisis just like the rest of the world. We are not doing enough to understand why the cost of healthcare keeps going up. I have been wondering about this problem for a while now and I have some suggestions. 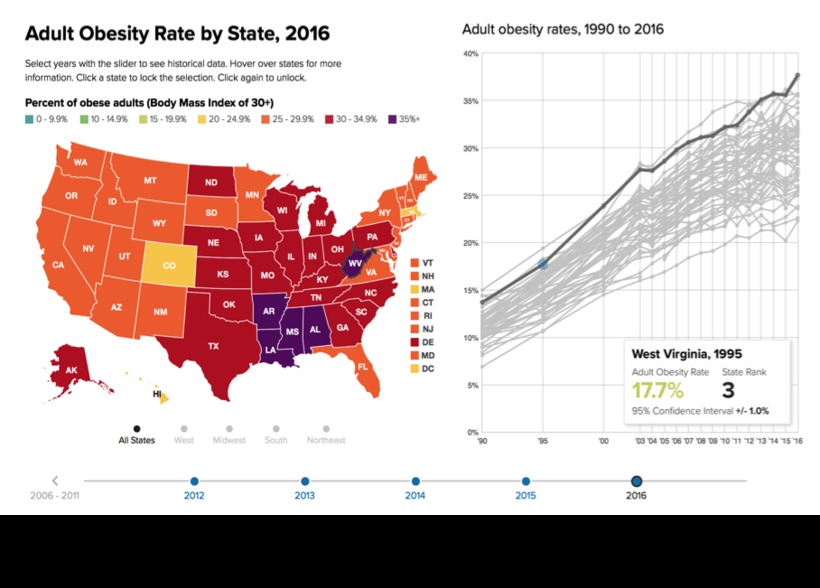 Let us first frame the problem, I was have some data to showcase the challenges we face in Iceland.19% of Icelanders are self reported to be obese. Is 19% bad? I don’t know but we can look at another community that had 19% obesity rate in the past and took no action towards reversing the trend and where they are today. United States of America is probably the worst when it comes to Obesity rates. 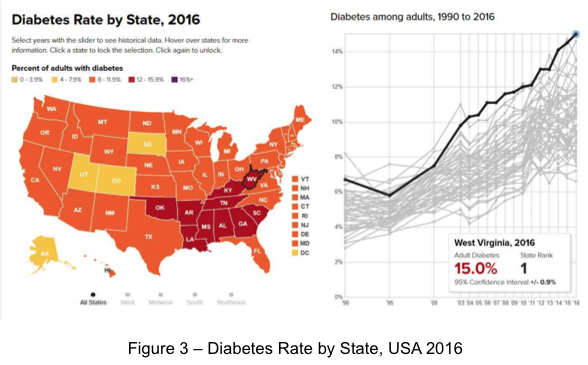 West Virgina in 1995 could be Iceland of today

I had a chance to meet with Dr. Mark Cucuzzella, who is a Professor of Family Medicine at West Virginia University, Lieutenant Colonel in the US Air Force Reserves, and Chief Medical Consultant to the Air Force Marathon. As part of his medical practice, Dr. Cuccuzzella treats chronic metabolic diseases in the “trenches” of West Virginia, which has the 2nd highest obesity rate in the USA. He shared the following graph with me about obesity in West Virginia. West Virginia had adult obesity rate of 17.7% in the year 1995 and today it is 38%, or the state with the largest obesity population. So what has this got to do with healthcare? Obesity is a leading indicator of complications to come, like Diabetes. Here is the second graph that he shared with me about Diabetes in West Virginia, 15% of the population is Diabetic in the year 2016. As you can see from comparing the above two graphs, the percentage of population that was diabetic in the year 1995 was 6%, which is very similar to the data that we have now in Iceland. The case I am trying to make here is that Iceland is where West Virginia was in the year 1995. Will Iceland have the same epidemic problem of diabetes in the future? I think if we look at the data and not do anything about it then we can be rest assured that we will have a health crisis in our hands in the coming years not that we do not have one now. 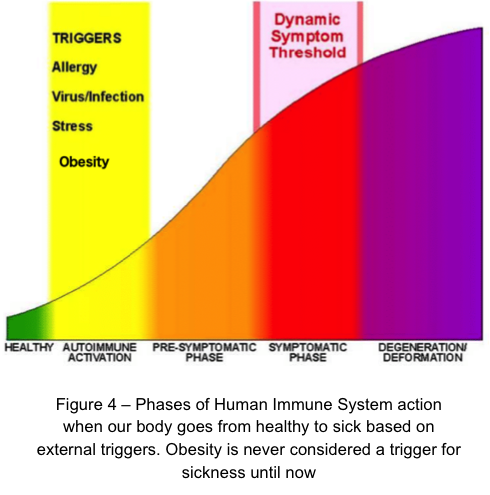 There is a high correlation between obesity and diabetes (type 2). Diabetes is a silent killer because it does not manifest itself in anyway as your body copes with the problem until it is too late. I have written previously about my experience and experiments with diabetes, I was lucky to be diagnosed with the problem early but I think we can do better for the rest of Iceland. We can give the power of data to each individual in Iceland and hopefully it creates a sense of urgency like it did with me for everyone to take ownership of their health seriously. I would also argue that we have been looking at solving the healthcare cost problem in an incorrect way, we have always been talking about how to build more supply of health services but I don’t see anyone asking the question why do we demand so much healthcare? Why are we getting sicker? Why do we need to consult with the doctors and take medication so often? The graph to the right shows how our bodies react when an external agent affects us and results in cell dysfunction which leads to disease. I would categorize Obesity the same way. A trigger for an individual to move down the path to a disease is obesity. We need to empower the individuals to take action when they start noticing something is not going right with their bodies.

We cannot change what we are not aware of, and once we are aware, we cannot help but change. I think all of us can take responsibility for our own health, the first step in that direction is to monitor our own health data. Today we have tools that enable us to do that. However, we don’t have access to our health data. Our doctors and our health systems do not have the tools to constantly monitor our health, however we are carrying a supercomputer in our pockets all day long and use it for everything, what if we could enable our supercomputer a.k.a your mobile phone to monitor vital data? Combine that with the health data that is already available in our health systems in Iceland and create notification and other tools that can help us monitor our health? We believe it can be done, that is why we launched Dattaca Labs and are hosting a Hackathon , for those of you who don’t know what a hackathon is here is brief definition:

“a usually competitive event in which people work in groups on software or hardware projects, with the goal of creating a functioning product by the end of the event:

At the hackathon our team produced an app that helps you monitor your sleeping habits.”

The hackathon will take place in Reykjavik University on October 7th and 8th. We are inviting anyone and everyone in the world to utilize a test data set to build valuable solutions over a weekend. Yes, it can be done. Google, Facebook and other major technology companies have launched products that were originally built by their teams during a weekend hackathon. We want innovative solutions to be built from Iceland and we are uniquely positioned to be able to release test data in the health, financial and social media sectors through the Consent Access Platform of Digi.me . The test data that will be released for the teams to build something functional are the following health data:

In addition to the above health data, financial data i.e transactions from a test bank account or credit card account and social data i.e. Facebook, Twitter, Instagram, Pinterest posts, likes, shares and networks. We want to see what wisdom or insight can be built using the above data set. We think there are several interesting possibilities.

Bala Kamallakharan is an angel investor, serial entrepreneur and the Founder of Startup Iceland. He is the Co-Founder of Dattaca Labs and was Chairman of the Board at CLARA (Resonata), which was acquired by Jive Software in 2013. Bala’s other investments include GreenQloud (acquired by NetApp), Buuteeq (acquired by Priceline.com NASDAQ:PCLN) and various others.