The value of network in scaling a startup

I have lived in Reykjavik for just over 5 years and have been working with Icelandic companies for just over 6 years. When I moved to Iceland from Los Angeles in 2011, one of the ways I minimized culture shock was by engaging with the startup community, a business sector I love and have worked extensively in for many years in the US. But my forray into the Icelandic startup scene began well before I even considered moving to Reykjavik. It started in 2008, when I first visited Iceland over the New Year.

As a small business owner of a boutique PR shop catering to both tech startups and artists, every travel opportunity was a business opportunity, whether I was on holiday or attending an event with my PR clients. My business philosophy was to kill as many birds as possible with one stone. As a result, I built an international clientele and heightened my company’s profile beyond the reality of my budget and the size of my team. I networked literally everywhere I traveled.

When I met my husband in Iceland in 2010, and knew I’d likely be traveling to Iceland a lot more, I realized I needed to find a way to make the trips work for my business too. I researched women in business networks in Iceland. I researched the startup scene in Iceland. I went to networking events when visiting Iceland. I reached out and met people in the business community for coffee, lunch, anything. Those people then introduced me to other people in their network. Every moment I was not with my husband, I was building my business profile in Iceland.

Through the network I had established in Reykjavik over the first two years, I joined the Board of Directors at a company, where I served through their acquisition by a major US tech company. My Icelandic network also proved valuable when I inevitably decided to let my US company go in 2012, a year after moving to Reykjavik. Within a matter of days, I had a new role at a cloud computing startup, a company I had been targeting for 9 months for my PR business and for whom I would serve as CMO for three years.

The point of this anecdote is to show the importance of network to grow your business and the value that establishing a network early can have on business development as you scale into new markets.

Here are 10 things every startup in Iceland should do to build their network: 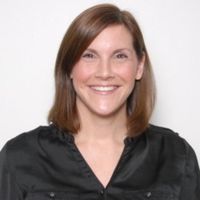 Paula Gould is an executive, lifestyle and tech writer and mother living in Iceland.