The number of people that every year is coming to Iceland is only increasing. Many of these people are carrying, along with their luggage, a number of popular ideas concerning this country’s culture which, to a close inspection, turn out to be inaccurate or simply false.

The need of attracting potential tourists or customers, makes it so that information on Icelandic affair is often exaggerated or distorted. This seems to be particularly true when it comes to one of the greatest cultural assets of this tiny northern European nation: its medieval history and literature. One of the most obvious and frequent mistakes, perpetrated for marketing purposes, is the overuse of the label ‘Viking’; a historical inaccuracy, since a ‘Viking’ was not anything other than a Norseman going on a summer plundering expedition - and he was known as such only for the length of that same expedition . There are a few instances of the use of this word in the sagas to describe misbehaving Icelanders, but it is a rare occurrence. What we call ‘Vikings’ would have called themselves “Norsemen, Icelanders, Danes etc.”.

Several are also the myths concerning the medieval Icelandic literature, which contrary to what the popular media often maintain,  did not sprout out of nowhere on this barren island (Ísland?), but it was the result of an increasing contact with continental European traditions, both Latin and vernacular, which influenced the ways in which Icelanders wrote down their works of literature, historiography and hagiography.

This is always an unpleasant discovery for those who approach this subject while trying to escape all the “learned” western literary tradition which has too often been considered as belonging to the élite, and are looking for something just as worthy to feel a connection with. In fact, medieval Scandinavian literature is much more connected to the classical and Christian learning of southern Europe than many would like to admit. Because of this, it is hard to truly understand what one is reading if one has no clue on where all these themes, forms and motifs came from, and it is now commonly accepted in academia, that to fully understand the works of medieval Iceland, it is necessary to place them in the wider frame of medieval European culture. In the context of a written culture imported from the continent, where learning was essentially a Christian interpretation and transmission of the classics, it is impossible to bypass the study of what all learned Icelanders must have known and thus had an impact on what and how they wrote.

Heimskringla is undoubtedly one of the great work of medieval european literature, but are we sure we won't appreciate it even more if we had some knowledge of the wider (and marvellous!) cultural context in which it has originated? One does not need to have read the whole Aeneid, but surely knowing that its author, Virgil, started the trend of inventing founding fathers of medieval European nations as escaped Trojan heroes, will make it clear why Snorri Sturluson, in this work, presents Odin as a Trojan, taking advantage of the similarity between the name Asia, where Troy was located, and Ásaland, the land of the Æsir, a group of gods, such as Odin and Thor. The Britons, the Irish and the Scandinavians linked their history to that narrated in the Greek epics known as the Iliad and the Odyssey, the funding works of western literature.

Medieval Germanic literature, as it reached us in the form of vellum manuscripts, even when it dealt with popular themes, was always essentially a learned product, not the folkish and around-the-fire storytelling which is so popular among escapists, degrowth aficionados, machismo or individualism devotees, and idolaters of Nazi racial myths.

We are talking about a literature which, although it was still in the rough, was an offshoot of the cultural products of classical civilisation as they were received by medieval Christians. It may be difficult to accept for those who hoped to have finally found a pagan literature produced by simple people, living in utopian and quasi-egalitarian societies, close to nature and far from the sophistication with which some of us find it hard to identify, but this is the picture that emerges from the study of this tradition.  Sometimes, an aversion to Christianity and the belief that Latin culture be something that belongs only to the higher strata of society, lead to distortions and fabrications, but it is a fact that medieval Icelandic literature as we have it today was the product of learned high-class men who presumably knew Latin and had read the classics, possibly having also studied in universities on the mainland. These ideas are not very easy to find in the media, which have chosen to target people who are looking for an idealised Iceland that probably never existed.

The constant need to underline that Icelandic Christianity retained a lot of Pagan elements and was always somewhat “loose”, compared to that of the rest of Europe, is another false idea: the whole European Christianity was modelled on pre-existing pagan cults, every region practiced it with some local peculiarities. There were some differences in what Christians would do in Iceland, but there were differences in what Christians would do in Portugal, Sicily or Germany. Priests and  bishops were as likely to break their celibacy vows in Iceland as those in Rome were.

Even the myth of vernacular Icelandic literature as being an exception in Latin-writing Europe does not hold water: most of the vernacular literatures in western Europe started around the same time or even earlier. And the list goes on with the omnipresent assertion - so popular on the internet - that today's Icelanders speak “the language of the Vikings and can easily read medieval texts from in the original”.

Again, the sad truth is not only that the “language of the Vikings” - i.e. the language presumably spoken by Norsemen on summer raids between the 8th and 11th century - was quite different from the one we find in the saga manuscripts, most of which are from at least 200 years later, but also that a modern Icelander will hardly be able to make some sense of the medieval orthography without some training, and they will need a modern normalised transcription to make some sense of the text itself (even though they often won't really understand a good deal of what is written even once it has been normalised!). On top of that, there are examples in Europe of languages that are much closer to their 13th century form than Icelandic is, and whose speaker could read 13th century manuscripts with more ease, such as Spanish and - even more so - Italian, which has been a literary language with a conservative character throughout its history.

This is not to say that Icelandic literature is not special – of course it is! – but that it is as special as many others. To elevate it, to make it isolated means to do it a disservice, and ultimately to fail to understand it. It is a merit of the medieval Icelanders to have known and been part of the learned European cultural world: it does not detract from what they produced, if anything it adds more depth and breadth to it!

Of course people are free to idealise the Icelandic Middle Ages and make them fit into any sort of ideology or narrative, but knowing and understanding the past is a whole different story. The culture of medieval Iceland is a subject that shows an incredible complexity and breadth, and it deserves our effort to push our interests beyond the limits of the sub-arctic Utopia which we are constantly sold by the media. 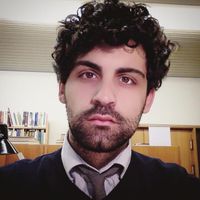 Roberto L. Pagani, born in Lombardy, Italy is an MA in Medieval Icelandic Studies and a PhD candidate at Háskóli Íslands in Manuscript Studies. He teaches Italian language and literature at the same university. He also works as a translator and is the author of an introductory Norwegian grammar in Italian. He is currently working at the Árni Magnússon institute on a project involving an edition of a chivalric saga.