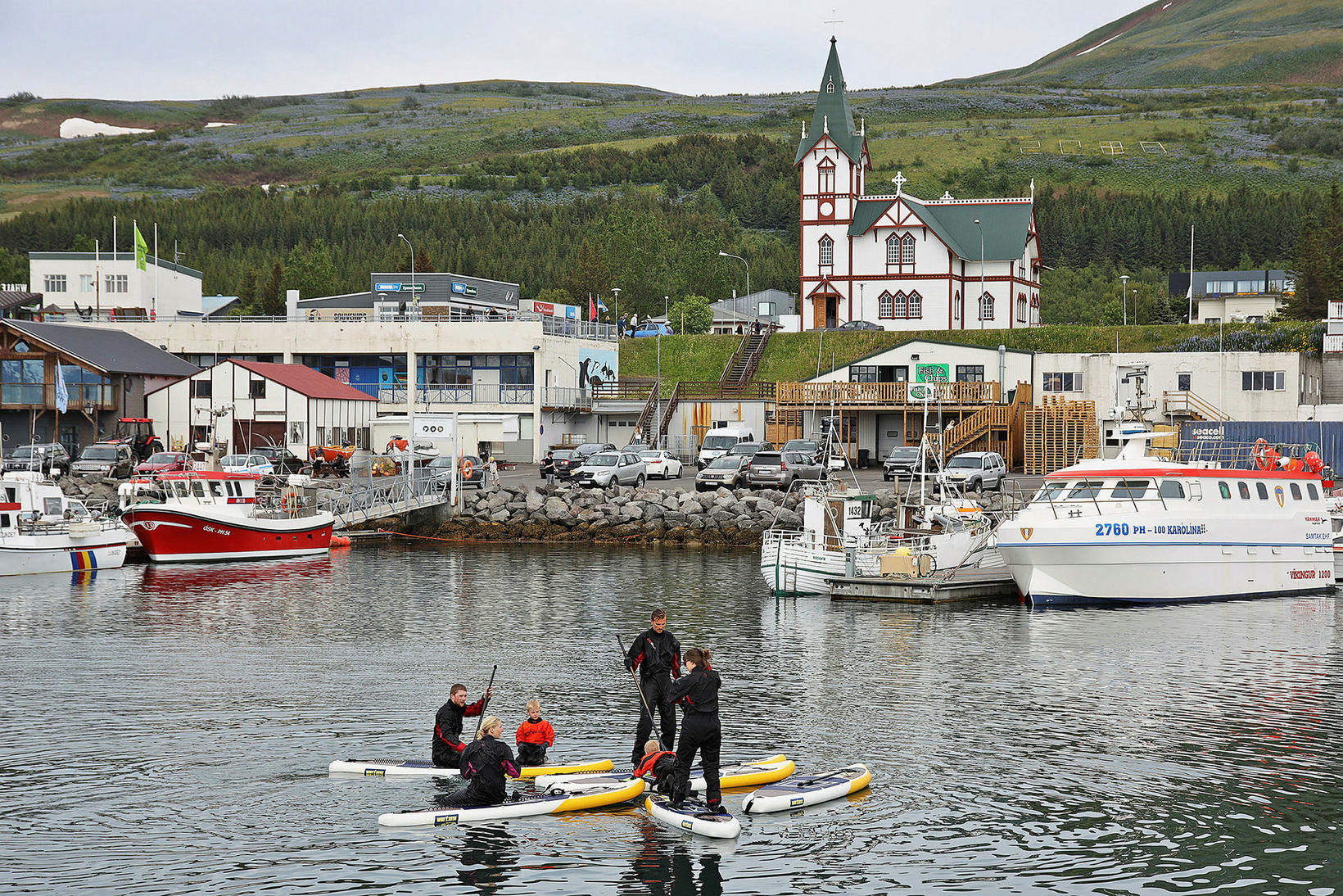 Visit Húsavík, the tourist information center in Húsavík, North Iceland, has launched a new app for Android and iOS, mbl.is reports. The app, which is in English, was developed by students at the Húsavík Academic Center, who worked on it over the summer.

In addition to providing information about entertainment and services in town, the app points out hiking trails and a history walk around the town, with audio guidance.

The app displays interesting places, allowing the user to listen to a short story about each place. An interactive map gives users a chance to follow these routes through town.

It took the team of three students ten weeks to complete the programing. You can look up the app by typing “Visit Húsavík” in Play or App Store.

The picturesque town is best known as the whale-watching capital of the country. In addition, the town’s GeoSea geothermal baths, with a view of Skjálfandaflói bay, have enjoyed great popularity since they opened two years ago. Last year, the baths made it to Time Magazine ’s list of World’s Greatest Places .

Moreover, Húsavík is home to the Exploration Museum. It is dedicated to people’s exploration of the world and outer space, featuring photographs and artifacts from the training of Apollo astronauts near Húsavík in the 1960s, in addition to providing information about the history of Viking explorations.

The Húsavík Whale Museum provides valuable information about whales and stories related to them.

Finally, Húsavík was the setting for Will Ferrell’s musical comedy Eurovision Song Contest : the Story of Fire Saga , which was released in the summer, bringing much attention to the town.