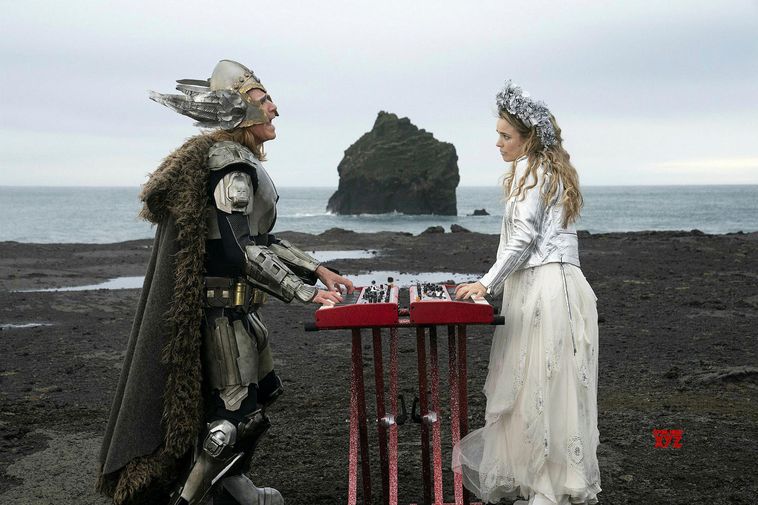 Will Ferrell and Rachel McAdams singing their heart out in Iceland.
Ásgeir Ingvarsson
ai@mbl.is

It is safe to say that Icelanders have embraced the amusing weirdness of Will Ferrell’s new musical comedy film.

In Eurovision Song Contest: The Story of Fire Saga Ferrell and Rachel McAdams play a musical duo from the small town of Húsavik on the north coast of Iceland, whose greatest dream is to compete in the flamboyant kitsch-fest that is the annual European song competition.

Against all odds the couple is chosen to represent Iceland and musical mayhem ensues, involving Icelandic elves, unscrupulous Icelandic bankers and some of Eurovision’s most colourful stars of recent years.

Three songs from the movie, released on Netflix on June 26th, made it onto the Icelandic top singles list last week with “Húsavík – My Hometown” reaching the sixth place, “Ja Ja Ding Dong “ taking the eleventh place and “Double Trouble” making it to number thirty-six.

Locals have seized the opportunity and opened a new outdoor pop-up bar inspired by the one seen in Ferrell’s movie, called the Jaja Ding Dong-bar. They also plan to build a replica of the elf-house visited by the movie’s main characters seeking supernatural help from the “hidden people” who according to Icelandic folklore live in rocks and mountains and sometimes intervene in people’s lives – either to help or to harm.