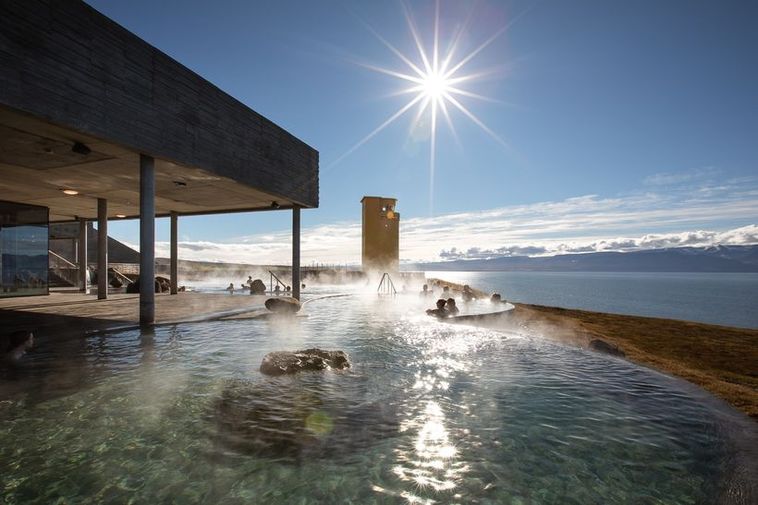 It is there in the company of places such as Egypt’s Red Sea Mountain Trail, Mozambique’s Gorongosa National Park and Washington D.C.’s Newseum.

The baths opened a year ago, and have been very well received in a town best known for its picturesque location and its whale-watching tours.

Time describes the baths as a good alternative to the crowded Blue Lagoon, Southwest Iceland, which receives visitors by the busloads, whereas the lesser-known GeoSea, 300 miles to the north, along the Arctic Coast Way, “gives its guests plenty of room to breathe.”

“Geosea draws its mineral-rich seawaters from two nearby drill holes,” the review states. “It has multiple infinity-edged pools and a built-in waterfall, swim­up bar and bathtub - warm water averaging around 100°F. The spa operates year-round, staying open till midnight in summer and 10 pm in winter—a spectacular way to catch the northern lights when swimming after dark.”

Incidentally, the GeoSea was among the subjects of an article, published by Iceland Monitor in April. You can read all about it here: