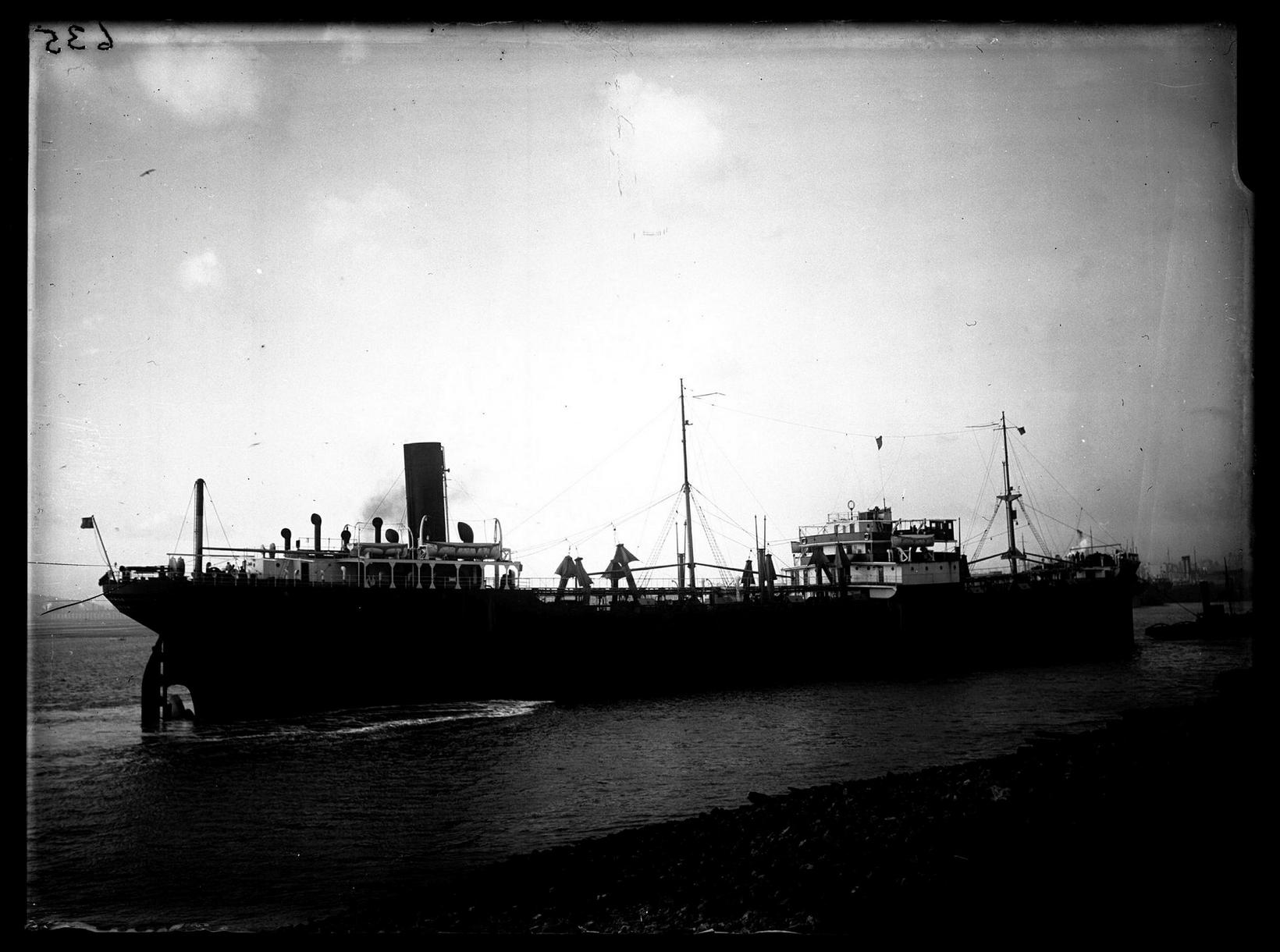 El Grillo, before it was shot down in 1944. Photo/Amgueddfa Cymru - Nat

By the end of May, the Icelandic Coast Guard plans to make the first step toward preventing further leakage from the wreck of a British oil tanker, lying at the bottom of Seyðisfjörður, the East Fjords. The Icelandic government recently decided to allocate ISK 38 million (USD 258,000; EUR 238,000) toward the project.

The tanker, El Grillo, was destroyed in the fjord by German military aircraft on February 10, 1944. There were no casualties in the attack, but the tanker sustained considerable damage and was subsequently sunk. The wreck is 134-m (441-ft) long, weighing 7,264 tons. 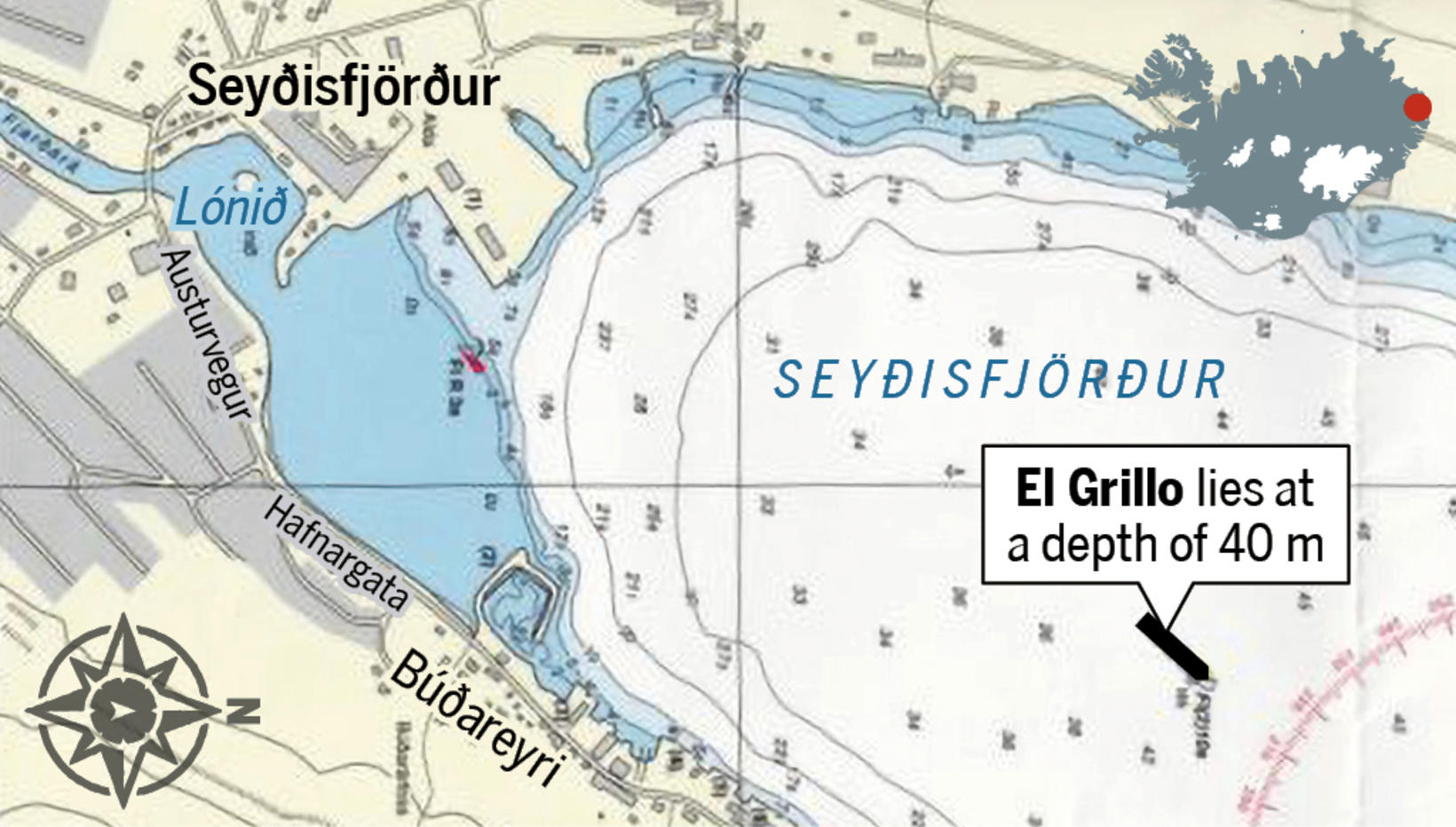 The heavy crude oil thickens in cold weather, but seeps faster through holes in warm weather and forms an oil slick on the surface of the ocean, causing the death of large numbers of birds.

An inspection of the wreck last fall revealed the source of the leakage to be the corroding cover of a manhole, leading to one of the ship’s 36 tanks. The Coast Guard plans to pour concrete into a cast on top of the manhole, in order to close it. A stainless steel pipe and a valve will be installed, going through the concrete to the manhole, through which it will be possible to drill later on, in order to pump out oil. 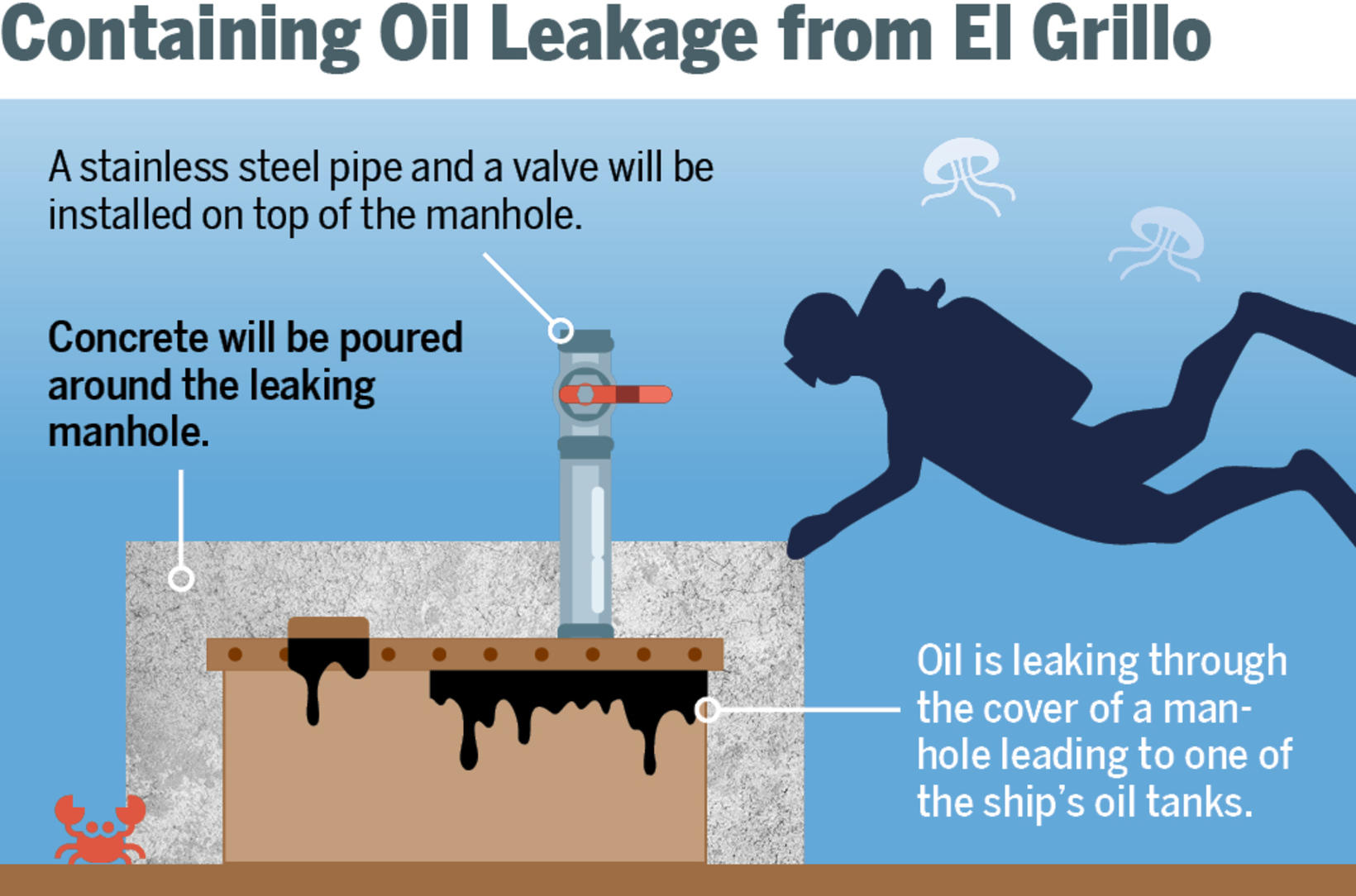 The Coast Guard ship Þór will sail to the location; at least five to six divers will participate in the operation, and there will be a diving chamber on board the ship. Þór will, in addition, be equipped with pollution prevention and pollution cleaning equipment during the operation.

According to Ásgrímur L. Ásgrímsson, who directs operations at the Icelandic Coast Guard, the plan is just to close the manhole with concrete, not to pump oil from the tanker. Due to corrosion of the tanker, however, this may only suffice to stop leakage of oil temporarily.

The deck of the tanker is at a depth of 32 m (105 ft), and a special barge will be used for the work. A special type of concrete will be poured with a concrete pump through a hose from the barge into the cast around the manhole.

Special attention will have to be given to ammunition and shells on board when diving around the wreck. Three of the divers participating in the project will explosives experts as well. Last fall’s expedition revealed 23 shells on board the ship. In the past, depth charges have been removed from the tanker as well.

We reported last August that four boys in Seyðisfjörður unwittingly threw a live World War II shell from El Grillo back and forth, after finding it near the ocean. Fortunately, the shell did not explode in their hands, but was instead deactivated by experts and destroyed.