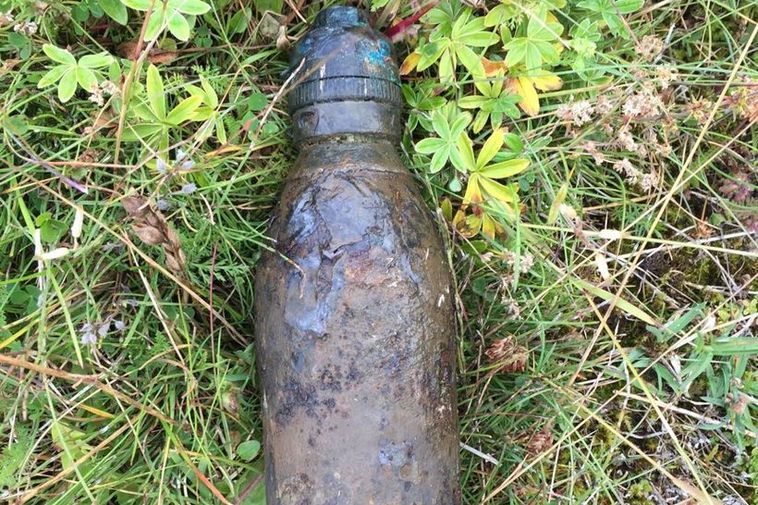 Explosives experts from the Icelandic Coast Guard were called out this week, at the request of the East Iceland Police, after four boys, aged 11-12, found a strange object.

The boys were playing in Seyðisfjörður, the East Fjords, when they came upon a most unusual object. At first, they played with it and threw it around, but then decided to alert their parents.

As it turned out, what they had been playing with was a live World War II shell. It was decided to have it deactivated and destroyed, according to information from the Icelandic Coast Guard. It is most fortunate that the shell did not explode in the hands of the youngsters.

The shell is believed to originate from an anti-aircraft gun on the British oil tanker SS El Grillo, which was sunk without casualties in a German air attack in Seyðisfjörður on February 10, 1944. The shipwreck remains at the bottom of the fjord.

The Icelandic Coast Guard urges people to notify the police or the Coast Guard if they discover strange-looking objects, and to please avoid touching them. If the objects are suspected to be explosives, it is essential to consult explosives experts to have it confirmed.

Objects from WW II are still being found here and there in Iceland. As recently as July 18, a bomb from the war was discovered in Mosfellsbær.