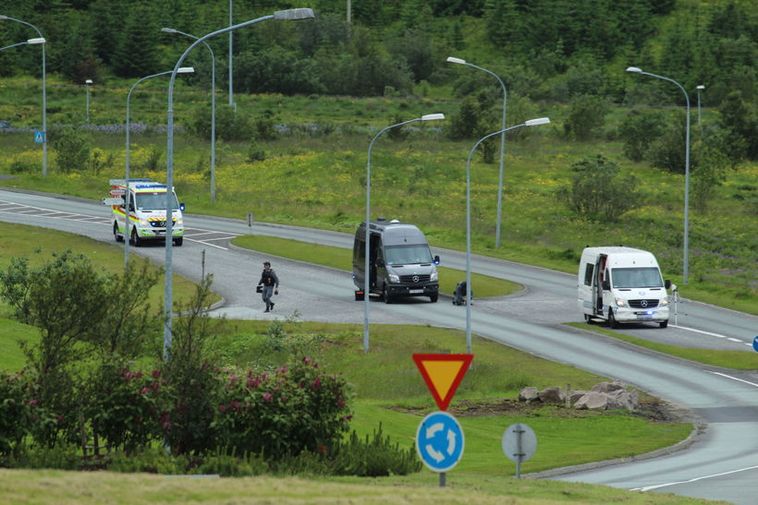 A bomb, thought to date from World War II, was discovered on Blikastaðanes point, near Mosfellsbær Golf Club, in the vicinity of Reykjavík, at 1 pm today.

According to passersby, there are four police cars on site, in addition to two special forces vehicles and an ambulance. Police have brought bomb detectors and a bomb robot to the scene.

Entrance to the golf club has been closed. No one is allowed access to or from the grounds. About a score of golfers were reportedly on the golf course when the bomb was detected, but no more golfing is expected today.

Pipes are being replaced in the area, which is probably why the bomb came into view.

The bomb discovered on Blikastaðanes today was active, according to Chief Inspector Valgarður Valgarðsson. It has just been successfully set off by explosives experts from the National Commissioner of the Icelandic Police and from the Icelandic Coast Guard, who first cleared a 500-m (550-yd) radius around it.

The bomb did not originate in the area, but was discovered in a load of dirt that was being dumped into a ditch being filled. It was 30-cm (12-in) long and pointed.

Valgarður told mbl.is that the outcome could have been serious, since the bomb turned out to be active.