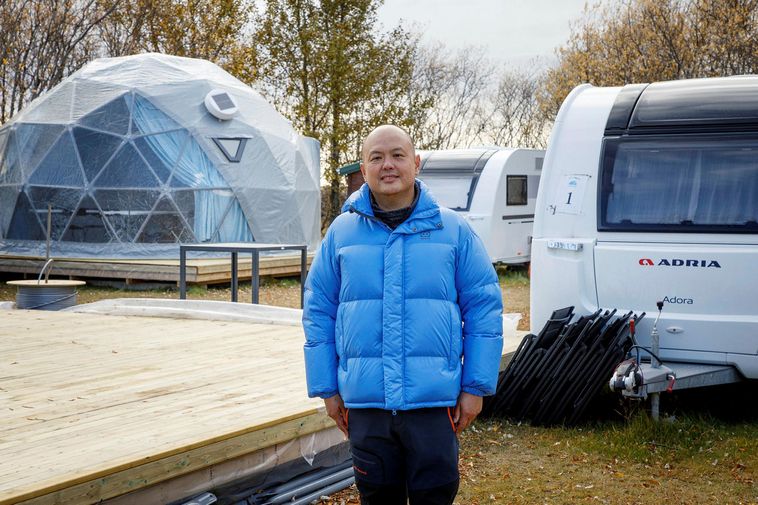 Malysian businessman Loo Eng Wah has plans to build a Christmas house and more in Hella, South Iceland, Morgunblaðið reports. He is planning to expand his development of tourist services to two lots in Hella, intended for commercial activity. One of the lots is on the bank of Rangá river, while the other one is opposite to the town offices.

Loo has been granted permission to buy these two lots for his operation. “He applied for these lots a few weeks ago, and the town council processed the applications,” states Haraldur Birgir Haraldsson, the Rangárþing district zoning representative and building inspector. “They were approved on the condition of appearance and plans.”

On the bank of Rangá river, Loo plans to construct a wooden building, which will house a souvenir store, an information center, overnight accommodation, car rental and Christmas house. He would like construction to begin this summer.

On the other lot, which is in the town center, Loo has plans to construct offices for his company, New Horizons, as well as a tourist information center and a bus terminal.

Loo’s plans for the buildup of tourist services in the vicinity of Hella, where his company Eternal Resort owns 35 hectares (86 acres) of land, met strong opposition among residents and cabin owners in the area last fall. They believed the municipal council failed to inform them of the extent of the project, which they feared would offer overnight accommodation on the property for up to 500 people.

RVs, installed on the property and rented out, were connected to the sewage system of the area, causing alarm among residents, who feared for the quality of their water in a water protection area.

The land-use plan was subsequently revised to include a tourist service center on a smaller scale than originally planned. Furthermore, the decision was made to have the controversial RVs removed and replaced by cabins.

Controversial RVs to Be Removed

Reykjavik to get its Oslo Christmas tree!