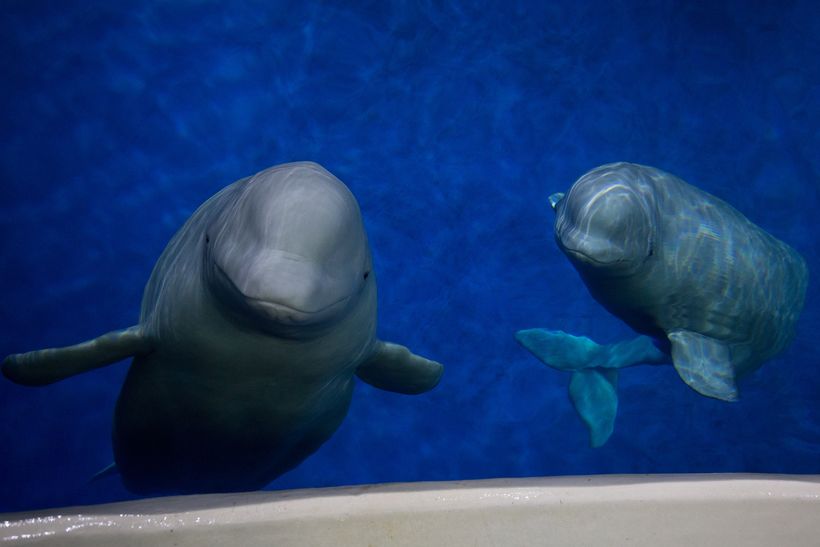 Two beluga whales from Shanghai, China, will arrive at Keflavík International Airport tomorrow morning, mbl.is reports. Their arrival, originally scheduled for mid-April, was delayed until it was certain they could be transported to Vestmannaeyjar islands from Landeyjahöfn harbor , which  opened unusually late for the season, due to weather, which prevented the annual dredging work. The belugas were not believed to be able to survive the much longer journey from Þorlákshöfn harbor. 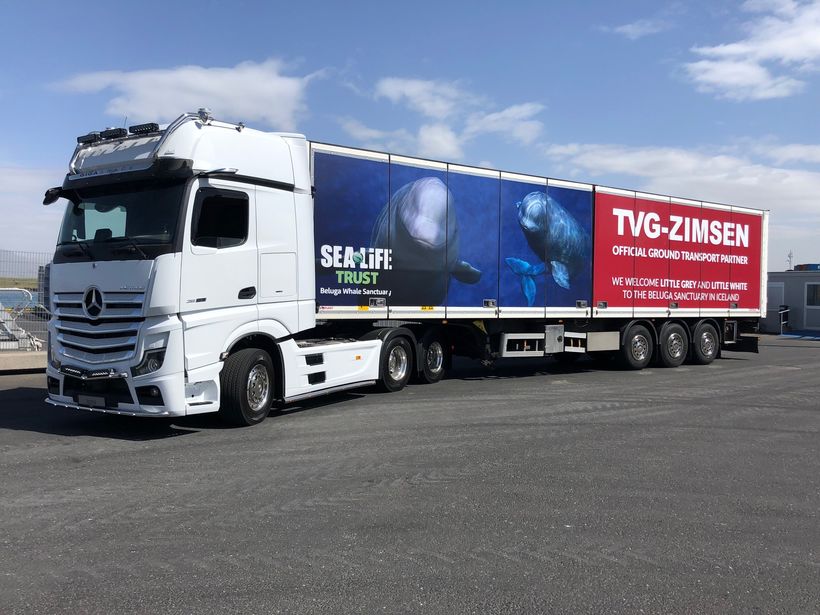 The belugas will be transported from the airport by modified trucks. Photo/TVG-Zimsen

The whales have been living in a marine animal park in Shanghai. The plan is for them to make Klettsvík cove in Vestmannaeyjar islands their future home. Tourists will be able to observe them in their new home, which is a pen in the cove.

The belugas, called Litla-Hvít and Litla-Grá (Little White and Little Gray), will be transported by a Cargolux jet from Shanghai, scheduled to land in Keflavík tomorrow morning at 10:30. From Keflavík, TVG-Zimsen will handle transporting the travelers to Landeyjahöfn harbor by modified trucks, 13.6-m long (12 ft), which have been reinforced to be able to support the weight of the tanks in which the belugas come.

Preparations have been ongoing for half a year, Sigurjón Ingi Sigurðsson, project manager at TVG-Zimsen, tells mbl.is . “This is a very exciting project, sure to attract attention worldwide,” he remarks.

The travelers are no lightweights. They each weigh a ton. The gross weight of each tank will be nine tons. Between one and two tons of water from each tank must be replaced by fresh water once the belugas arrive. The trucks will serve as quarantine, with very limited access.

A camera system will stream live footage of the belugas into the cab during transport. Furthermore, a communications system will make it possible to talk to the belugas from there. The trucks will make four stops on the way to Landeyjahöfn harbor, to check on the belugas.

Then, they will be transported to Vestmannaeyjar islands by the ferry Herjólfur.