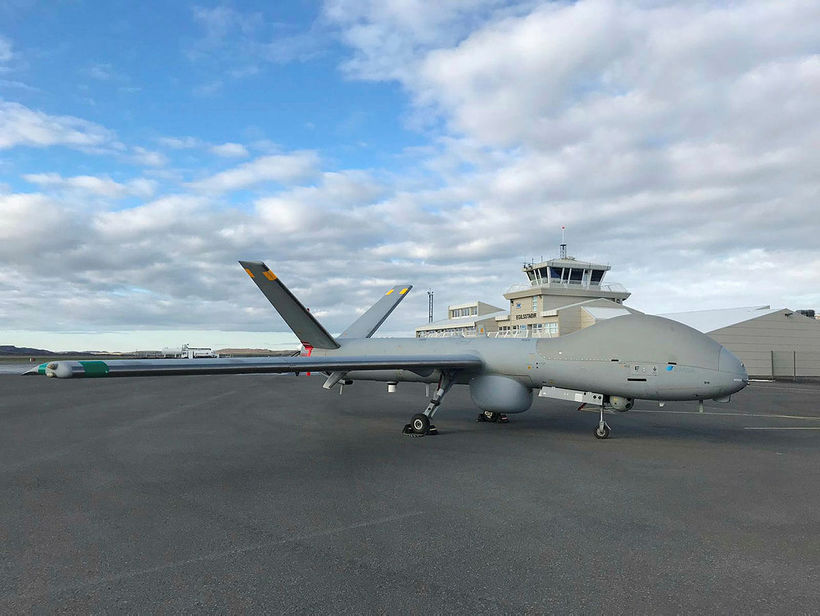 The drone at Egilsstaðir Airport.

The Icelandic Coast Guard recently took a drone into use for monitoring the waters around Iceland. This is an experimental project that runs through mid-July, done in cooperation with the European Maritime Safety Agency, EMSA, Morgunblaðið reports.

Georg Lárusson, director of the Icelandic Coast Guard tells Morgunblaðið that the experience from using the drone is very promising.

“We have high hopes for this equipment and the possibility it offers,” he states. “We are responsible for a search and rescue area encompassing 1.9 million km2 [734,000 sq mi]. Our economic zone covers 760,000 km2 [293,000 sq mi] – many times the size of the country. Maritime traffic has increased considerably in our area and will increase even more in coming years. We need all available technology to have an overview and conduct monitoring, search and rescue in this large area. Therefore, we’re very excited about this new drone technology.” 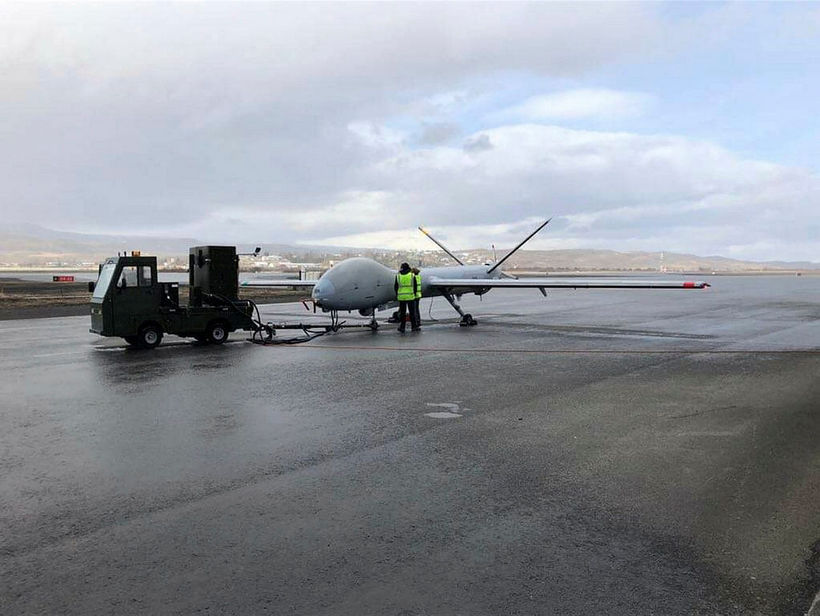 The drone’s first monitoring flight was on April 17 from Egilsstaðir Airport, East Iceland. That will be its base into July, where it will be tested under Icelandic conditions. This is an experimental project between the Icelandic Coast Guard and EMSA. A group of 16 specialists accompany the drone – technicians and pilots who operate it by remote control via satellite. Staff from the Icelandic Coast Guard follows their work and learns from them.

The drone is a Hermes 900, made in Israel for civilian airspace. It has a wingspan of 15 m, weighs more than a ton, has a range of 800 nautical miles and has an endurance of 12 hours. It will be flown mostly at an altitude between three and four thousand ft, although it has the capacity to fly as high as 30,000 ft. It travels at a speed of 120 km/hr and has de-icing equipment. It has a powerful camera and sends pictures to its base in real time. In coming days, it will also be equipped with a radar, capable of monitoring maritime traffic at a 180-km distance if flown at 10,000 ft, the maximum altitude it is allowed to fly at here around Iceland.

Egisstaðir was chosen as its base for the experimental flights, because drones are not allowed to fly in the southwest corner of the country, due to air traffic around Reykjavík and Keflavík.

The drone is the first one used for test flights by EMSA. It can be used for monitoring passenger ships, discards from fishing vessels, and maritime traffic in general.

You can read more about the project here .