Why are puffins in decline? 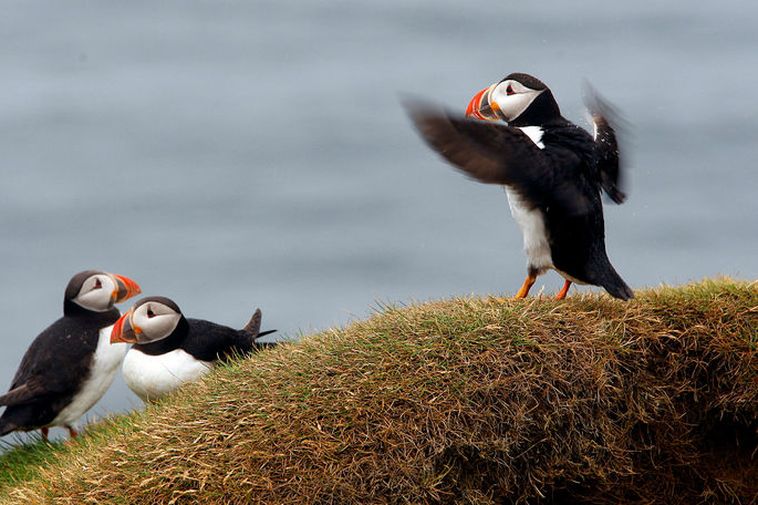 “Why are puffins vanishing?” is a question that The New York Times journalist John Schwartz wanted answered. He traveled to Iceland in search of an explanation, where he visited Grímsey, Papey and Lundey islands, along with Erpur Snær Hansen, PhD and acting director of the South Iceland Nature Research Center and Annette Fayet, PhD and junior research fellow at the University of Oxford.

Iceland is home to the largest population of Atlantic puffins. Here, their population has declined from more than 7 million to 5.4 million.

Fickle pray, overfishing, climate change and pollution all play a part in the puffins’ decline. A shortage of silvery sand eels, the birds’ favorite food, is said to be the main reason for this alarming trend in Iceland.

Icelandic ornithologist Ævar Petersen states the increase in sea temperature, brought about by climate change, is the “key environmental factor” behind the eels’ decline.

By banding the birds and tracking them, scientists have found that they are forced to fly ever farther in search of food, at the cost of too much energy. Forty percent of puffins in Iceland have indeed been found to be losing body mass over time.

For the complete NYT coverage and to see remarkable photos and videos of the birds, click here.