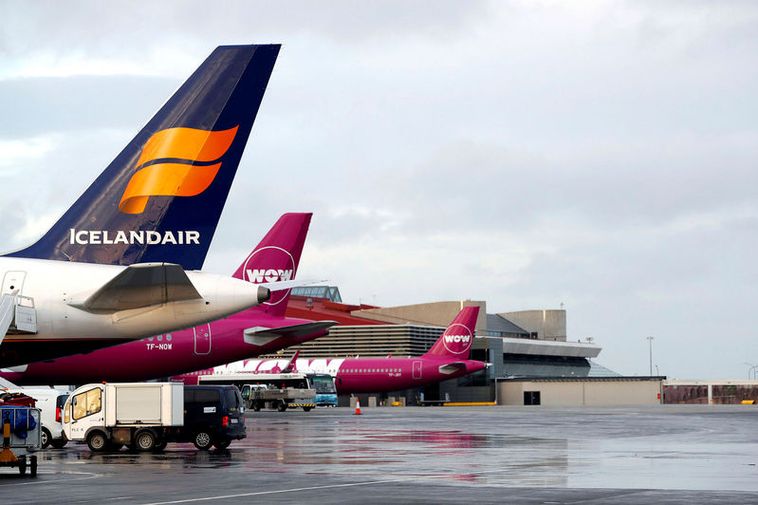 "The planned acquisition of Icelandair Group of Wow air will not go through," said Bogi Nils Bogason, CEO of Icelandair in an announcement this morning. mbl.is/Eggert Jóhannesson

Icelandair group will not be purchasing WOW air and have cancelled a purchase agreement signed on November 5th. This was a mutual agreement by both airlines. Staff of WOW air have been asked to attend a staff meeting at 10 am this morning.

This was stated in a press announcement from Icelandair this morning to the Iceland stock exchange.

In an email from CEO of WOW air Skúli Mogensen to his staff this morning he says that his aim is to keep running WOW air as an independent airline and hopes to be able to bring good news to his staff soon.

Icelandair Group hf. issued a stock exchange release last Monday, November 26th, stating that the company estimated that it would be unlikely that all of the conditions in the share purchase agreement would be fulfilled by the shareholders’ meeting on November 30th. That situation remains unchanged.

Bogi Nils Bogason, Interim President & CEO of Icelandair Group commented:
"The planned acquisition of Icelandair Group of Wow air will not go through. The Board of Directors and management of both companies have worked on this project in earnest. This conclusion is certainly disappointing. We want to thank WOW air‘s management for a good cooperation in the project during recent weeks . All our best wishes go out to the owners and staff of the Wow air. "

Skúli Mogensen, CEO and Founder of Wow air commented:
"It was clear at the outset that it was an ambitious task to complete all the conditions of the share purchase agreement in this short period. We thank the Icelandair Group's management team for this challenging project, and also wish the management and staff of Icelandair Group all the best."