Immigration protest and counter-protest in Reykjavik 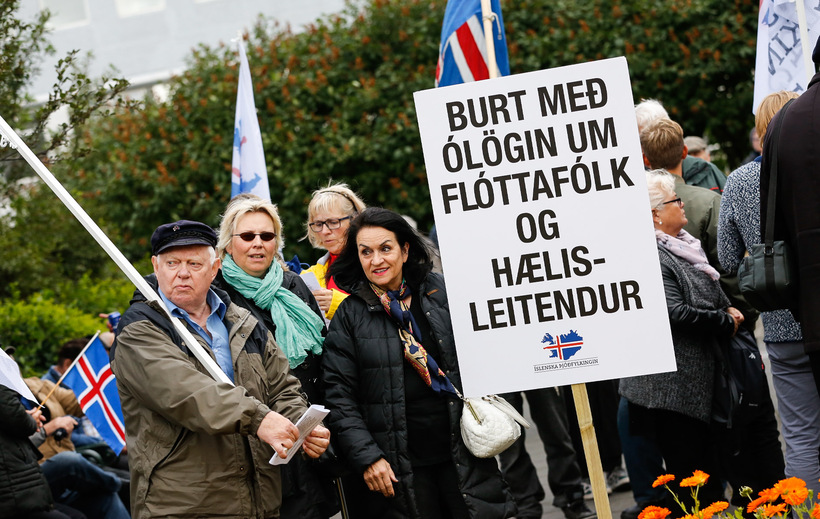 Two opposing groups of protestors gathered in central Reykjavik this afternoon to express their views on issues of immigration and multiculturalism in Iceland.

On the one hand were demonstrators who had come to Austurvöllur square in Reykjavik – in front of the Parliament building – to show their support and solidarity for refugees and asylum seekers in Iceland. 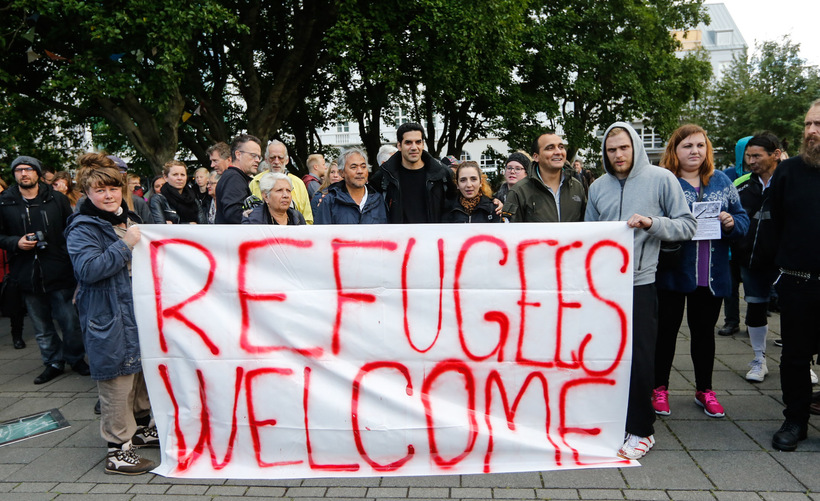 On the other, members of Iceland’s right-wing, nationalist Iceland National Front party, protesting against new legislation on foreigners in Iceland.

The twin protests were peaceful, but noisy with drums and horns. 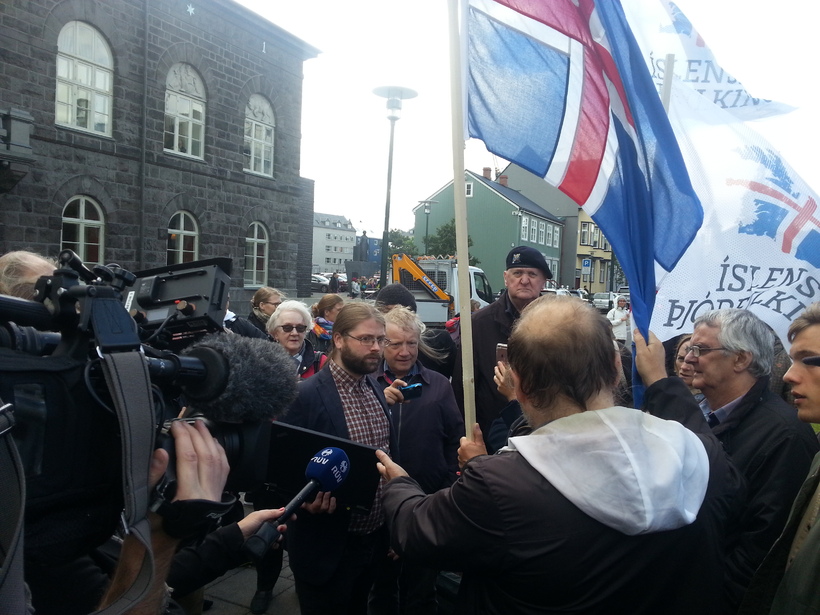