The body of a young, Chinese woman was discovered in the ocean near Reynisfjara beach, South Iceland, yesterday, mbl.is reports. According to a Facebook post from the South Iceland Police, it was the crew of the Icelandic Coast Guard helicopter that found the body.

The Emergency Line received a call at 2:50 pm, reporting that a foreign tourist had been caught by a wave on the beach. Rescue teams immediately started searching for the tourist. The search was conducted, too, by boat, in addition to the Icelandic Coast Guard helicopter.

The investigative department of the South Iceland Police Chief is investigating the cause of the accident.

A tour guide, David Kelley, who witnessed the accident, states that very large waves were breaking on the shore when the accident occurred. About 200 people were on the beach at the time. He was there with his group of tourists when he heard screams and saw four tourists, who were not part of his group, in the ocean. 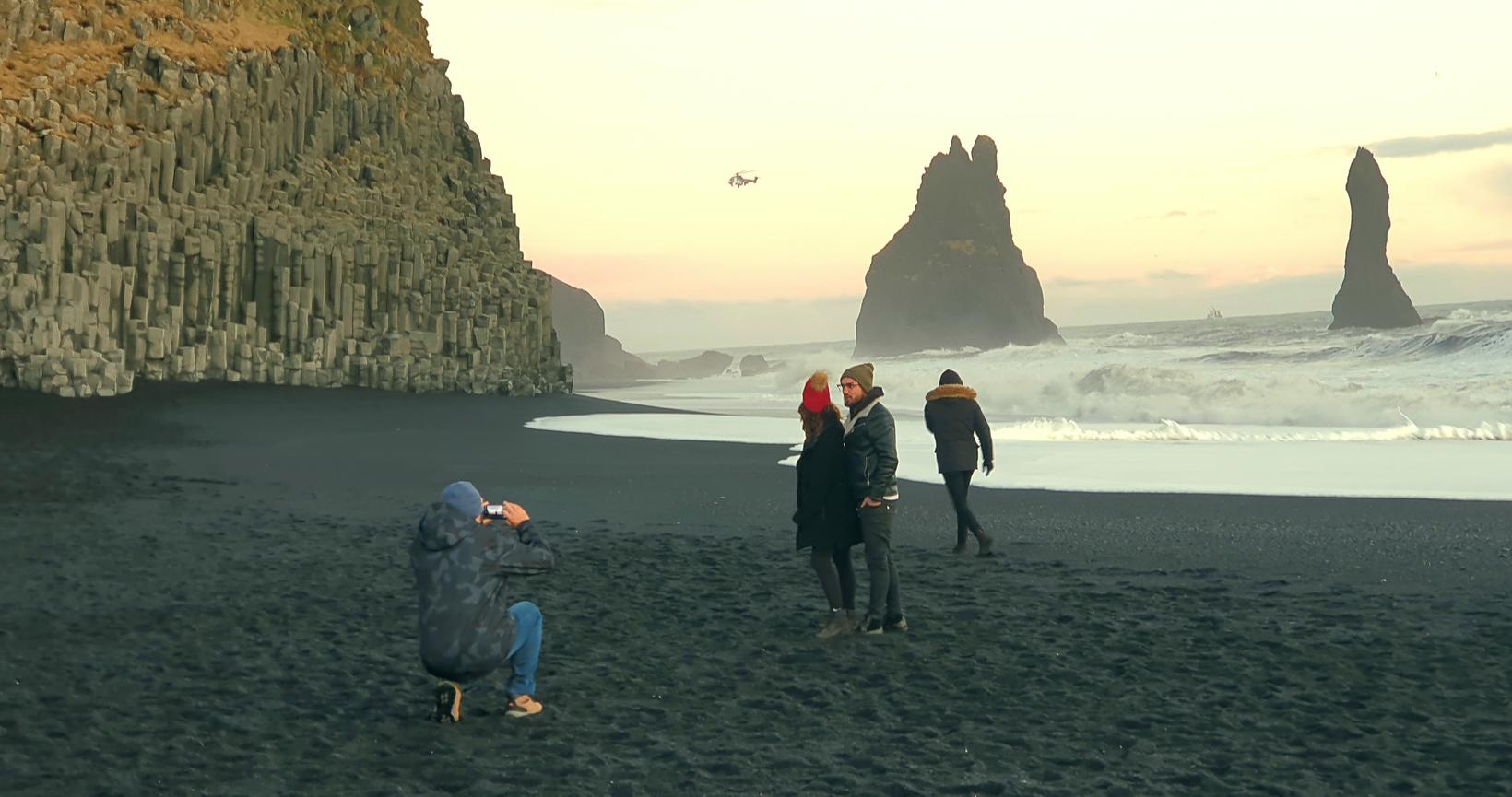 “One of them made it to the shore,” he states, “two managed to make it back to the shore after falling completely in, but the fourth one was pulled out by a powerful wave… I lost sight of her about 200 meters from the shore.” He called the Emergency Line as soon as he realized she could not be saved without help.

Reynisfjara beach and the adjacent Kirkjufjara beach are among Iceland’s main tourist attractions. They are notorious for the danger presented there by sneaker waves.

This is the fourth time in 15 years that a tourist is killed on those beaches by a sneaker wave. The other fatal accidents occurred in 2007, 2016 and 2017. Large warning signs were installed on and near the beaches in 2016. Numerous times, though, there have been narrow escapes as tourists were swept out to sea.

Reckless behaviour to get the right photo