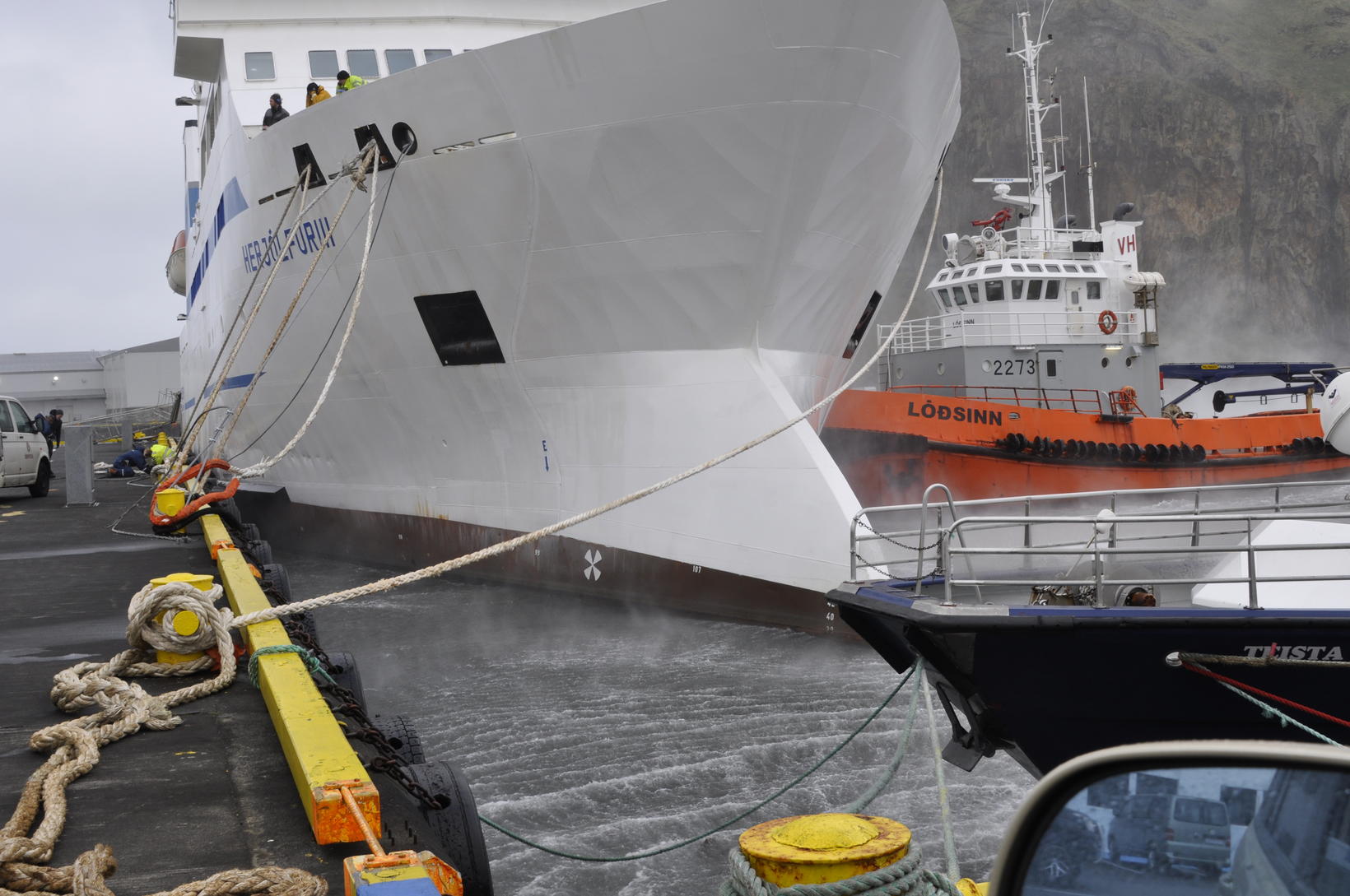 Rescue workers in Iceland were busy yesterday when severe weather hit most parts of the country, Morgunblaðið reports. In Vestmannaeyjar islands, the old ferry Herjólfur came loose in the harbor in the afternoon. Harbor workers managed to start the engines, and with the aid of the towboat Lóðsinn, it was possible to push the old ferry back to the dock. 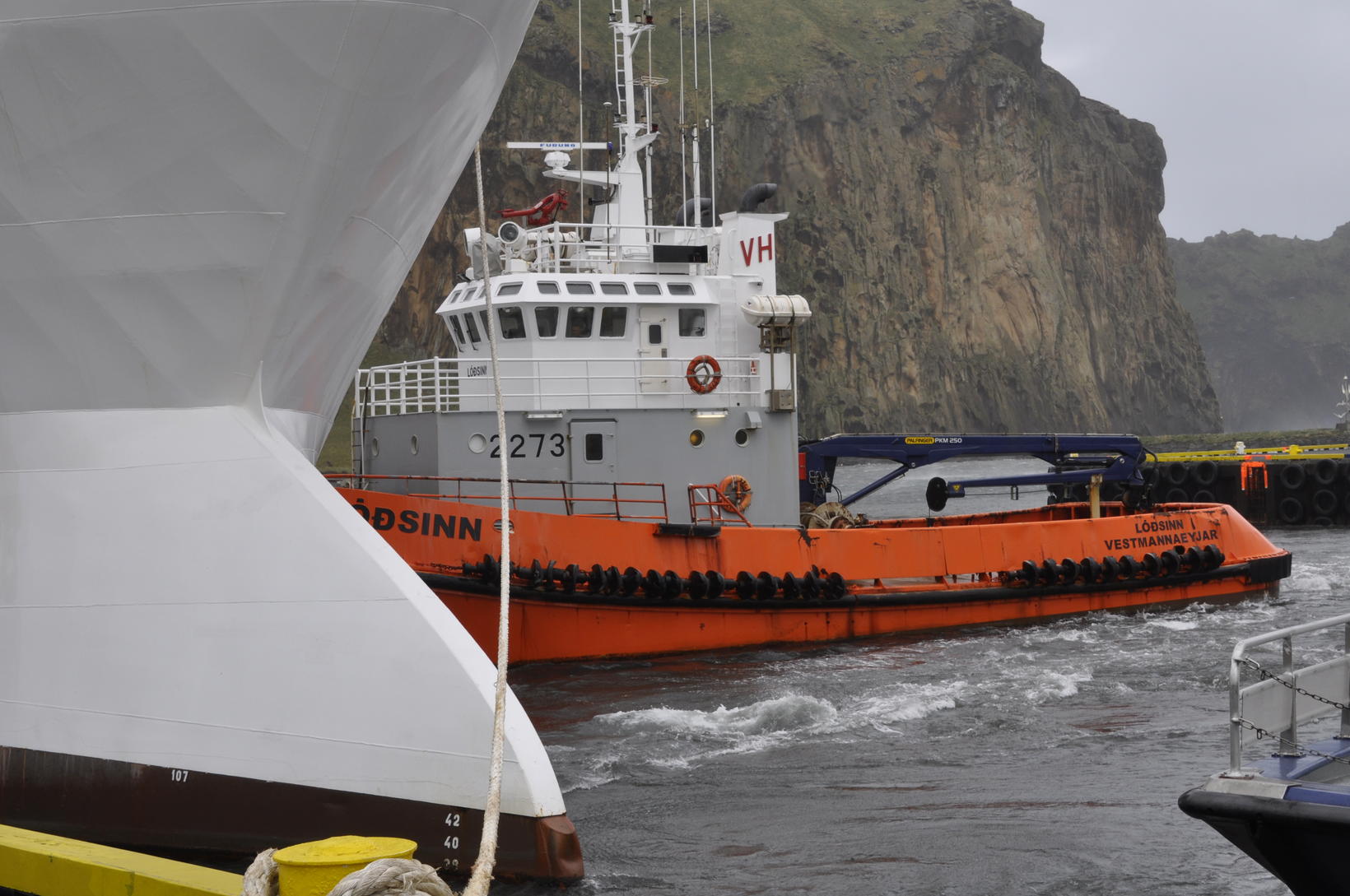 When the weather was the worst, about 200 rescue workers were at work, states Davíð Már Bjarnason, media representative for ICE-SAR, the Icelandic Association for Search and Rescue. 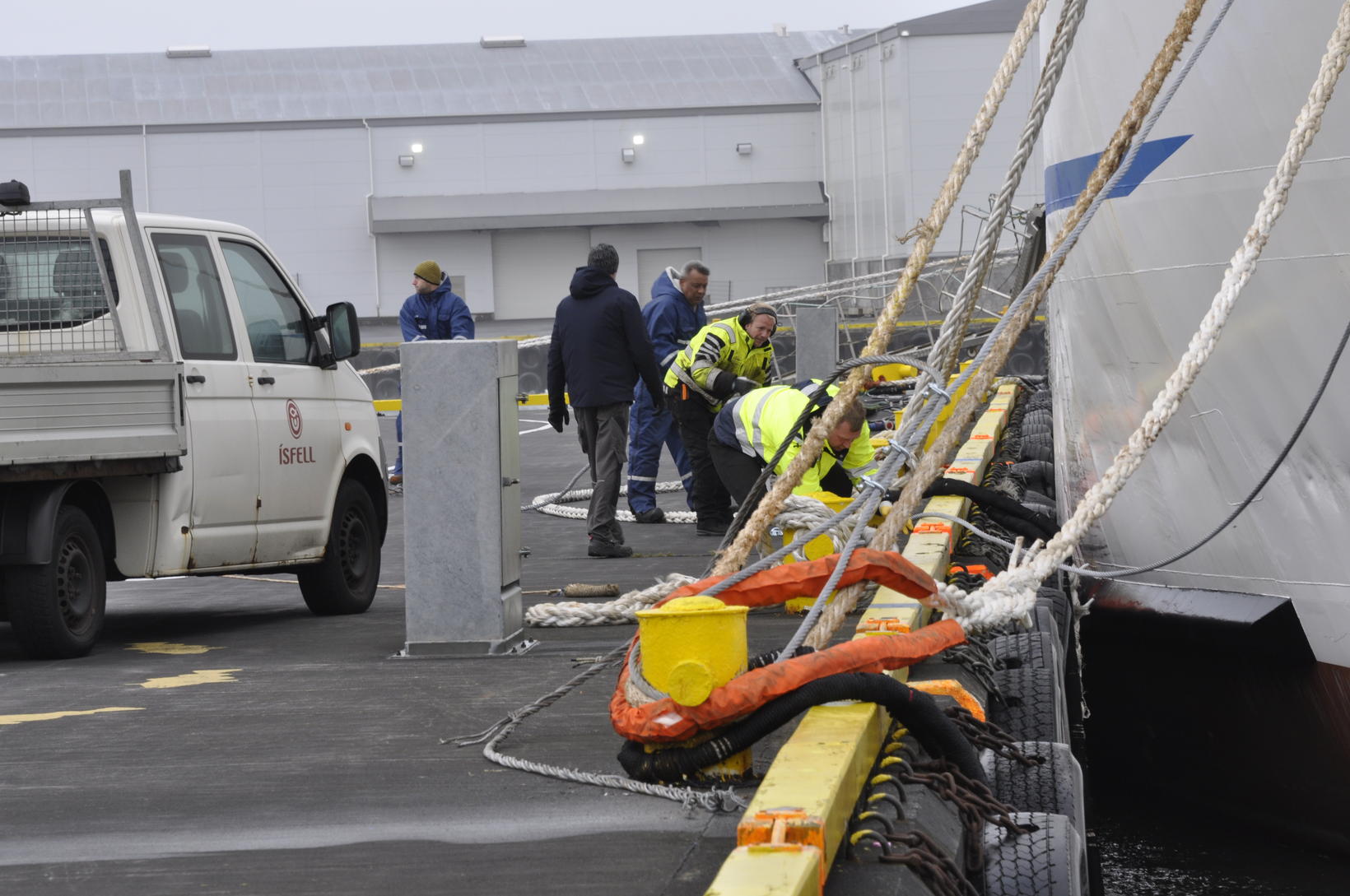 Workers tie the ship back to the dock. mbl.is/Óskar Pétur Friðriksson


“The morning was quiet,” he relates, “but suddenly, at about 1 pm, we had this wave of phone calls, something you don’t often experience. They were called out every five to ten minutes for more than two hours. The main tasks were related to wind damage, mainly in South Iceland.”

There were calls from the Reykjanes peninsula and from Höfn in Hornafjörður, Southeast Iceland, as well. Roofing sheets and things like trampolines went flying in the storm, and even some cars rolled over. 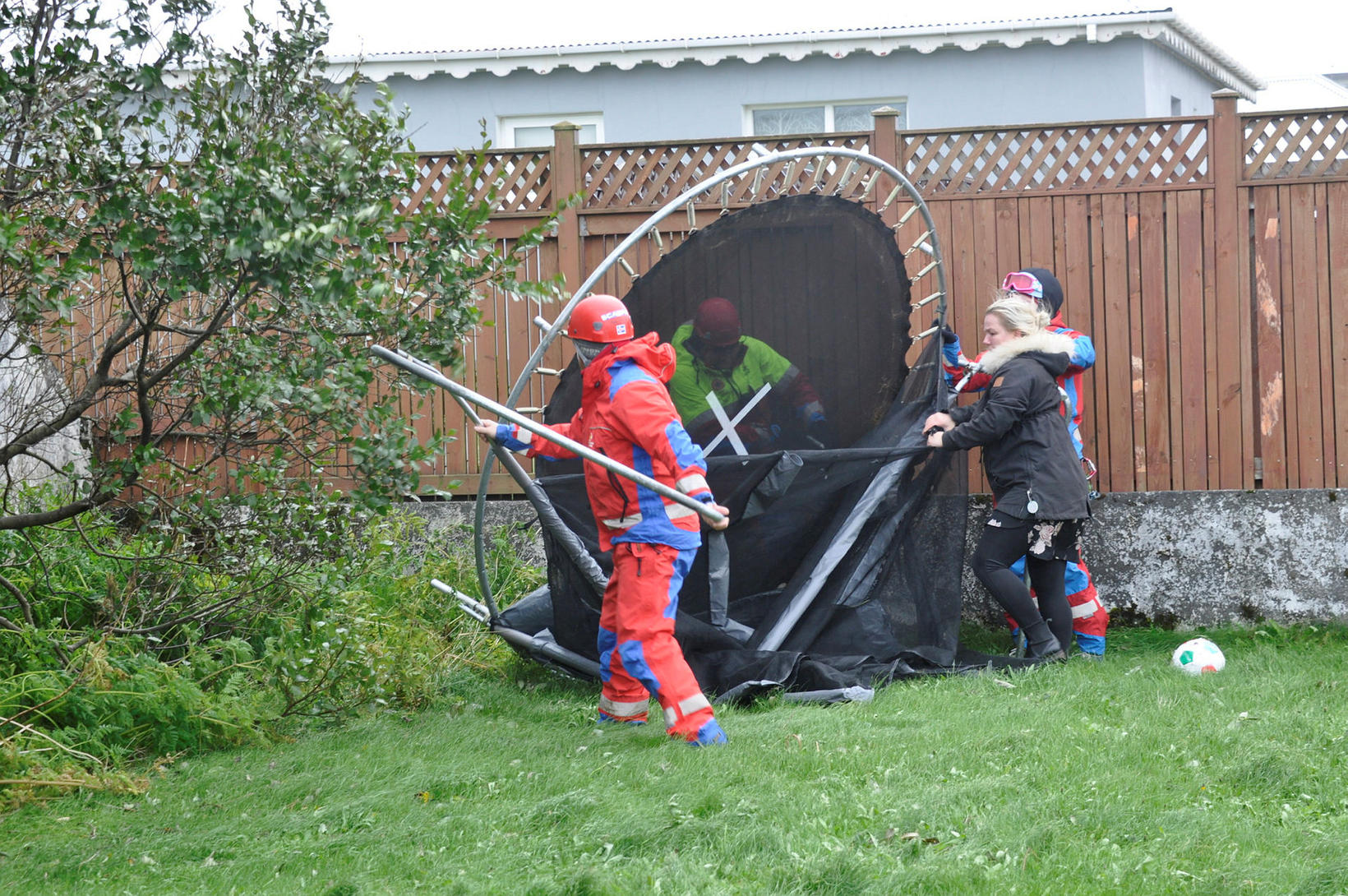 
An RV was blown off the road in Hvalnes, northeast of Höfn. No one was injured.

Conditions for fishing east of the country were bad, too, due to strong winds.