‘Invaluable Coverage’ of Eruption on CBS and ABC 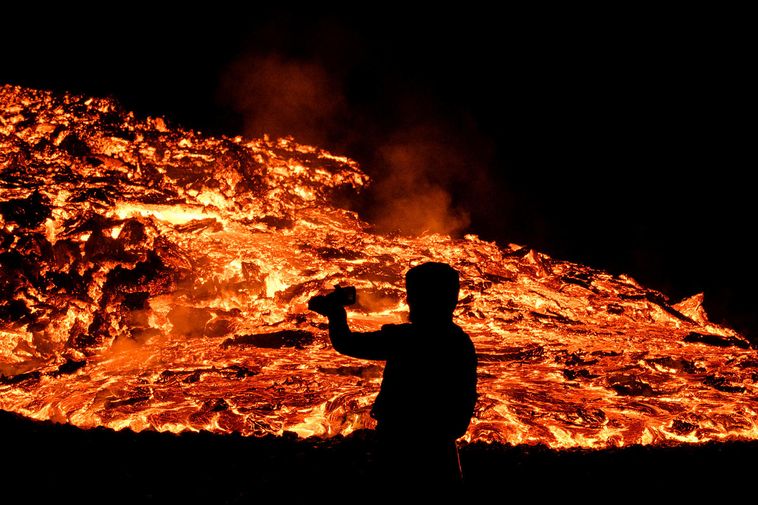 Millions of people are likely to have watched coverage of the Fagradalsfjall eruption in Southwest Iceland on the American television news magazine 60 Minutes on CBS last weekend, Morgunblaðið reports. (See here). On average, the program is watched by 7.5 million people.

In addition, the eruption was covered live in late April by the morning news program Good Morning America on ABC – a program which on average is watched by 3.2 million viewers. Finally, promotional videos introducing Iceland were widely watched during a broadcast from one of the world’s largest e-sporting events, League of Legends Mid-Season Invitational, held in Reykjavík earlier this month.

Sigríður Dögg Guðmundsdóttir, head of tourism at Business Iceland, states that the coverage of CBS and ABC is invaluable for Iceland. She explains that the staff of Business Iceland and their PR offices worked closely with the producers preparing for the broadcasts.

In addition, she notes that the e-sporting event League of Legends Mid-Season Invitational was streamed online – an event watched by up to 1.8 million people at once and with about 100 million cumulative views. A video from Business Iceland was shown during a commercial break, promoting Iceland as a tourist destination and as a place to live and work.

Sigríður Dögg states that Business Iceland and its partners will be launching a major ad campaign in June, similar to last year’s Let It Out campaign.

She explains that tourists destination worldwide have taken a major hit and, therefore, competition in the industry is tough.