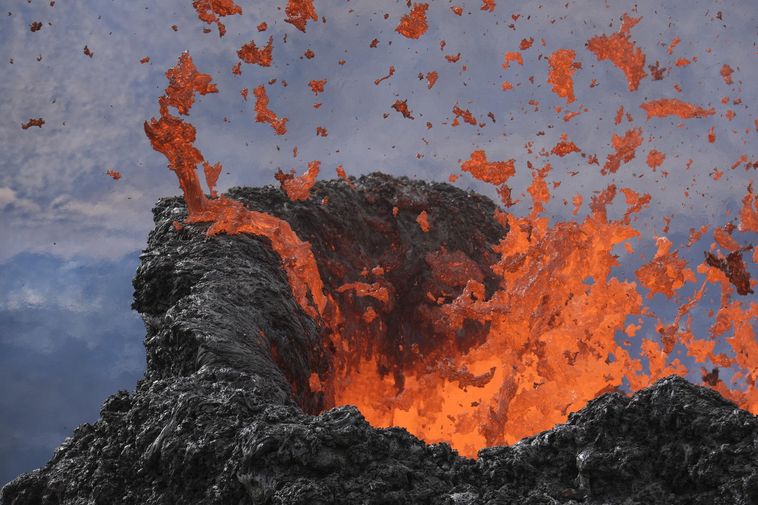 On the program, two specialist from the Icelandic Met Office were interviewed: Sara Barsotti, volcanic hazards coordinator, and Melissa Anne Pfeffer, atmospheric volcanologist. They are among scientists who are closely following the eruption, which began March 19.

You can watch part of yesterday’s program below:

The program is part of the morning show’s coverage to celebrate Earth Day, which is today.

In the second clip, a drone flies over the eruption site, catching one of the craters collapsing during the live broadcast. Clearly, the reporter is fascinated. He reports waking up to an earthquake the previous night. The earthquake, of magnitude 4.1, was the first one in the area in excess of 4.0 since the eruption began.