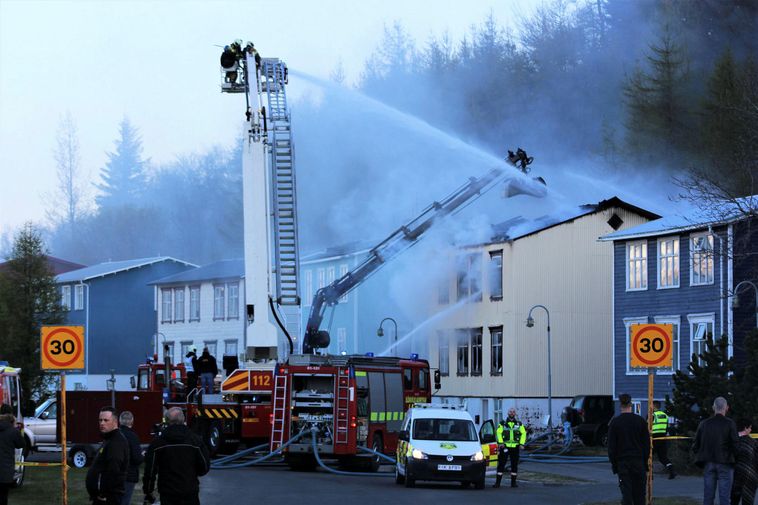 A total of six people have lost their lives in fires in Iceland this year – the highest number in almost 11 years, Morgunblaðið reports. The most recent fatality occurred on Sunday, when a woman on the farm Augastaðir in Borgarfjörður, West Iceland, lost her life when fire erupted in the farm house.

The previous weekend, a man in his 30s died when fire erupted in an RV by the farm Torfastaðir in Grafningur, Southwest Iceland. In June, three people died in a large fire in a house on Bræðraborgarstígur, Reykjavík, sparking debate in society about the housing conditions of immigrants. And in May, a man died in a house fire in Akureyri.

Last year, one person died in a house fire in Iceland, and three people in 2018. Altogether, 21 people have died in house fires in Iceland since the beginning of 2010.

Fire departments are responsible for fire prevention inspection, but that is limited to public buildings and businesses. In apartment buildings and other private homes, the fire prevention efforts mainly involve a representative from the fire department inspecting a new building, along with the municipality’s building inspector, right before the building is taken into use. Further monitoring is not permitted, especially considering the protection of privacy.

“Of course we focus on protecting people’s lives in case of a fire,” states Þorgeir Margeirsson, who works for the fire prevention department of the Housing and Construction Authority. “That’s always the number one issue in our preventive work.”

“How far you can go in terms of fire prevention inspection is a very delicate matter,” states Pétur Pétursson, fire chief in Árnessýsla and head of the Association of Icelandic Fire Chiefs. “Of course, we want to prevent accidents, but we mustn’t go too far by infringing on people’s privacy. Prevention has to focus mainly on preventive work, and we are engaged in many such projects.”

He states that people have especially been worried about RVs, such as trailers and motorhomes. If they catch fire, people have only a few seconds to escape, if any at all. The chance of a gas leak causing a fire is a major risk factor. Therefore, there are plans for all gas-related equipment to be inspected when the RVs come in for annual inspection. Such an inspection is the norm in the countries around us.