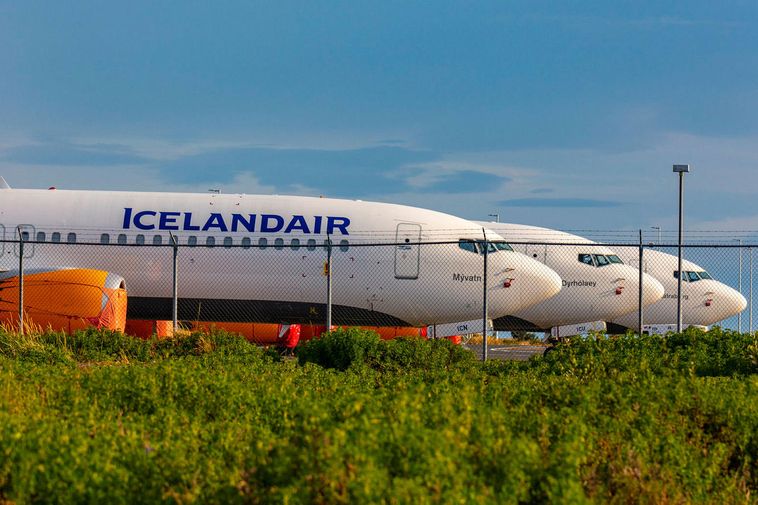 Icelandair Group is looking into the possibility of canceling the purchase of ten Boeing 737 MAX aircraft the company ordered, which have yet to be delivered, Morgunblaðið reports. Icelandair has already received six such aircraft, grounded since March of last year, following two fatal crashes.

As we reported two weeks ago, based on current agreements, the airline has the option to cancel the purchase, should Boeing’s delivery of the 737 MAX aircraft ordered be delayed more than 12 months.

Last year, the airline was expected to receive two aircraft by the end of March and one in April. Since more than 12 months have passed since their scheduled delivery, Icelandair is not required to receive them.

Icelandair’s directors now believe they have reason to cancel the purchase agreement of seven additional aircraft, scheduled to be delivered this year and the next.

Morgunblaðið’s sources report that Icelandair officials deem it wiser to continue using their Boeing 757-200 aircraft instead - longer than initially planned. Operating them is economical while fuel costs remain as low as they have been in recent weeks.

Doing so would lower the company’s financing cost substantially, since the list price of a Boeing 737-MAX aircraft from the factory is about ISK 16 billion (UDS 121 million; EUR 106 million).

The public offering of Icelandair is approaching, where the goal is to issue up to USD 200 million in new shares. PAR Capital Management, the company’s second largest shareholder, is not expected to participate in the offering.