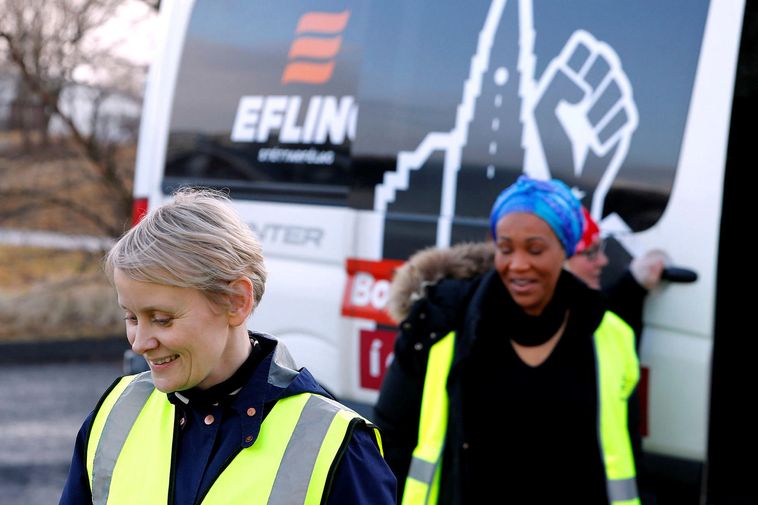 Members of Efling union who work for the City of Reykjavík went on strike at midnight, since no deal had been reached between the negotiating parties. The strike is to continue for an indefinite period, that is, until a deal is reached. No negotiation meeting has been scheduled, mbl.is reports.

The strike will have a major effect on city services. The effect will be the greatest in the city’s preschools, some of which will be closed, while others offer limited service.

Food service at some grade schools will be limited, requiring students to bring a lunch bag to school. Cleaning services won’t be offered, trash will not be collected, streets won’t be cleaned, and there won’t be any asphalt repairs. No weather-related work, such as clearing clogged drains, will be attended to.

Should the strike last for a long time, grade schools may have to be closed, since they’re not allowed to stay open unless they are cleaned on a regular basis.

Social services will be affected as well, although exceptions have been granted for emergency service, such as for the care of the disabled, the elderly, and people who stay in shelters for the homeless. In nursing homes, the dishes won’t be done, requiring the use of disposable plates, forks and knives.

Horses on the loose will not be caught, nor will other loose animals, potentially causing trouble, according to the website of Reykjavík City.