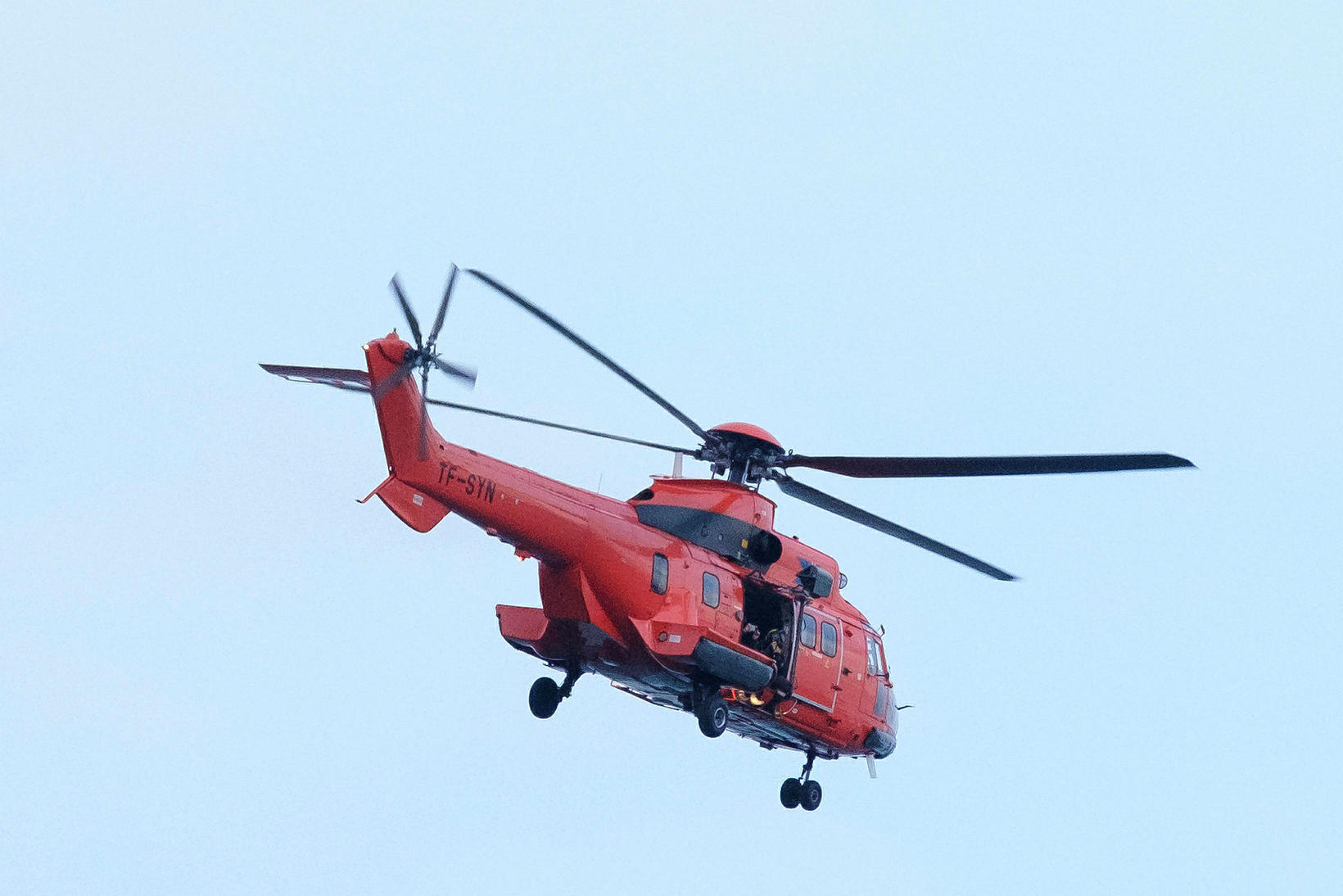 The Icelandic Coast Guard helicopter was called off, because a boat near the accident site rescued the crewmembers. mbl.is/Kristinn Magnússon

Three men were narrowly rescued from a sinking fishing boat in Breiðafjörður fjord, off the coast of West Iceland, yesterday. “The crewmembers were exhausted when we arrived, so this was a very close call,” Sigurður Þórarinsson, captain of the fishing boat Leynir, tells Morgunblaðið . “They were lying on the lifeboat, which was upside down on the water.

The crew of Leynir received a message from the Icelandic Coast Guard shortly before noon yesterday, asking them to look for the boat Blíða, which had disappeared from radar. A short while thereafter an automatic SOS was received.

“We were by Bjarneyjar islands, and we headed south, full steam,” Sigurður states. “Once we got there, we let the boat drift toward the lifeboat and pulled the three men on board. By then, they were very cold, because they hadn’t had time to put on their survival suits. The boat simply sank from under their feet.”

Weather was good at the site, calm northeasterly winds and temperatures near 0° Celcius. “The boat didn’t sink due to wind or high waves,” Sigurður states. “It did so for some other reason, which investigation will reveal.” 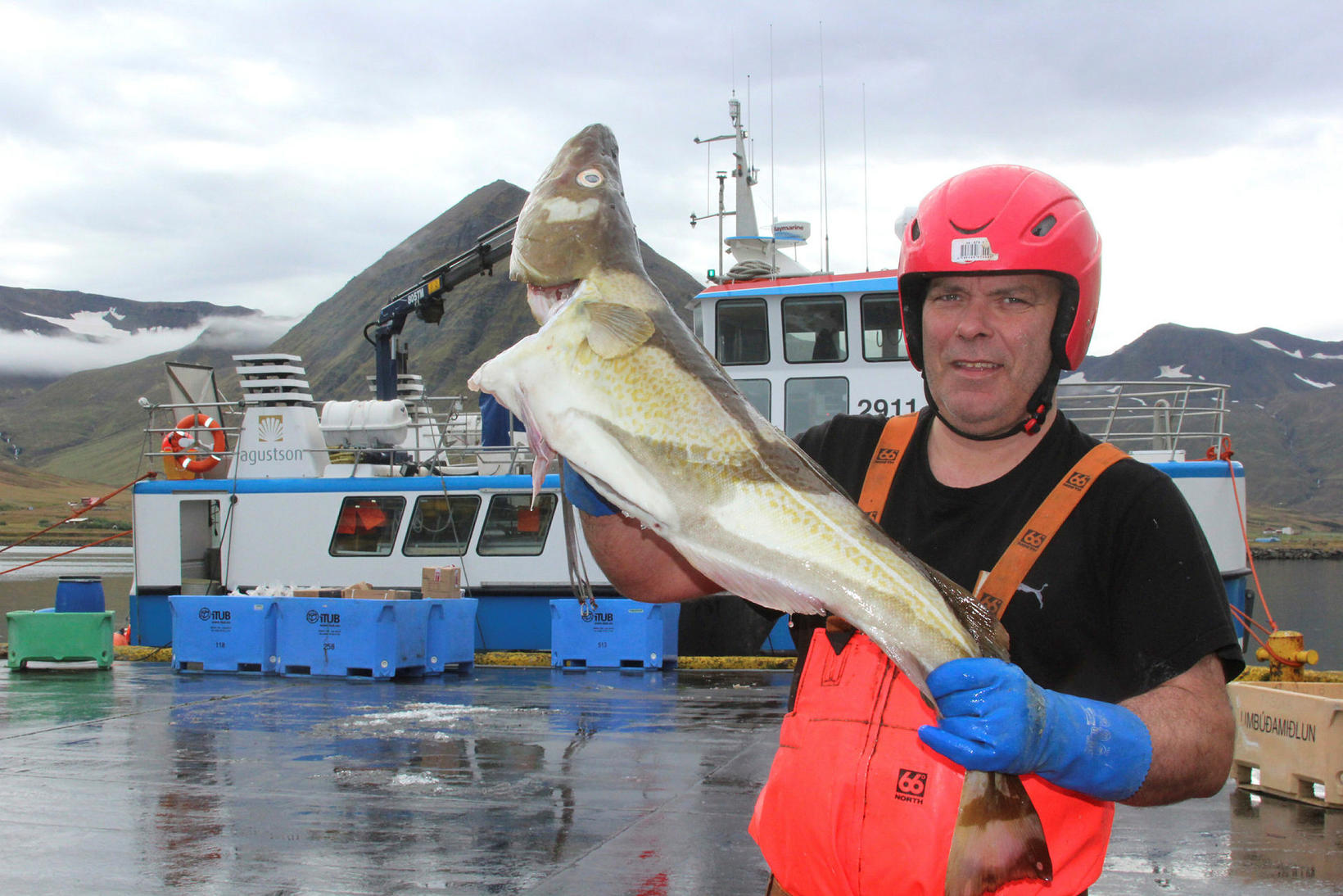 Leynir transported the crewmembers to Stykkishólmur, where they arrived around 2 pm, after which they were brought in for medical examination. Two were subsequently discharged, while the third remained hospitalized, due to hypothermia. Two of the crewmembers of Blíða are from Latvia and one is from Lithuania.

Blíða SH was a 61-ton boat, built in 1971 and enlarged in 1988. It was owned by Royal Iceland ehf. and was being used for catching whelk.

Over 340 search and rescue calls