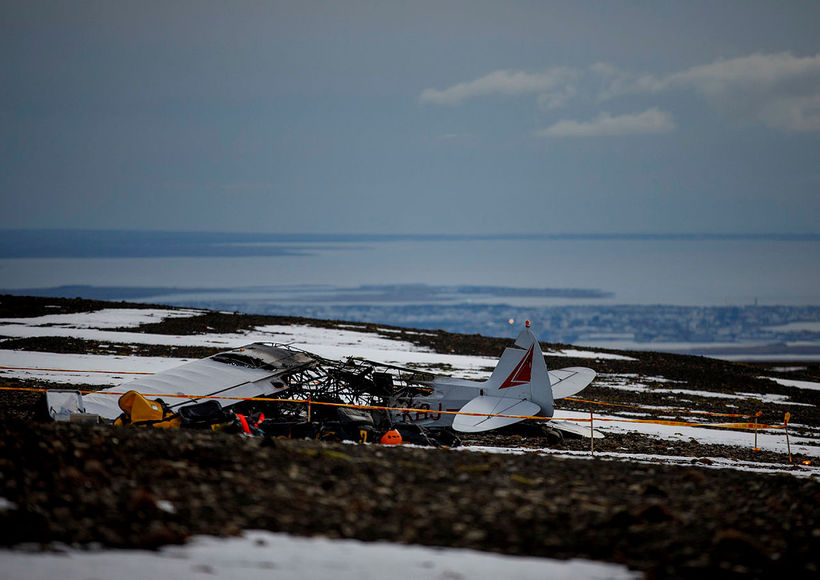 Flames destroyed most of the plane. mbl.is/Hari

Miraculously, a pilot survived when a small single engine plane he was flying crashed on top of Skálafell mountain, near Reykjavík, yesterday afternoon. He was the only person on board. The plane is a Piper PA-18 Super Cub and is owned by Þytur aviation club. Flames destroyed all but its tail and left wing, according to mbl.is .

The command center of the Icelandic Coast Guard received a message from the plane’s emergency transmitter shortly before 3 pm. At about the same time, dark smoke had been reported coming from the mountain. 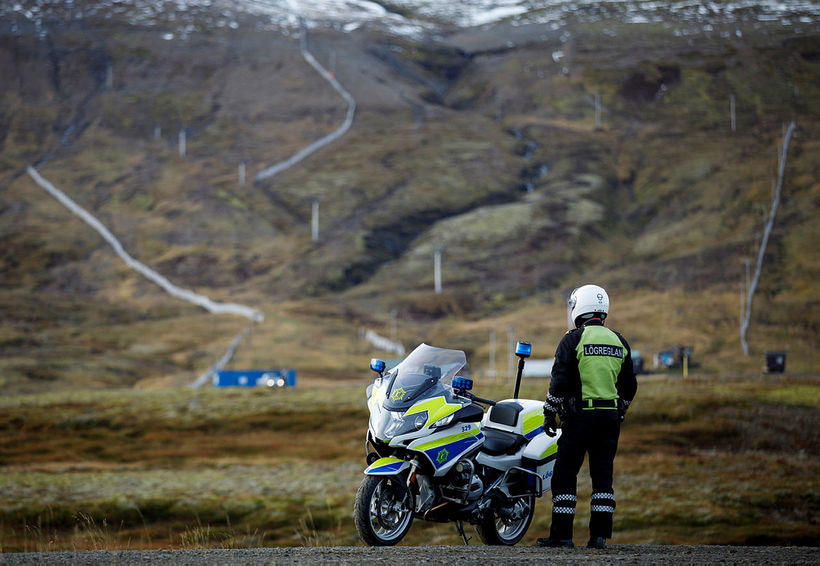 Police closed the road to Skálafell mountain during the investigation. mbl.is/Hari

The Icelandic Coast Guard helicopter was called out, but finding the wreck took a while. The crew detected the pilot at about 4:15 pm, where he came walking toward them. He was subsequently flown to Landspítali National University Hospital in Fossvogur. No information has been released regarding his condition. 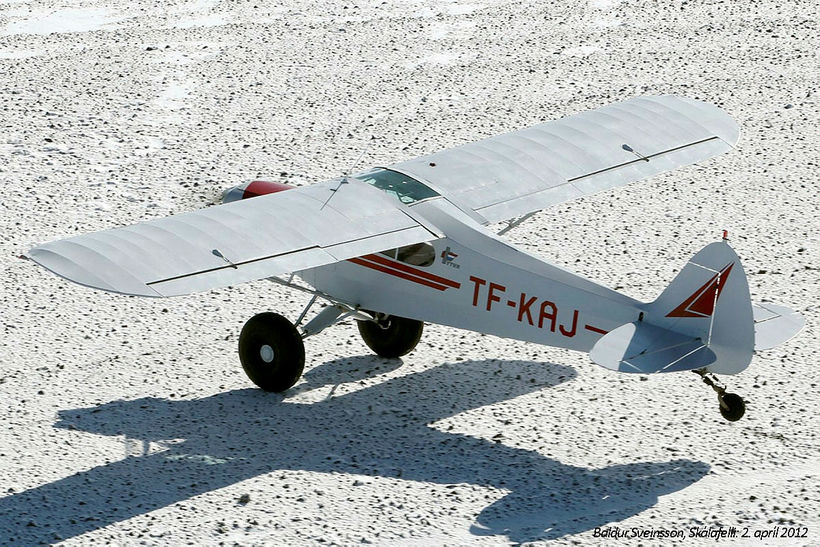 The same plane, on Skálafell mountain in 2012. Photo: Baldur Sveinsson

Representatives from the Capital Area Police forensics department and from the aviation division of the investigative board of transportation accidents investigated the scene of the accident yesterday. That investigation was completed late last night. The wreck was transported from the mountain to a hangar, where investigation will continue.

This is the eighth aviation accident the board investigates this year. A total of four people died in two plane crashes in Iceland this summer.