Vexed East Icelanders tell weather forecasters to get out the way 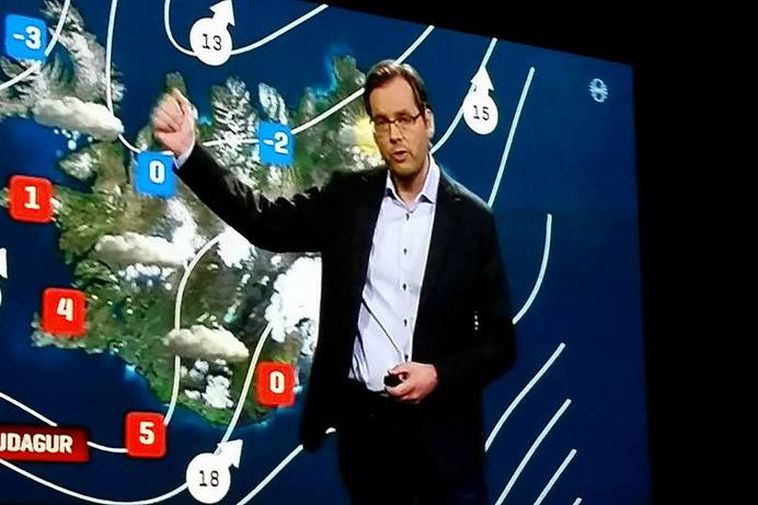 A Facebook group of disgruntled TV viewers has emerged calling on weather forecasters not to stand in front of and block East Iceland when presenting their bulletin.

“Stop standing in front of East Iceland, dear weather forecasters” is the tongue-in-cheek name of a 100-strong group on social media who are fed up with presenters obscuring the region of Iceland while on air.

“East Iceland will see a suit and a white shirt over the next few days,” was the satirical post of group member Eiður Ragnarsson yesterday, accompanied by the picture above.

“This is maybe a bit of pointless whinging and we can of course see the weather elsewhere,” Ragnarsson tells East Iceland news website Austurfrétt (link in Icelandic).

“But since this is on TV, I think is just common courtesy to be able to see major information such as the temperature and wind in our region.”

A response just received in the Facebook group from national TV broadcaster RÚV says that the point has been made and that improvement will hopefully be on their way soon.