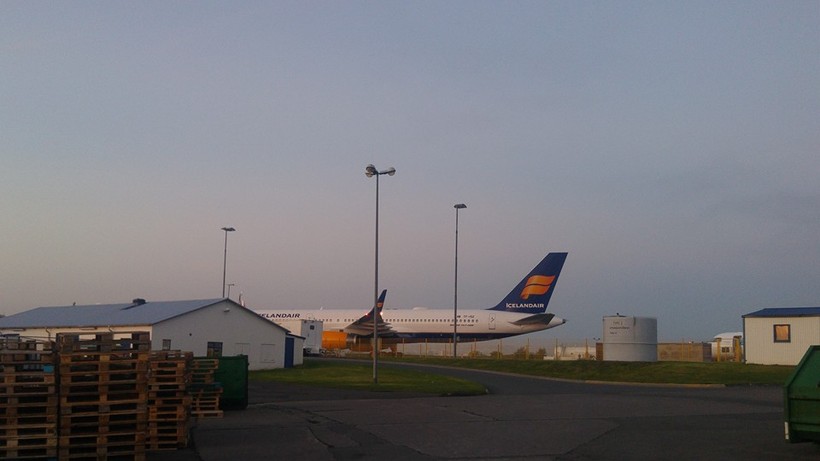 This is a very rare occurrence during the Icelandic summer – and the good equipment and lack of surrounding natural obstacles at Keflavík Airport mean that poor visibility very seldom causes flights to be diverted.

One Icelandair flight and one Germanwings flights landed instead at Reykjavik City Airport, while an Air Berlin flight from Hamburg landed in the East Iceland town of Egilsstaðir.

The fog began to lift around 3am and landings at Keflavík resumed. 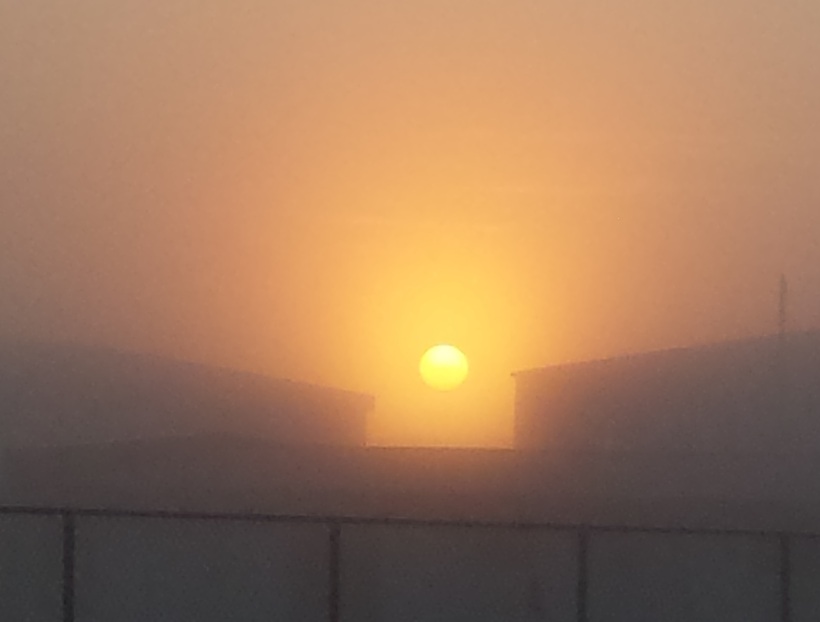 The sun poking through the fog at 4am this morning in Keflavík. Photo: Bridget Korevaar