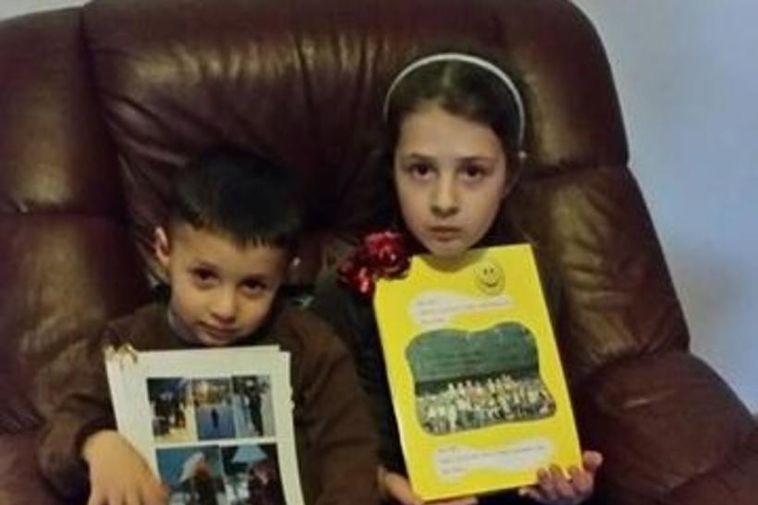 Kevi, 3, with his sister, both now back in their native Albania. Photo: DV

"This is a joyous day," said Hermann Ragnarsson who applied for citizenship on behalf of the two Albanian families who were deported recently. The Icelandic Government offered them citizenship yesterday.

Ragnarsson spoke with the family via a translator on Skype and said, " I'm sorry to tell you that the Government had a very difficult decision to make as the matter is very political. But Parliament still made a decision. They have agreed to offer you Icelandic Citizenship."

The family, whose three-year-old son suffers from cystic fibrosis, cried tears of joy at the news. The conversation can be see here as reported by RÚV.

"Now they are Icelanders, not refugees and not asylum seekers. I have to pay for their flights, find an apartment and some furniture," says Ragnarsson who has started a fundraiser to help the two families to get back to Iceland.

The other Albanian family who was deported have a one-year-old boy with a heart defect.

The deportation of the two families caused public outrage in Iceland.