View of Eruption Before Landing at KEF Airport 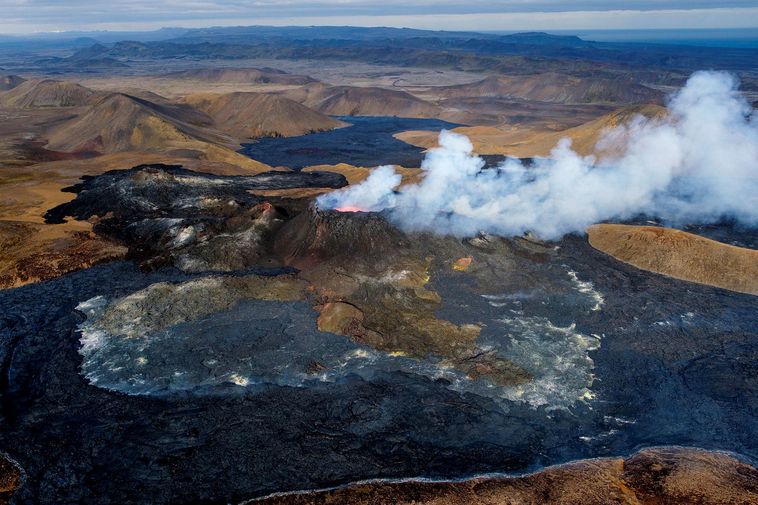 “The eruption  is a magnet,” states Icelandair captain Jóhannes Bjarni Guðmundsson, referring to the volcanic eruption by Fagradalsfjall, Southwest Iceland.

For this reason, Icelandair pilots do their best, weather and conditions permitting, to fly over the eruption site when coming in for landing at Keflavík International Airport, Morgunblaðið reports. In particular, they attempt to do so when arriving from Europe, which is between 3 and 4 o’clock in the afternoon.

Icelandair crew members, interviewed by Morgunblaðið, state that once they have boarded the plane, passengers frequently ask whether the eruption can be seen during landing approach. Once told it can indeed be seen, there is much anticipation among them.

In addition to following guidelines from the Icelandic Transport Authority regarding how to fly near the eruption site, Icelandair has its own procedure policy. Pilots must exercise extreme caution, since the aircraft fly rather low.

“You go slightly out of your way during the approach to Keflavík, allowing the passengers to enjoy this unbelievable view,” Jóhannes states. “It’s probably unique worldwide to have an eruption so to say at the end of the runway of an international airport,” he concludes.