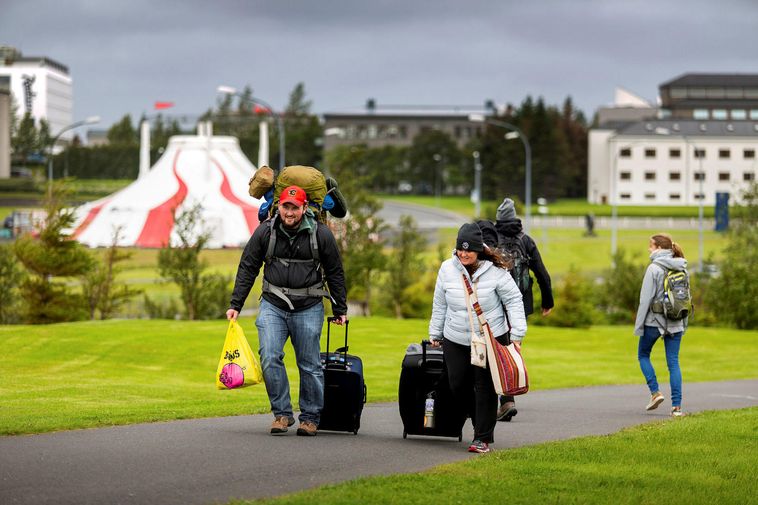 “We’re pleased with the developments, and the outlook is good for the fall,” he states. “We believe there are numerous opportunities for Iceland as a tourist destination, and we believe tourists will be eager to come here.”

Yesterday, Icelandair began offering direct flights between Seattle, Washington, and Keflavík International Airport, and by the end of May, the airline will be flying directly to a total of six destination in the US: Boston, New York, Seattle, Washington D.C., Chicago and Denver.

In April, an Icelandair advertisement on Times Square, New York City, showing pictures from the eruption by Fagradalsfjall mountain, Southwest Iceland, received a great deal of attention. Bogi won’t reveal the cost of the ad, but he states the price, based on a contract made in 2019, was at a fair price.

“We assume that once the rate of vaccinated people increases and travel restrictions are eased, other markets, such as Europe and Canada, will respond the same way as the US,” Bogi states. “We’ve seen positive development in the British market since Friday, when it was announced that Iceland would be listed green, along with 11 other countries, as of May 17.”

He adds that Icelandair’s strength lies, among other things, in how quickly the airline can respond. As soon as the US market revived, it was possible to add a number of flights between Iceland and the US.

In addition to the volcanic eruption, Iceland has caught attention abroad for its good progress in fighting the COVID-19 pandemic.