Bridge to Be Crossed in Daylight Only 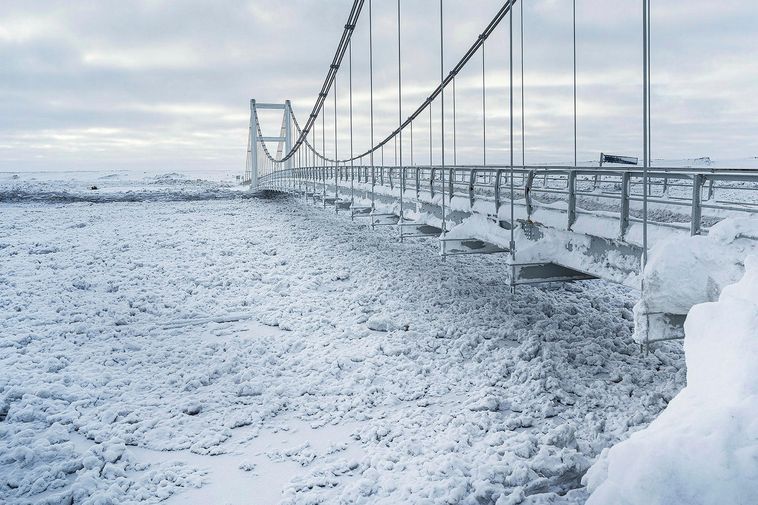 The bridge over the glacial river Jökulsá á Fjöllum, Northeast Iceland, on Ring Road 1, remains open in daylight only, from 9 am till 6 pm, Morgunblaðið reports. Traffic across it is being directed. The bridge was closed  for a while after ice and slush from the river flooded the road west of the bridge on January 26. The flood occurred when a dam, created by chunks of ice in the river, burst.

The Icelandic Met Office is closely monitoring the situation, and an uncertainty phase is in place, due to a build-up of slush and an increased risk of flood. Because of an ice jam in the river, the water level, which peaked Saturday, remains high.

The river is being monitored on site. Less than a meter (3 ft) separates the surface of the river and the bridge deck by the river banks, but more in the center, according to Heimir Gunnarson, technologist for the Road Administration in North Iceland. The road on both sides of the bridge is designed to receive water in order to protect the bridge, in case of a flood.

The slush is now frozen, but if  a low pressure system were to bring warmer temperatures to the area, the fear is that could result in a flood. The forecast is for cold weather to continue into Sunday.

Traffic control over the bridge will be reassessed tomorrow, Wednesday.