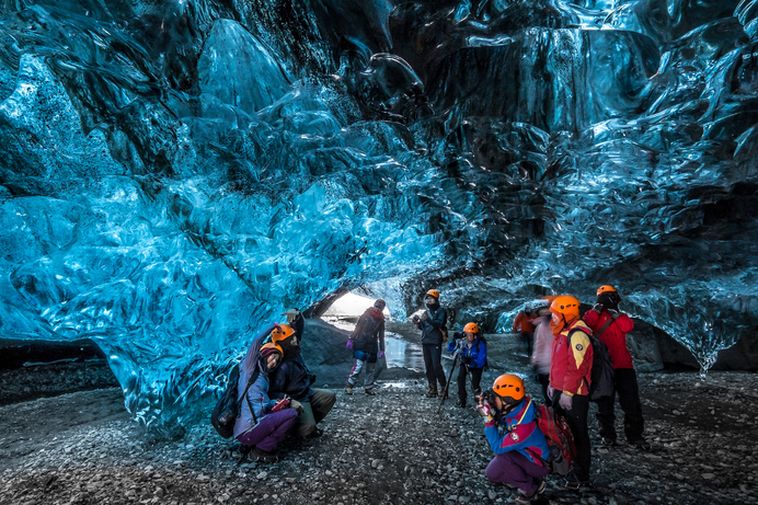 A limited number of people will from now on be allowed to visit ice caves and to go glacier hiking within five areas in the southern part of Vatnajökull National Park, Morgunblaðið reports. The park received applications from 27 businesses specializing in such trips.

These applications have now been processed and the businesses have each been allocated a tourist quota within the five areas.

This is the first time that access to a natural resource such as glaciers is being controlled in this way, states Magnús Guðmundsson, manager of the park.

The goal of the policy is to protect nature by reducing tourist traffic in these areas. Magnús states that at times, far too many tourists have flocked to some of these areas, and that there has been next to no attempt to limit their numbers.

At present, contracts with the businesses which were allocated quotas are being finalized. “This has begun smoothly,” Magnús states. “I believe most people are pleased this process has started.”

Included in the plan are visits to ice caves and glacier hikes in five areas in the glaciers Breiðamerkurjökull - east and west side, Falljökull/Virkisjökull, Skeiðarárjökull and Skálafellsjökull. The maximum number of tourists allowed in these five areas a day is 650, 650, 1,000, 500 and 500, respectively.

Appplications were received for considerably higher numbers of tourists for the first three areas, or 1,564, 1,481 and 1,273, respectively, while applications for Skeiðarárjökull and Skálafellsjökul were below the maximum number.

This is a complicated and exciting project, Magnús states, which focuses on many aspects, including tourist safety.

On July 5, Vatnajökull National Park was inscribed on UNESCO’s World Heritage List, which includes landmarks regarded to have outstanding universal value in terms of culture, nature, or other areas, making them part of the world’s heritage.

Number of Park Visitors Could Be Limited