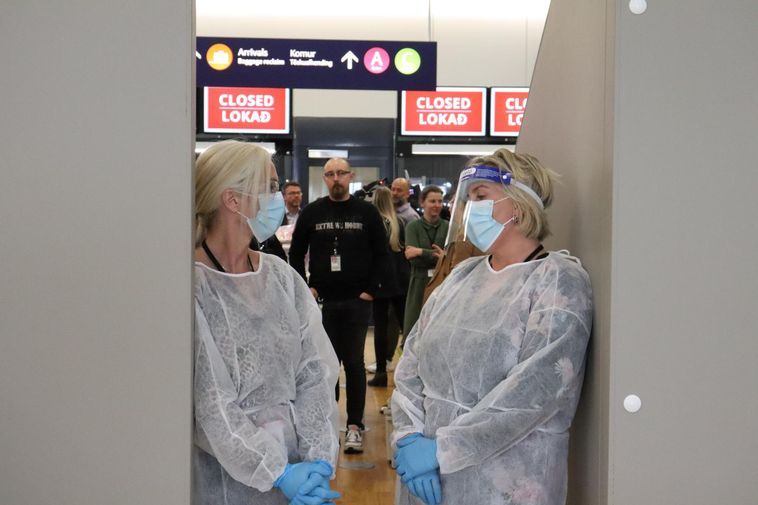 Eight flights are expected to arrive at Keflavík International Airport today, carrying a total of 600 passengers, Morgunblaðið reports. This is the first day passengers are offered the option of being tested for the novel coronavirus upon arrival instead of spending 14 days in quarantine.

The first one to arrive was a Wizz Air flight from London, which landed at 9:48 am. The rest of the flights expected today come from Oslo, the Faroe Islands, Frankfurt and Stockholm, in addition to three flights from Copenhagen. There are eight scheduled departures today to the same destinations, six of which have already departed.

The number of people arriving today is nearly half of the total number of passengers who arrived in Iceland in April and roughly a third of their number in May.

Recently, only three aircraft have landed at the airport a day, due to the 14-day mandatory quarantine imposed on all arriving passengers since April 24. Icelanders arriving from abroad have been required to spend 14 days in quarantine since March 19.

Guðjón Helgason, media representative for Isavia, the company that operates the airport, told Morgunblaðið yesterday that everything was ready for the testing to take place. He noted that as soon as Icelandic authorities announced their plans for testing for the virus at the airport, airlines began showing interest in offering service to Iceland.

Delta to fly New York-Iceland all year round