Oil Pollution May Stem from Shipwreck 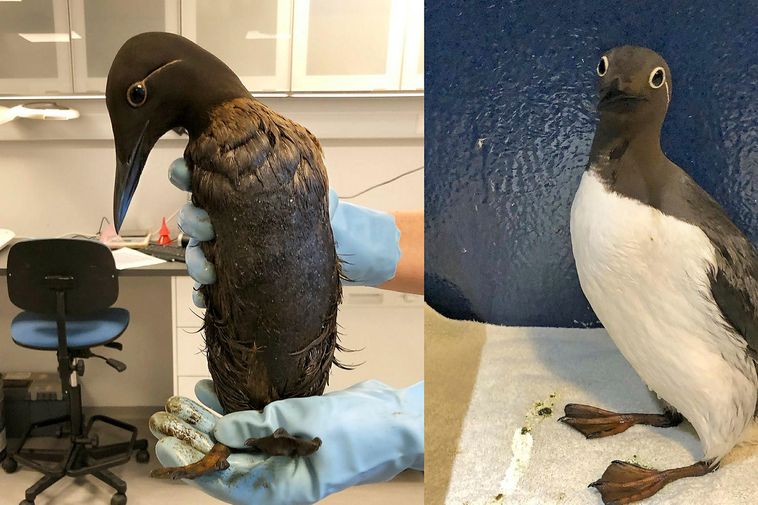 Fuel oil pollution, which has killed numerous birds on the south shore of Iceland and on the shore of Vestmannaeyjar islands, is possibly under the surface of the ocean and, therefore, invisible on the surface, Morgunblaðið reports.

The Environment Agency of Iceland, in cooperation with the Icelandic Coast Guard and an oceanographer from the Marine and Freshwater Institute, is looking into whether the pollution could originate in a shipwreck on the ocean floor.

According to the Environment Agency, it could take some time to find the location of the source, which is done by analyzing ocean currents and data regarding the location of shipwrecks in the area.

“Our hope is that we will soon get results from these model projections, enabling us to at least define areas worth investigating further,” states Sigurrós Friðriksdóttir, team leader at the agency.

During the past winter, more than 100 birds, soaked in oil, were found on the shores of Vestmannaeyjar islands and on the south coast of Iceland. Most of those are common murres and common eiders, but there have been occasional cormorants and puffins as well.

Analysis of samples collected from the birds shows that in all cases, the same sort of fuel oil is involved.

No fuel oil pollution has been detected on the shores where the birds were found, nor has any oil pollution been seen on the ocean surface during monitoring flights by the Icelandic Coast Guard or on satellite pictures from the European Maritime Safety Agency.

The theory being considered right now, Sigurrós states, is that the pollution is below the surface of the ocean. What the affected bird species have in common is that all of them dive for fish, although the depth to which they dive varies. They may, therefore, have become drenched in oil while diving.

Although the Icelandic Coast Guard has asked mariners to report any oil pollution detected, no one has done so yet.

See our earlier report on the problem here.