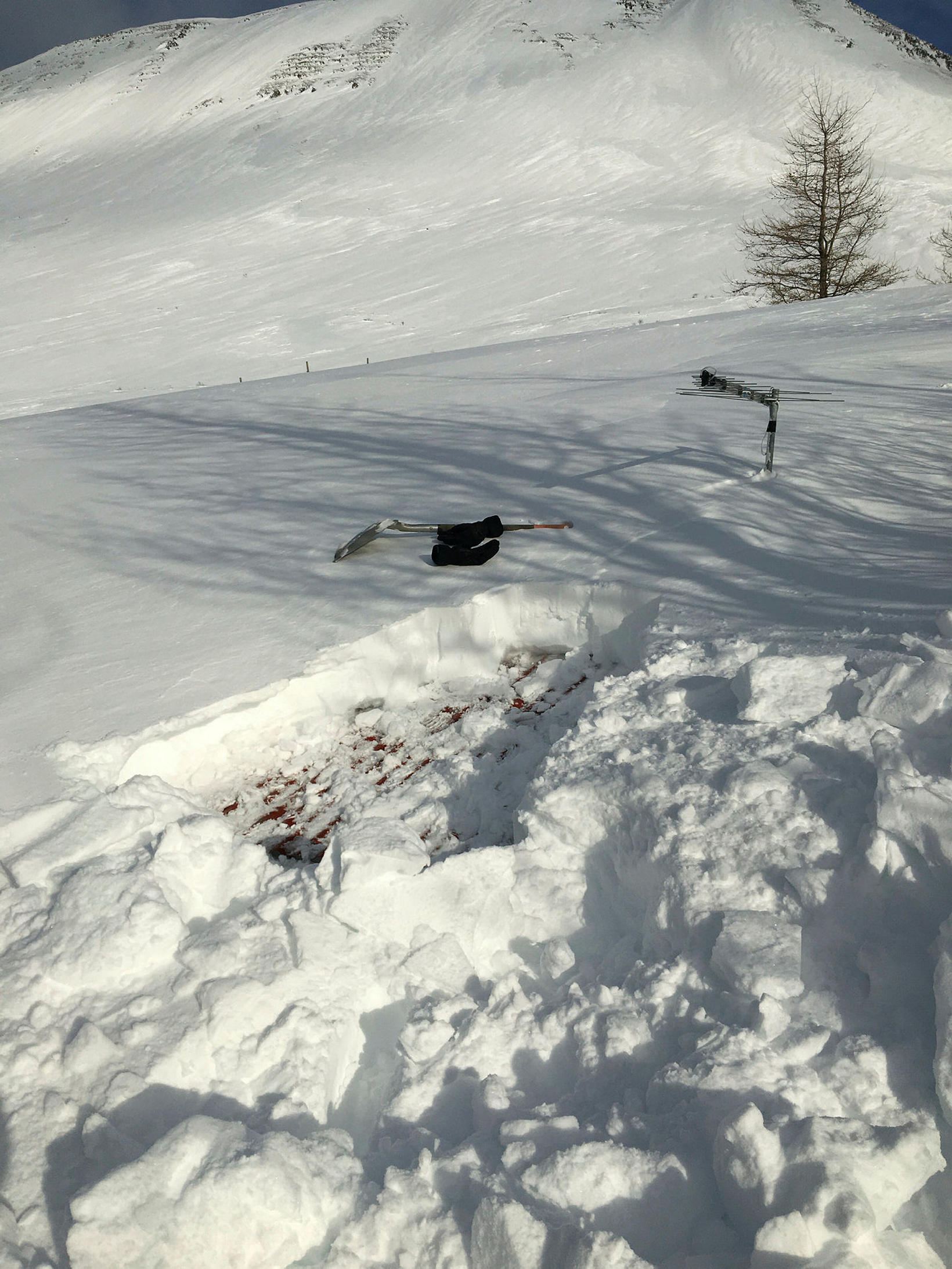 A cabin in Unadalur valley, near the village of Hofsós, North Iceland, was completely buried in snow - not once, but three times this winter, Morgunblaðið reports. Nothing but its TV antenna was visible. The owners, with the help of rescue workers and other volunteers, have been busy lately digging out the cabin. “It’s been quite a workout,” states Jón Þór Jósepsson, one of the family members.

There was unusually heavy snowfall this winter, and the family checked on the cabin on a regular basis. “When I got there in mid-March, the place was completely buried in snow, with nothing but the TV antenna sticking out,” states Jón Þór. The snowbank on top of the roof was up to 2.5-meters (8 ft, 2 in) thick. 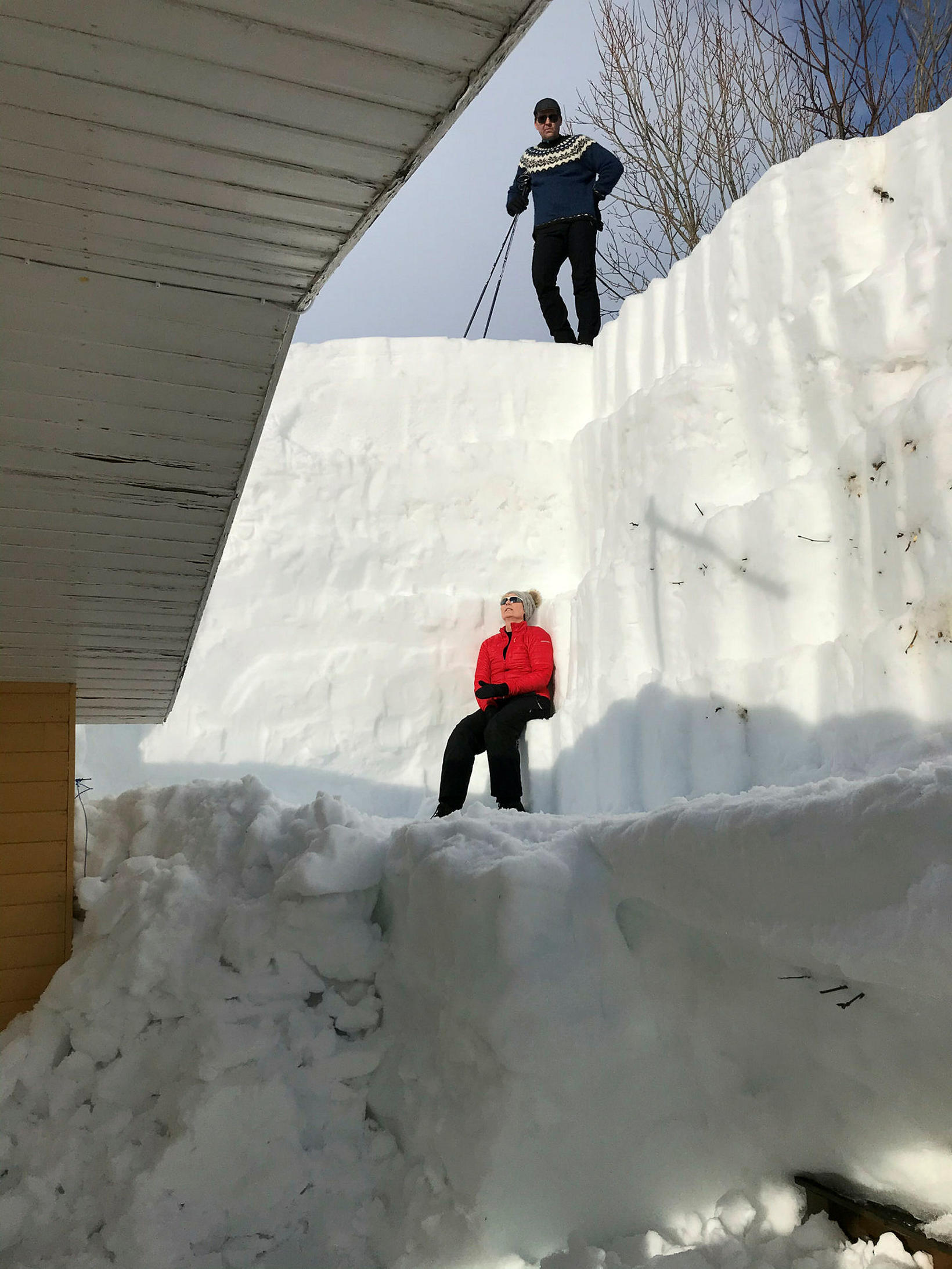 Jón Þór asked the rescue team in Hofsós for help, and by using a snow blower, they were able to clear the roof of snow.

“The weather forecast was bad... and three days after we cleared the roof, things looked just as bad, or even worse,” Jón Þór states. Again, rescue workers came to the aid, as well as others.

Once again, heavy snowfall covered the cabin completely. Every single day since then, the family has been at the cabin, along with rescue workers, armed with shovels. Finally, the weather has improved and the outlook is good. 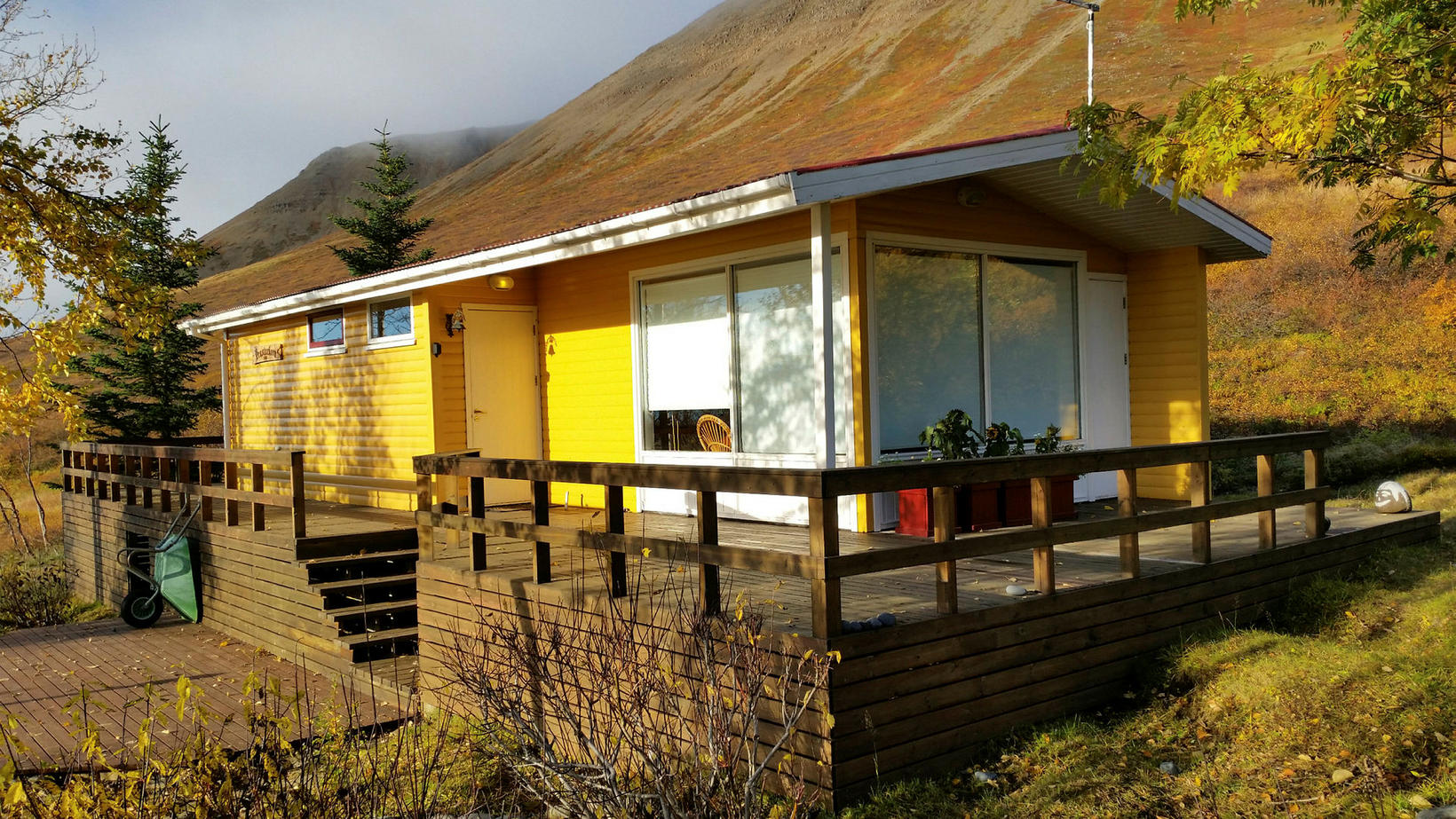 This is what the cabin looks like in summer. Photo/Jón Þór Jósepsson

The oldest snow, since December, proved the toughest. The only weapons able to beat it were chain saws. Blocks of snow were sawed off and rolled onto sleds.

Never before has the 42-year-old cabin been buried in snow. As it turns out, the roof is damaged from the heavy weight. Although it has occurred to Jón Þór to move the cabin to a spot on the property that received much less snow, he states that most likely, the family will trust that a winter like this one won’t be repeated.