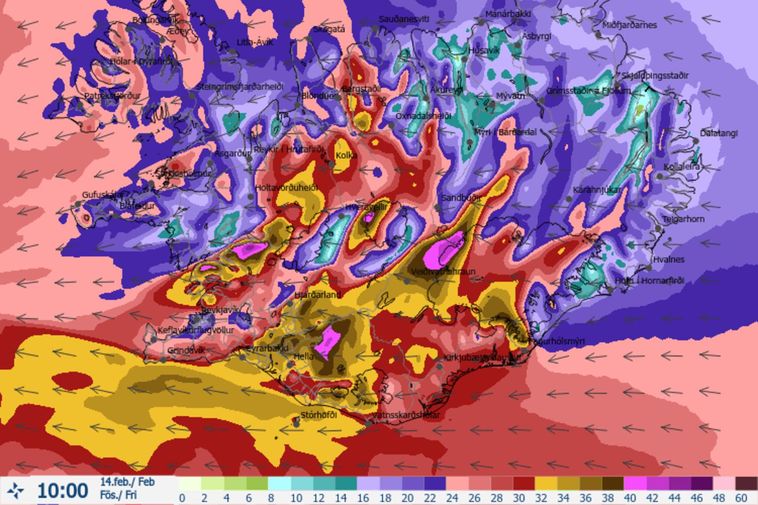 Due to the severe weather expected in Iceland on Friday, Icelandair is getting ready, should international flights to and from Keflavík International Airport have to be canceled, mbl.is reports.

The airline has begun offering passengers with a flight booked for Friday to change their tickets, in light of the bad weather forecast, according to Ásdís Ýr Pétursdótti, media representative for Icelandair.

She states that Icelandair is closely following the weather forecast, and that the situation will be better assessed as Friday approaches.

The Icelandic Met Office explained on its website yesterday that although the alert issued for Friday is yellow, it may very well change to orange by Friday. In general, a yellow colored alert is used to warn that severe weather is expected in several days.  It can indicate that there is little or average likelihood of weather with a great impact three to five days from now, the message states.

“This is true for the weather we’re expecting. As it draws closer, and the likelihood of the forecast being accurate increases, then the alert stage increases to orange,” the post reads.

Another storm, called Dennis and nicknamed “Dennis the Menace” in the media, is expected to bring strong winds to the British Isles on Saturday. This report erroneously called the storm expected in Iceland Friday by that name. We apologize for that. It may not be Dennis, but a menace it is.