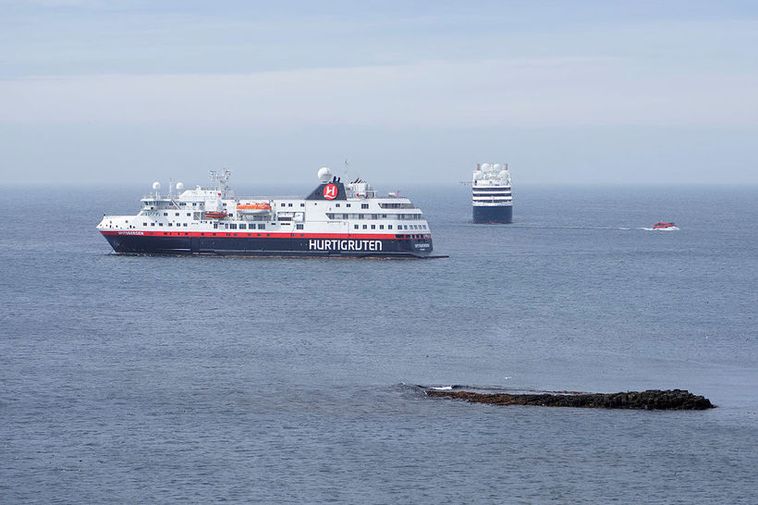 “There is something special about this island. Here, time is somehow irrelevant. People say their frame of mind changes while being here,” Halla Ingólfsdóttir, owner of Arcitic Trip travel service on Grímsey island, tells Morgunblaðið.

The island is located 40 km (25 mi) off the north coast of Iceland. It straddles the Arctic Circle and has a population of 61.

So irrelevant, indeed, is time that tourists, spellbound by nature and birdlife, frequently miss the ferry ride from the island. “We have such a strong connection with nature and the weather,” Halla explains. “When I’m here, I simply feel like I’m part of it.”

“Cruise ships often come here and make a stop,” she states.  Grímsey is becoming increasingly popular as a tourist destination, expecting between 40 and 50 cruise ships this summer. Two such arrived last weekend.

Halla notes that what mainly attracts tourists to the island is its birdlife – puffins in particular - nature, society, and being able to cross the Arctic Circle. It is common, she states, for professional photographers to stay on the island for several days, taking pictures of birds. Here, they can get closer to the birds than in most places.

She states that visitors speak of the unique mood among the residents on the island. She has noticed that the people who come to the island by cruise ship are younger than before, and there is demand for more than just walks around the island. As a result, Arctic Trip is now offering snorkeling in the company of puffins.

“Still, the main activity involves walks, crossing the Arctic Circle, and then we show people where they can get close to the puffins. There is also general interest in the church,” she notes.

The island was in the news this spring when its school was closed. See our previous report.

Photography: A journey with a head