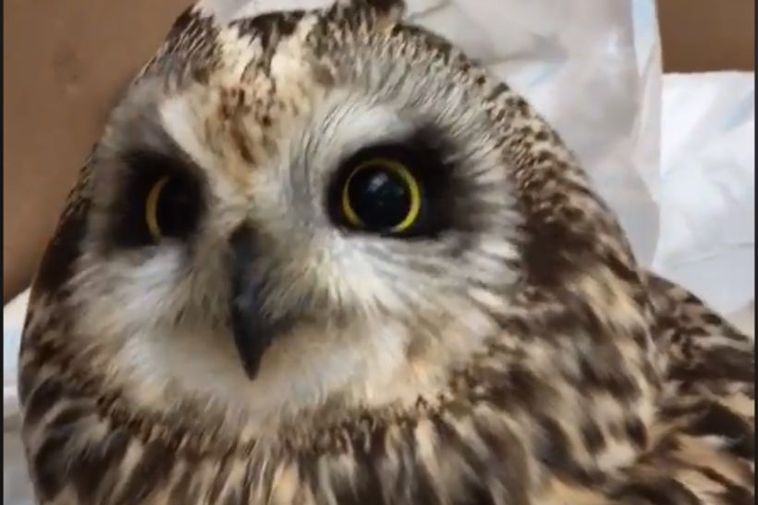 The little owl can't fly but is on its way to recovery.

A short eared owl is now recovering at an animal hospital in Garðabær.

The owl cannot fly and vet Kristbjörg Sara Thorarensen thinks that the owl is simply too weak from lack of nourishment to fly. "She's uninjured but I suspect that she hasn't been able to hunt and is therefore thin. She was slowly starving to death," says Thorarensen speaking to mbl.is.

The owl, which has not been given a name yet, is on the road to recovery.

"I had to force feed her yesterday but now she's eating by herself. I'm going to give her a bit of time to recover and then have a look at her wings."

The owl stays at the hospital and at night she stays with the vet. "I have to feed her in the evenings as well. I feed her with beef cubes."

This isn't the first time that Thorarensen brings birds home to nurse them. "I had a goose and a swan staying with me recently and during the summer I usually have plenty of chicks to feed. I have a large cage in my garden which I'll probably use for this owl when the weather is good and she's feeling better." She believes however that the owl is better off inside until she has put on more weight for warmth.

The Short-Eared Owl (Asio flammeus) is the most common owl in Icealand with around 300 -500 pairs. It's also the only owl that nests in Iceland and it hunts mice and chicks of other birds.