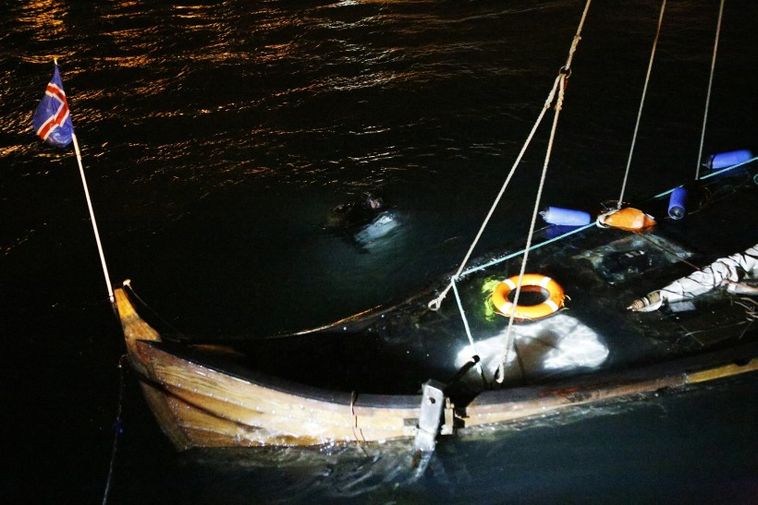 The stormy conditions that lashed the Icelandic capital of Reykjavik last night sank a 30-foot replica Viking ship which was moored in the city’s harbour.

Vésteinn is a replica Viking ship built in 2008 and which has often been used for tourist excursions organised by tour operator Reykjavik Viking Adventure.

The local fire brigade was called out between 5pm and 6pm yesterday once the ship had sunk, but the still bad weather prevented anything from being done except collecting some loose items from the ship.

Only when conditions improved later in the evening were divers able to attach inflatable airbags to each side of the ship and pump water out, enabling Vésteinn to be lifted out of the water. Other divers retrieved objects such as swords and shields.

Inspections of the salvaged vessel this morning indicate that it is in good shape and that there are no holes in the structure.