“Euro 2016 effect” means everybody wants to come to Iceland

Iceland’s stellar performance at Euro 2016 has not only boosted national pride – it has also boosted international interest in Iceland as a travel destination.

According to e-commerce news website idealo , the “Euro 2016 effect” prompted a 55% increase in searches for flights to Iceland on the site’s international flight portals last weekend.

Specifically, on the day Iceland were knocked out of the tournament by France – but shone thanks to their grit, determination, team spirit and the exemplary conduct of their fans – searches for flights to Iceland were 656% up on the same day in 2015 (3 July). 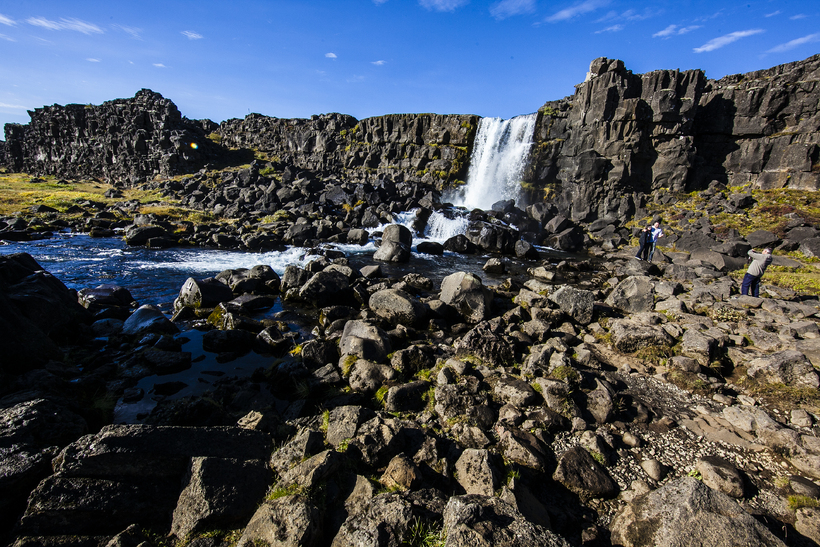 The graph below shows a comparison of 2015 and 2016 and peaks associated with Iceland Euro 2016 matches.

Tourists numbers this year are already 35% up on 2015 – could the Euro 2016 effect further bump up Iceland’s popularity as a holiday destination? 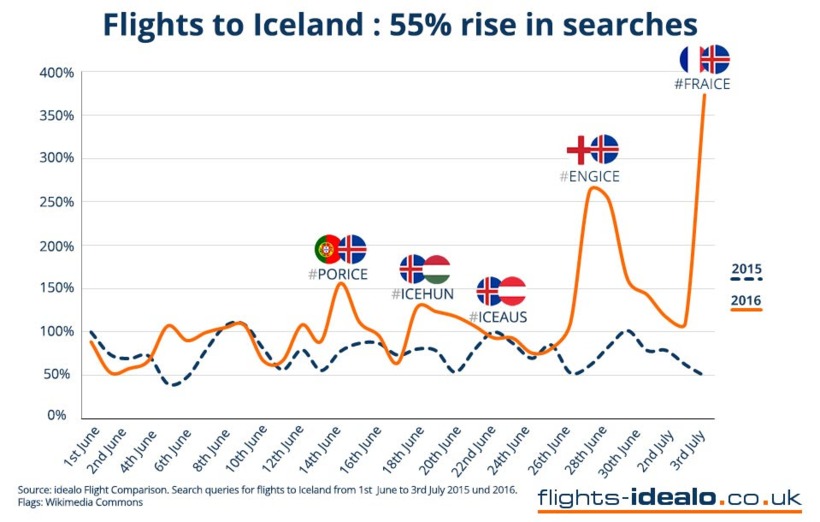