‘Dangerous for the Whole World’ 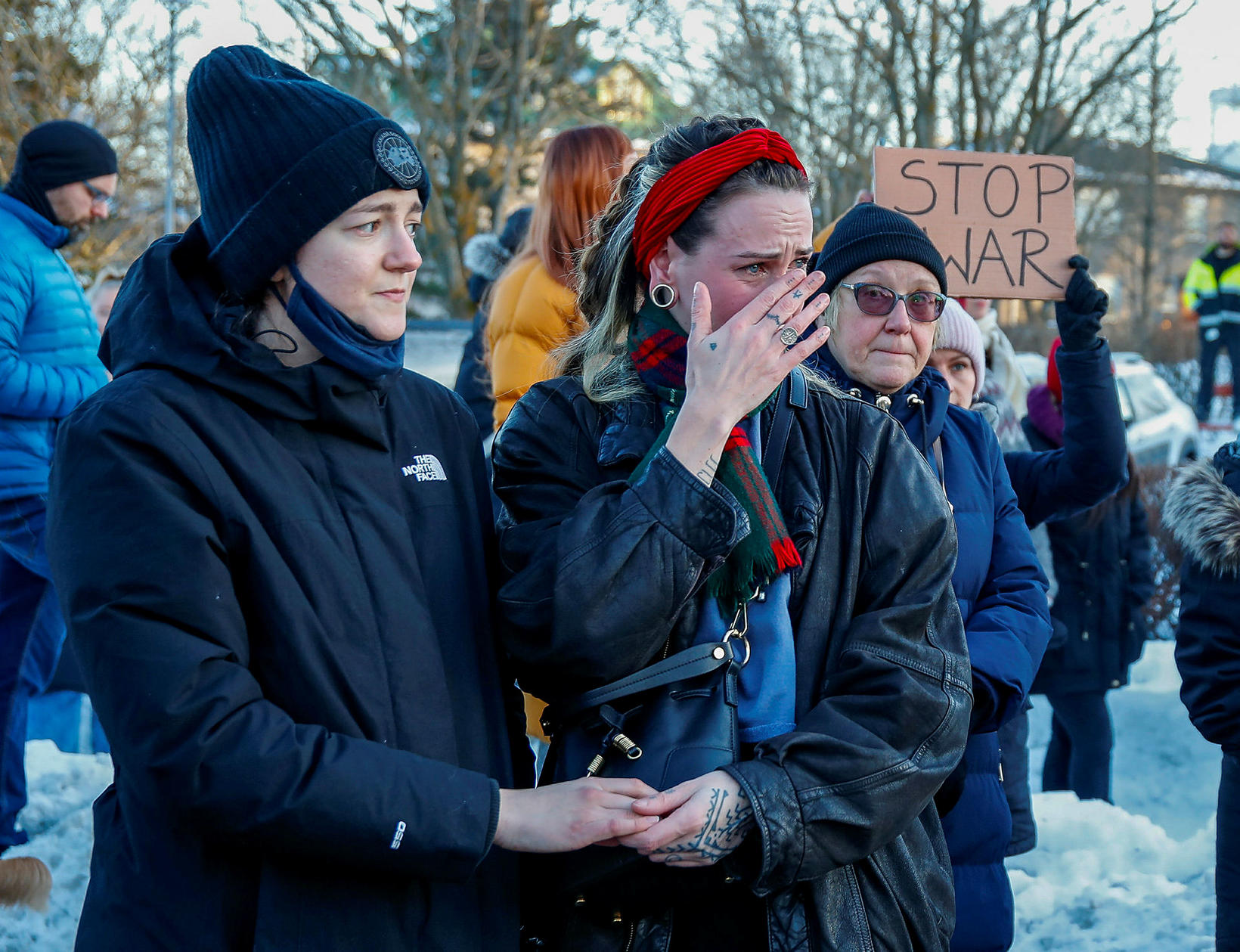 Protestors in front of the Russian Embassy yesterday. mbl.is/Árni Sæberg

About 300 people gathered yesterday in front of the Russian Embassy in Reykjavík to protest Russia’s invasion of Ukraine, Morgunblaðið reports.

“I was devastated when I learned of the invasion in the early morning hours, and I know I speak for many Russians,” Andrei Menshenin, a Russian journalist and organizer of the protest, told mbl.is yesterday. “I’ve been in contact with my colleagues worldwide today, and they have the same story to tell. Everyone is devastated by this course of events and very saddened. Many Russians have posted a black profile picture on social media today to try to express how they feel and to show that they do not at all support this attack by Putin.” 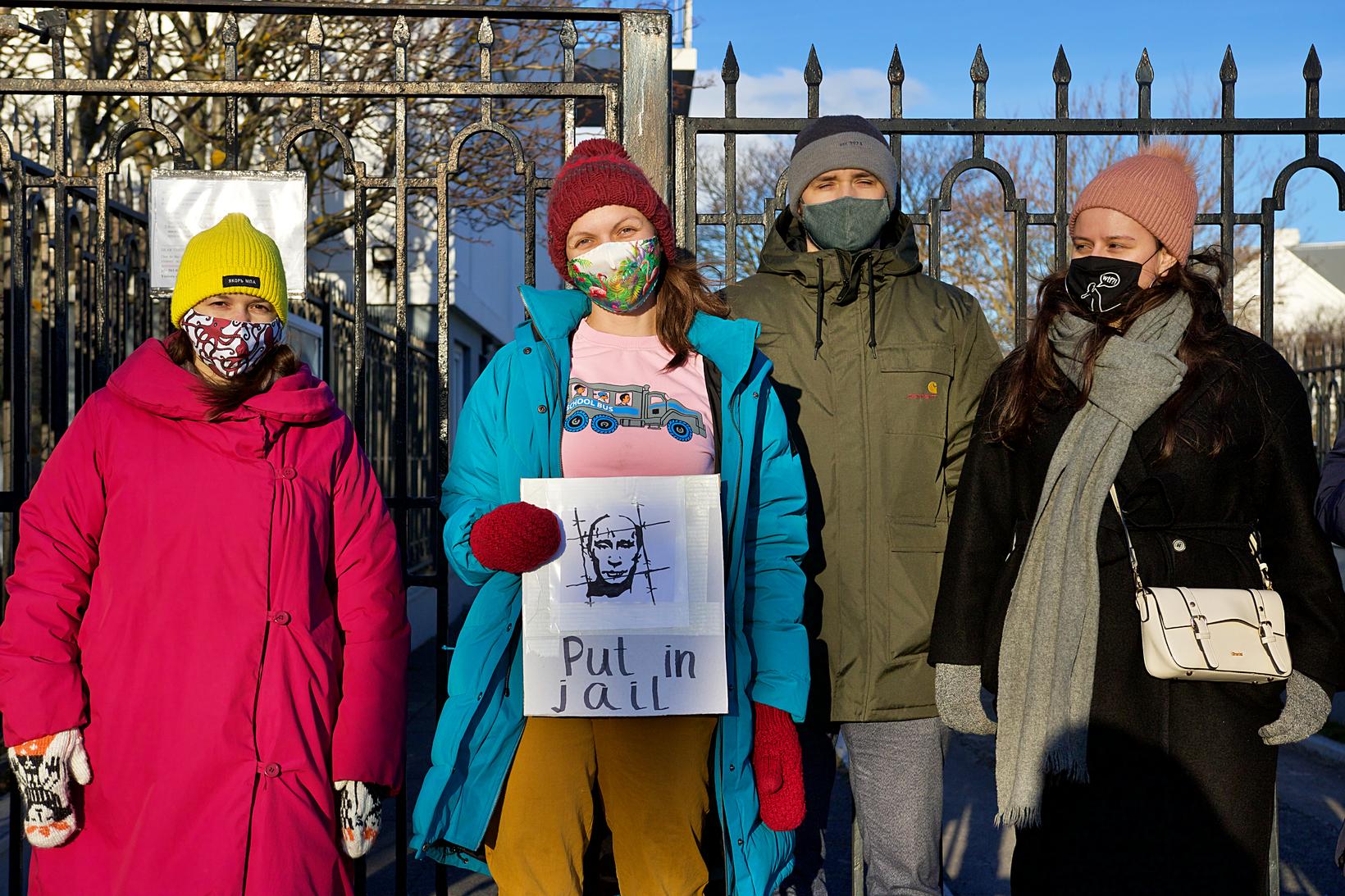 Protestors in front of the Russian Embassy yesterday. mbl.is/Sigurður Ragnarsson

He adds that Russians, Belarusians and Ukrainians in Iceland are united in their sorrow over the course of events and share the same ideas regarding general human rights. “We insist that Russians stop the attack right away,” he concluded.

“To be perfectly honest, I must say that this looks very serious,” Minister for Foreign Affairs Þór­dís Kol­brún Reyk­fjörð Gylfa­dótt­ir tells mbl.is . “Watching this makes me very sad, and these events are so serious that I don’t dare predict what will follow afterwards. There is not much reason for optimism.” 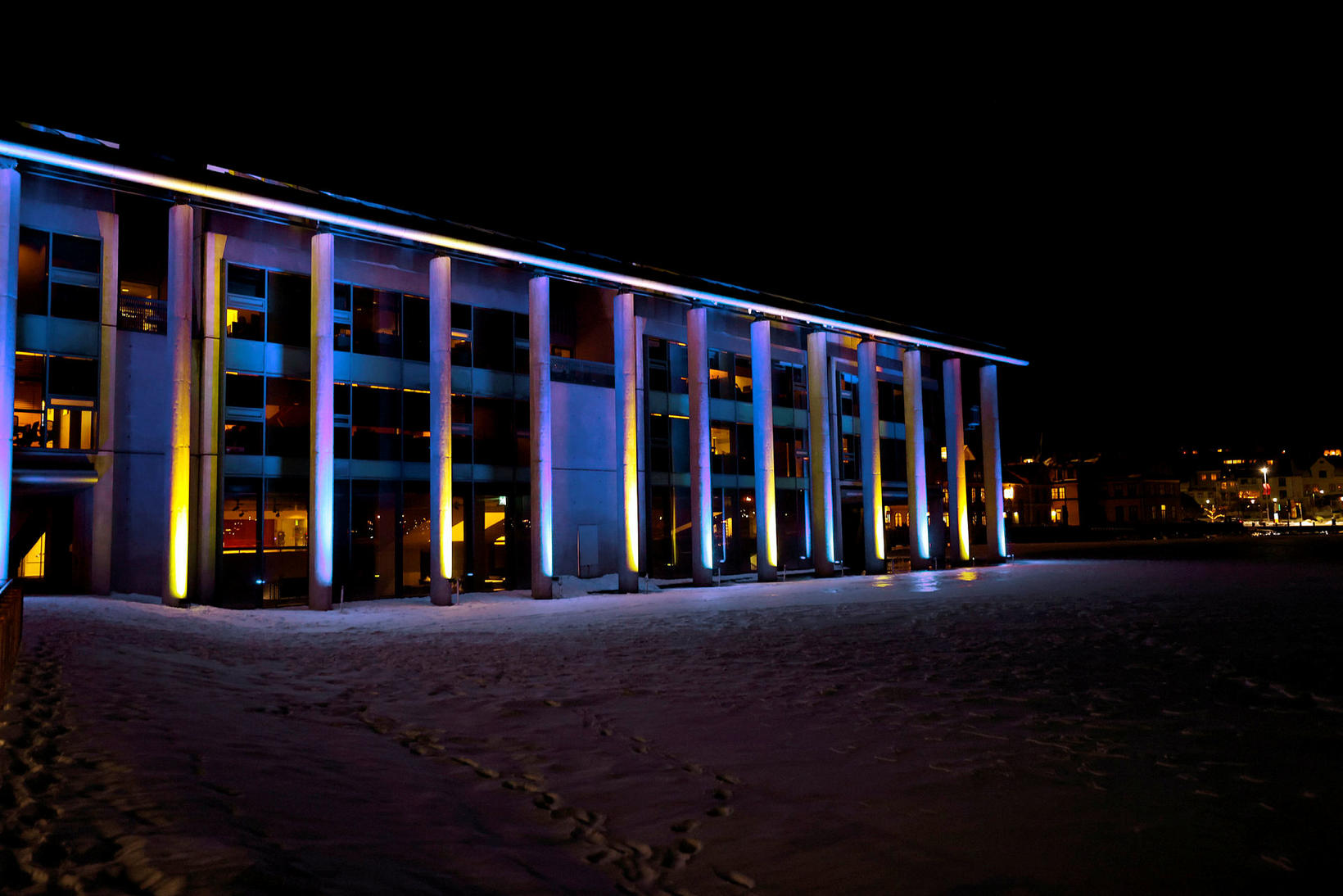 “I feel terrible, of course, but this did not surprise me,” Yuliia Kolomoiets, a Ukrainian woman who lives in Blönduós, Northwest Iceland, tells mbl.is . She worries that economic sanctions won’t do the job. So far, such sanctions haven’t worked to stop Russia, she notes. Ukrainians need military support as well, she states. 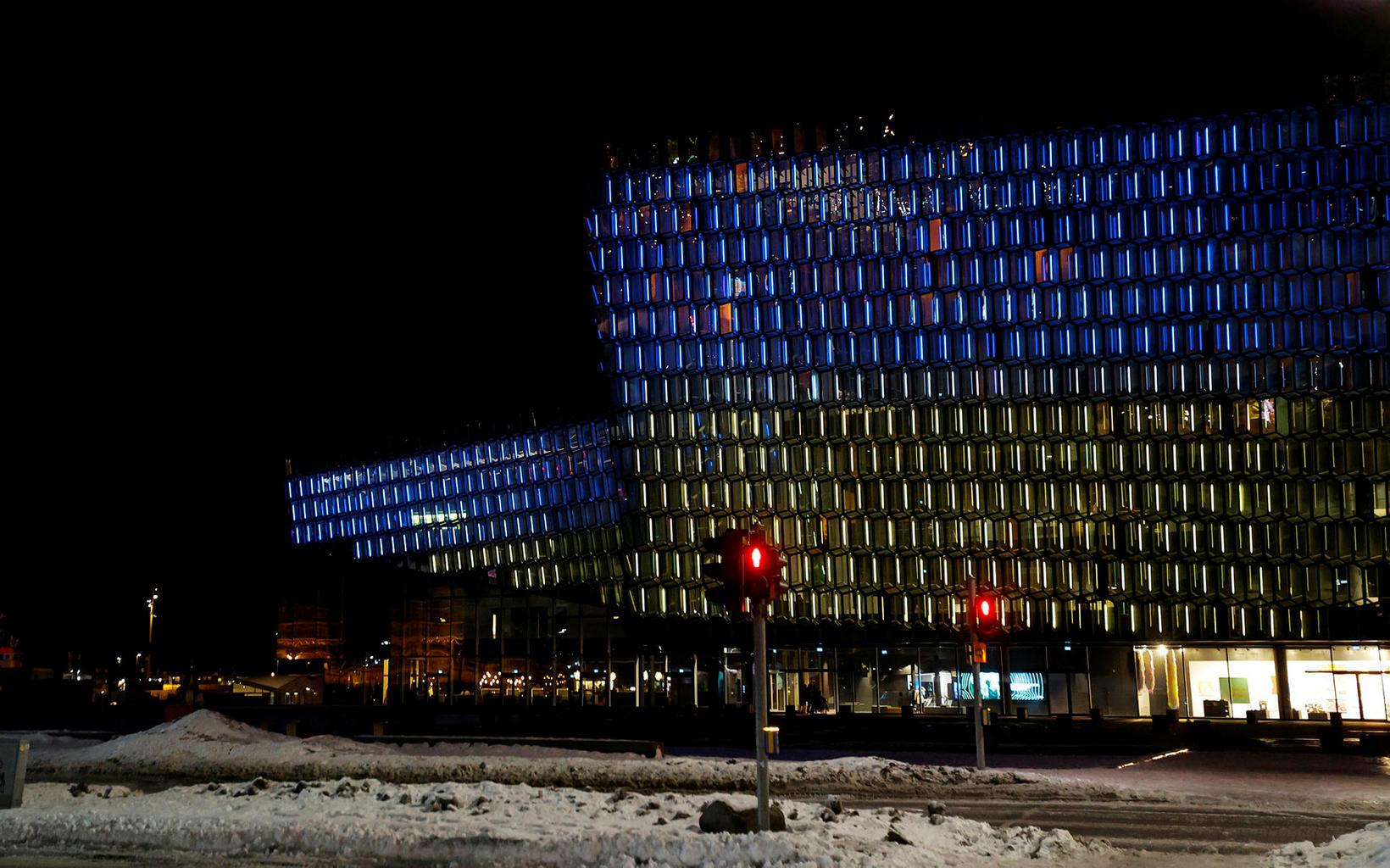 “I want all the nations in the world to think about this terrible invasion and about the future of the whole world,” she warns. “Russians won’t stop in Ukraine. This is dangerous for the whole world.” 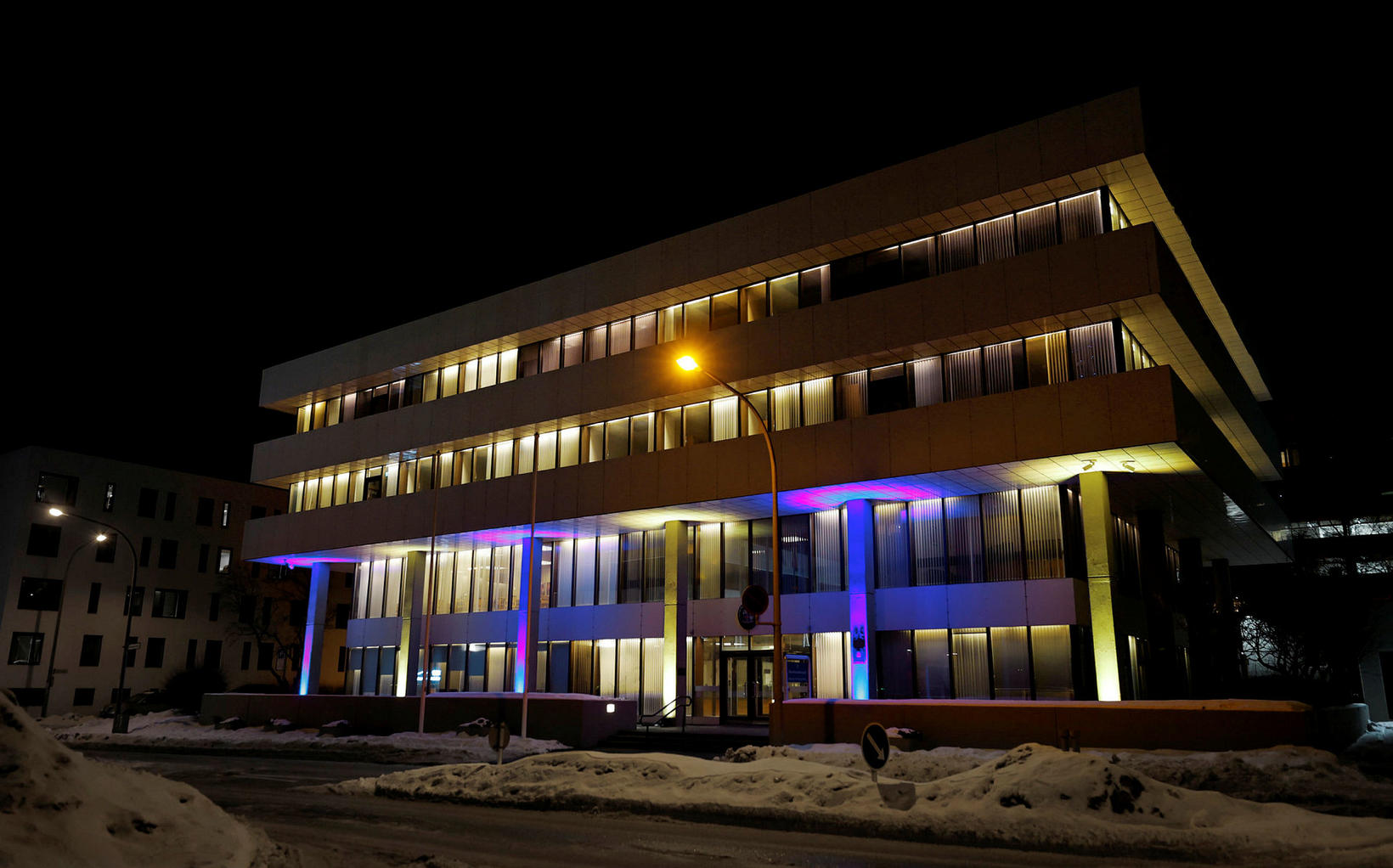 In an effort to express support for Ukraine, Reykjavík City Hall, the Ministry for Foreign Affairs and Harpa Concert Hall were all illuminated in the colors of the Ukrainian flag last night. The same has been done in many cities of the world in recent days.