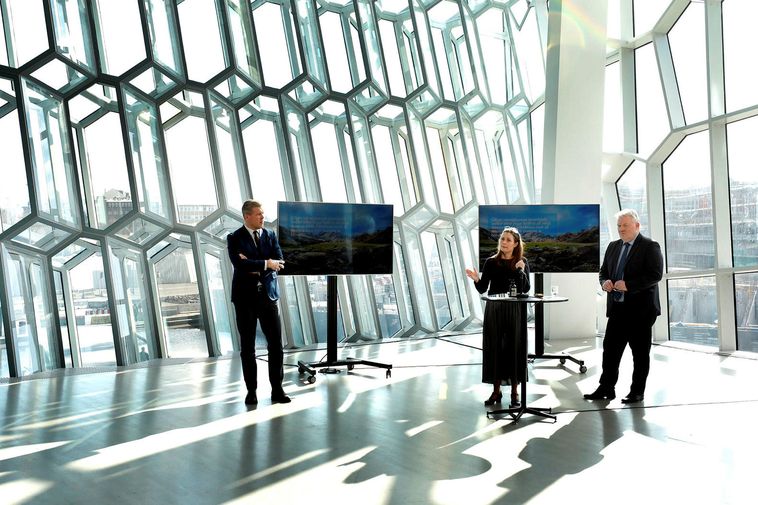 Provided vaccination plans proceed as scheduled, Icelandic authorities plan to lift all COVID-19-related restrictions by July 1, Morgunblaðið reports. This was announced at a press conference at Harpa concert hall yesterday.

“The people in this country deserve this, after doing a great job fighting the pandemic,” stated Minister of Justice Áslaug Arna Sigurbjörnsdóttir.

Plans for stricter border measures were announced at the press conference, and Minister of Health Svandís Svavarsdóttir will introduce a bill to that effect in Alþingi, the Icelandic parliament, today.

When travelers arrive from countries where the incidence is between 750 and 1,000, a stay at a quarantine hotel will be the norm, but travelers will be able to apply for an exemption if they can provide credible plans to stay at an acceptable accommodation.

At present, the four European countries with a 14-day incidence per 100,000 inhabitants in excess of 1,000 are the Netherlands, France, Poland and Hungary.

Svandís anticipates parliamentary support for the bill, and so does Prime Minister Katrín Jakobsdóttir. Minister for Tourism, Industry and Innovation Þordís Kolbrún Reykfjörð Gylfadóttir stated at the press conference that the tourism industry will be able to operate this summer within the limits set by disease prevention rules. She noted that travel interest among Europeans was recently shown to have increased, and now, such interest is even stronger among Americans, as vaccinations have progressed.

Rules regarding vaccination and antibody certificates, as well as testing for COVID-19 at the border, will remain unchanged at least until June 1. That day, the government plans to introduce a color-coded risk assessment system for travelers, based on the EU’s color coding system.