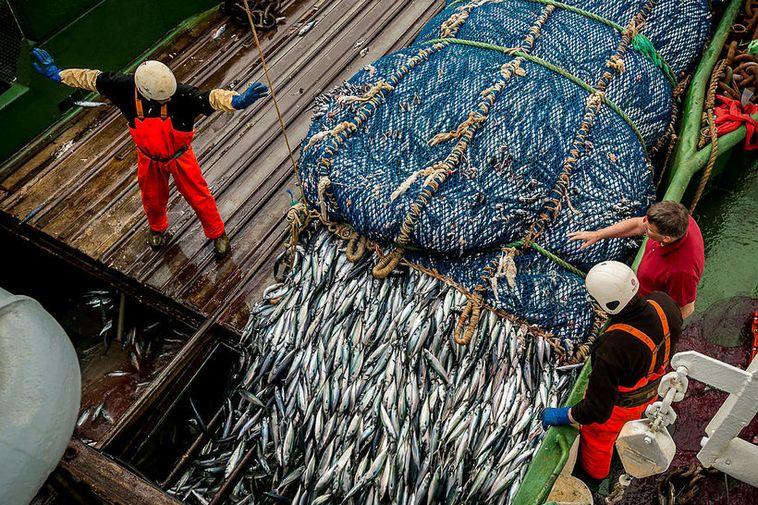 The European Parliament’s Fisheries Committee plans to discuss possible sanctions against Iceland and Greenland at a meeting September 4, due to the countries’ having increased their mackerel quotas, Morgunblaðið reports. Sanctions against Russia, however, have not been mentioned, although Russians, too, have increased their quota.

“Our access to harbors could be closed, and they could try to close markets and more,” states Kristján Freyr Helgason, head of Iceland’s negotiating committee in the mackerel dispute.

He notes that Icelandic authorities contacted the European Parliament last week to offer Chris Davies, the British chair of the parliament’s Fisheries Committee, and other interested committee members to visit Iceland to hear its side of the story. A response to that offer is still being awaited.

Kristján Freyr states that the European Union was unhappy with the decision of Iceland, Greenland and Russia to increase their mackerel quotas. Iceland received a letter from the European Commission, expressing deep disappointment with the decision. The letter states that the case is being reviewed to determine whether a regulation regarding sanctions will be applied.

The EU, the Faroe Islands and Norway, forming a group of coastal states, agreed in 2014 to divide the mackerel quota in the North Atlantic Ocean between them. Iceland, Greenland and Russia were not invited to the table. The International Council for the Exploration of the Sea (ICES) recommended a total mackerel quota of 318,000 ton – a recommendation issued in October of last year. The aforementioned group of coastal states, however, decided last fall to aim for a total mackerel quota of 653,000 tons, 100,000 tons of which would be reserved for parties outside the agreement.

In May, the ICES issued a revised recommendation of a total mackerel quota of 770,000 tons. Before May 1, Iceland had declared its quota would be 107,000 tons, but once the ICES had revised its figures, Icelandic authorities decided to increase the country’s quota to 140,000 tons. Shortly thereafter, Greenland increased its quota, and on July 18, Russia announced an increase of 16,517 tons.