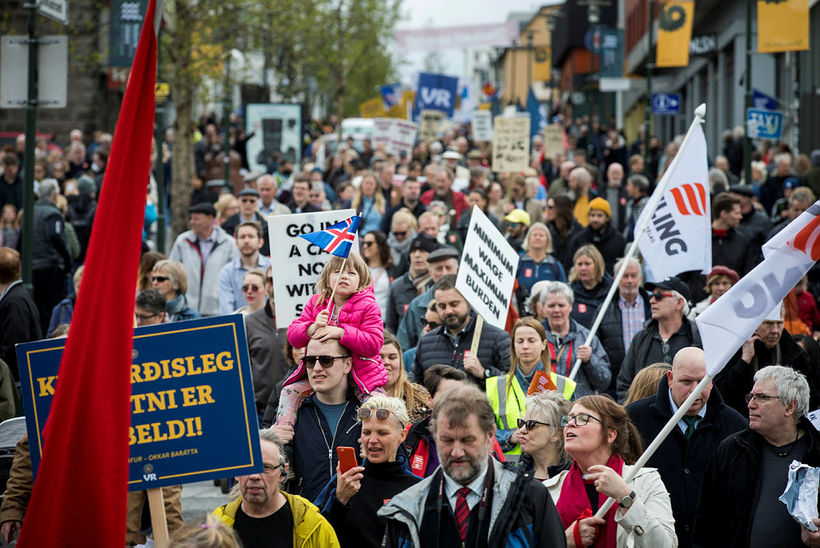 The rally in Reykjavík was very well attended. Haraldur Jónasson/Hari

International Workers’ Day was celebrated with rallies all over Iceland yesterday. Unions first celebrated this day in Iceland in 1923, making yesterday the 97 th time that workers flock together on May 1 to express their demands. 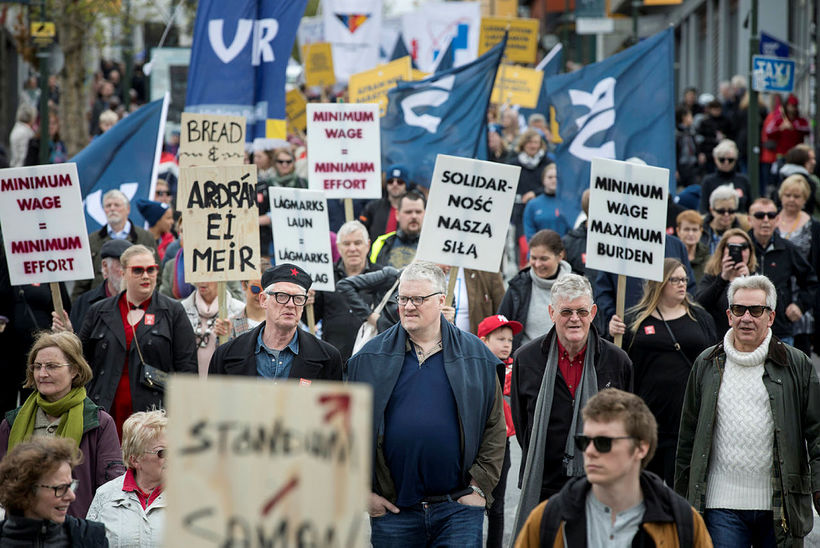 Rallies were held in 30 municipalities in the country. In their addresses, union leaders emphasized that the battle for better wages will never end. They spoke of the fight for good housing at affordable prices and about the need for solidarity when seeking better living conditions. 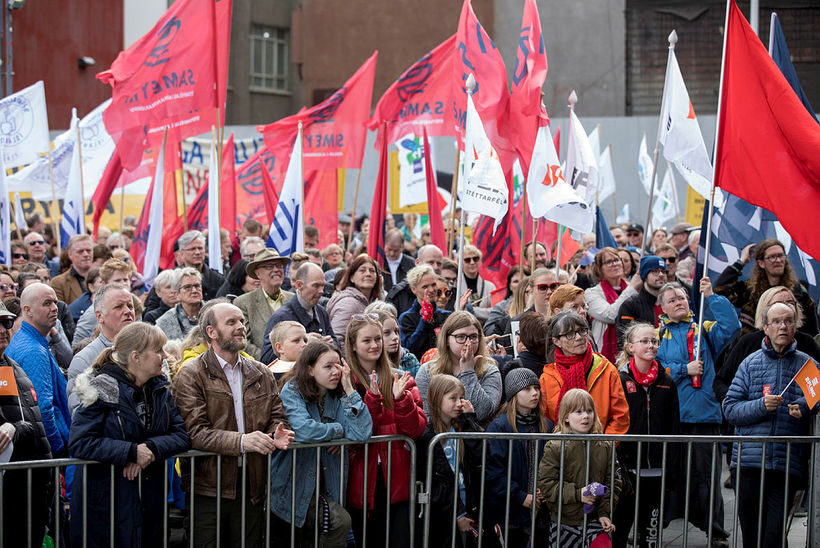 Drífa Snædal, president of ASÍ, the Icelandic Confederation of Labor, addressed workers at Hof Cultural Center in Akureyri, North Iceland. She spoke of increased inequality in society in the past decades and the need for a fair distribution of wealth. 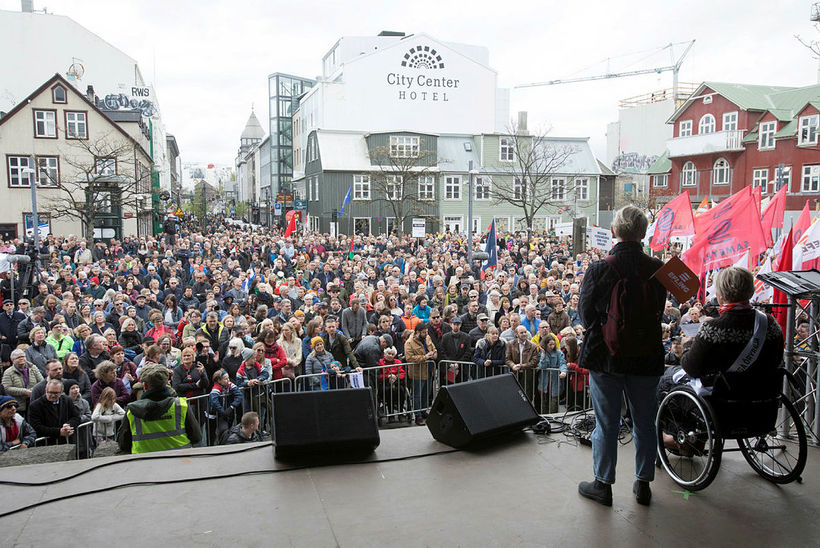 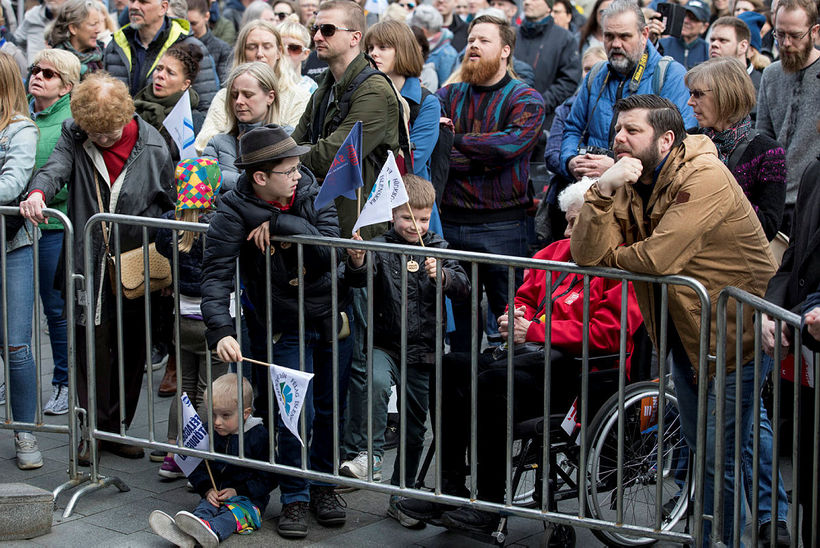 Sólveig Anna Jónsdóttir, leader of Efling union, addressed workers on Ingólfstorg square in Reykjavík. She stressed that the strikes this winter had shed light on the unyieldingness and alienation faced by workers in Iceland. Supporters of the status quo should get used to the idea that workers are ready to demand their rights more than once a year, she stated. 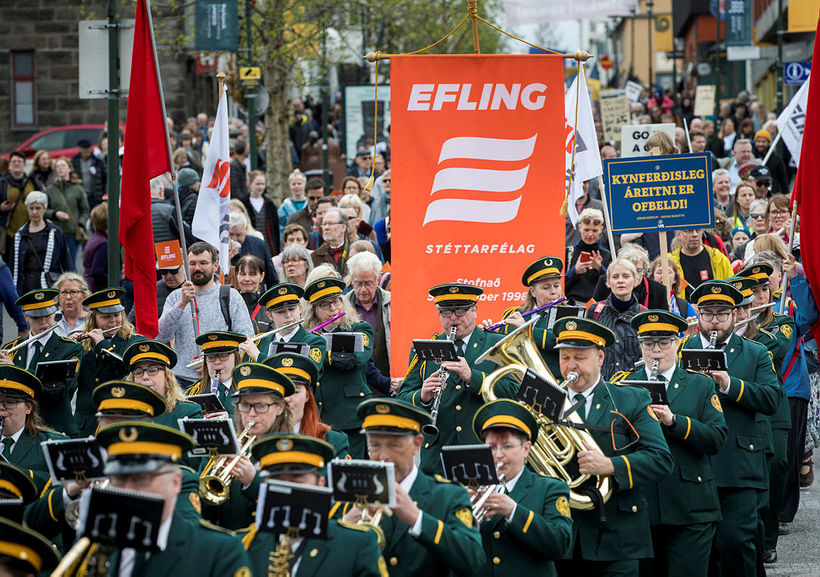 The rally down Laugavegur was led by two brass bands. Haraldur Jónasson/Hari 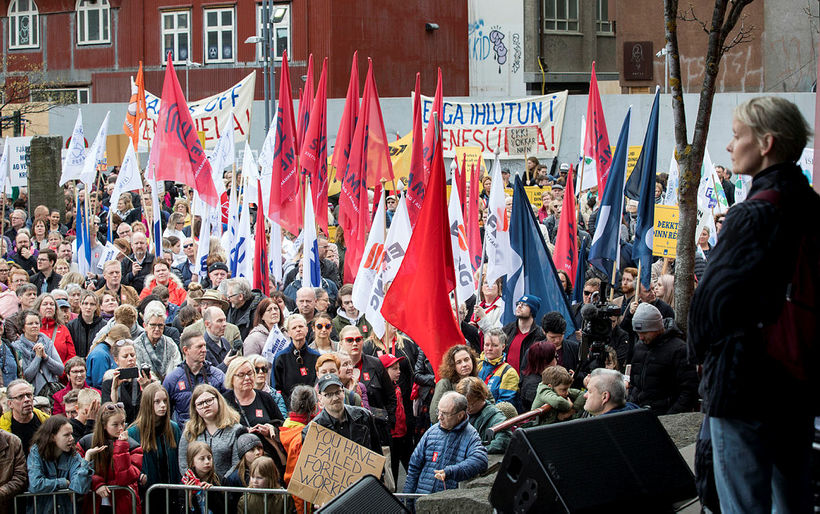 Today is bun day in Iceland!