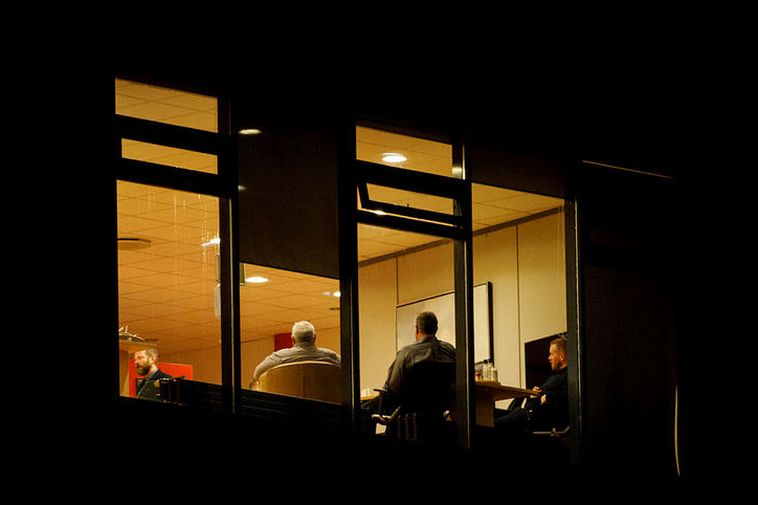 There is a positive development in labor disputes in Iceland. A preliminary agreement was reached shortly after midnight between representatives of the SA Confederation of Icelandic Enterprise (Samtök atvinnulífsins) and labor unions. The deal struck between the two parties assumes that wage contracts be good through November 1, 2022.

Last night, the three-day strike of hotel workers and coach drivers, planned for Wednesday, was called off by the unions Efling and VR. Reykjavík bus drivers on ten routes, however, were still on strike this morning, during rush hour. (See a report from yesterday.) Bus drivers will be meeting with union representatives this morning.

The preliminary agreement reached overnight will be presented to union members and the Icelandic government today. Labor representatives state that the deal hinges on the Icelandic State agreeing to certain terms and on the approval of negotiating committees.

In an interview with mbl.is, Sólveig Anna Jónsdóttir, the leader of Efling union, confirms that government and union representatives were to meet at the office of the State mediator at 9 am. She states that the negotiating parties have reached an agreement on wages: “This was the result. We couldn’t get any further.”

She stresses that it’s up to the State to make the next move. “An important part remains, i.e. the government – that they meet with us shortly and provide us with answers regarding what the package they have been working on includes.” When asked about her expectations in that regard, Sólveig responds that Efling union has emphasized its demand for lower taxes for the lowest earners. She is hopeful that that demand gets a more positive response now than previously.

When asked why the bus driver strike was not called off, she responds that several details have yet to be worked out with their employer, Almenningsvagnar Kynnisferða.

Ragnar Þór Ingólfsson, the leader of VR union tells mbl.is there is much at stake for everyone. He says he is cautiously optimistic about the end result. Vilhjálmur Birgisson, who leads the Akranes Union, sounds optimistic: “I think the draft we have outlined will come as a pleasant surprise to many people, although you always wish you could go further, as in any labor dispute.” He stresses the importance of the government’s agreeing to initiating measures regarding indexed loans, lower interest rates, lower taxes for the lowest earners and regarding housing issues.