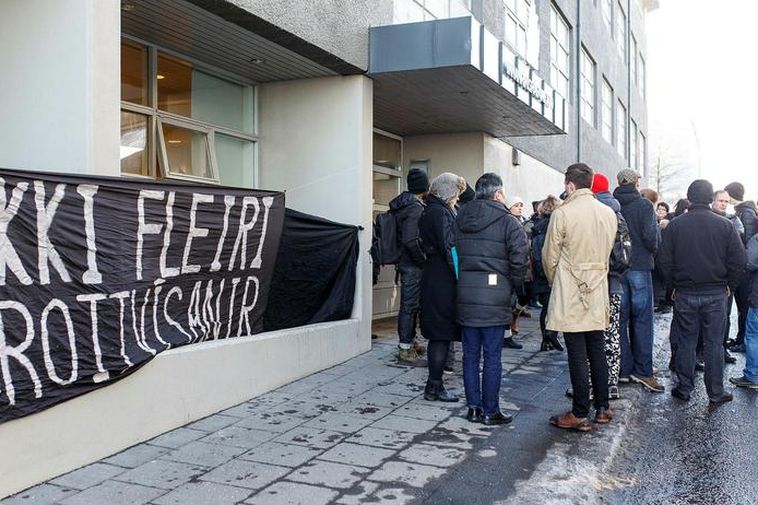 Protests outside the Ministry for the Interior to stop asylum seekers being turned away. Mbl.is/ Styrmir Kári

Kristín Völundardóttir, director of the Iceland Directory of Immigration says that asylum seekers are "pouring in" and expects them to be around 700 by the end of this year.

"We don't have the resources for so many at a time, it was never expected that we would have to cater to more than 300 people at each given time. Now that we're dealing with 500 this means that the extra people will always be more expensive. It means we have to pay for accommodation for them in hotels or guesthoues," Völundardóttir says in today's edition of Morgunblaðið.

She adds that the Directory of Immigration had received an extra 55 million ISK from the state which has already been allocated.

At parliament today, Ásmundur Friðriksson MP for the Independence Party discussed asylum seekers and compared the monthly sum allocated to an asylum seeker (234.000 ISK) to the minimum pension (212.000 ISK). His comparisons were criticized. One person shouted "You should be ashamed"" and Pirate Party leader Birgitta Jónsdóttir responded;

"His presentation is just like the presentation made by those who didn't want to receive Jews in their hour of need and sent them back. I am outraged at hearing this sort of presentation and outraged that it is made by a person who is an MP for one of Iceland's largest political parties."