Asylum seekers dragged out of church by Reykjavik Police 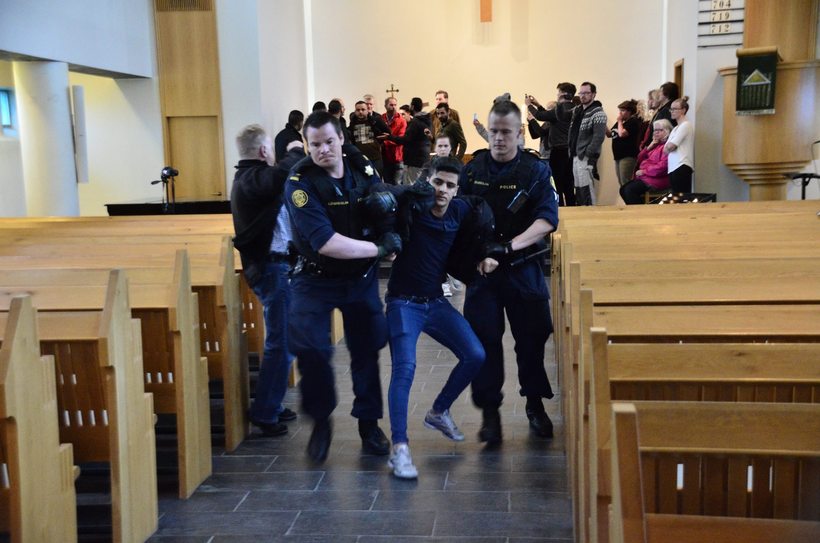 The men being dragged out of church by police. Photo/No Borders Iceland

While most of the Icelandic nation was celebrating a football victory, Iranian asylum seekers Ali and Majeh were dragged out from the sanctuary of a Reykjavik church at midnight.

Vicar Kristín Þórunn Tómasdóttir of Laugarnes church wanted to test whether the former tradition of church sanctuary would help the asylum seekers. The two men were deported from Iceland under the terms of EU's Dublin Regulation and are being sent to Norway.

Tómasdóttir speaking to mbl.is this morning said that church sanctuary had not prevented the deportation of Ali and Majeh last night but that this would be tried again in new circumstances. "First and foremost we want to have this discourse and do our utmost to create pressure for change."

Almost thirty people were inside the church when police arrived at midnight. The group had formed a circle around the church altar. "The police came, we explained why we were there, and they explained that they had rules to follow and nothing would change that. Then they were led, or dragged across the church floor," says Tómasdóttir.

She says that she was not surprised that this happened but that many people who witnessed this were shocked and sad to see the young men removed from the altar and dragged forcefully into police vehicles. 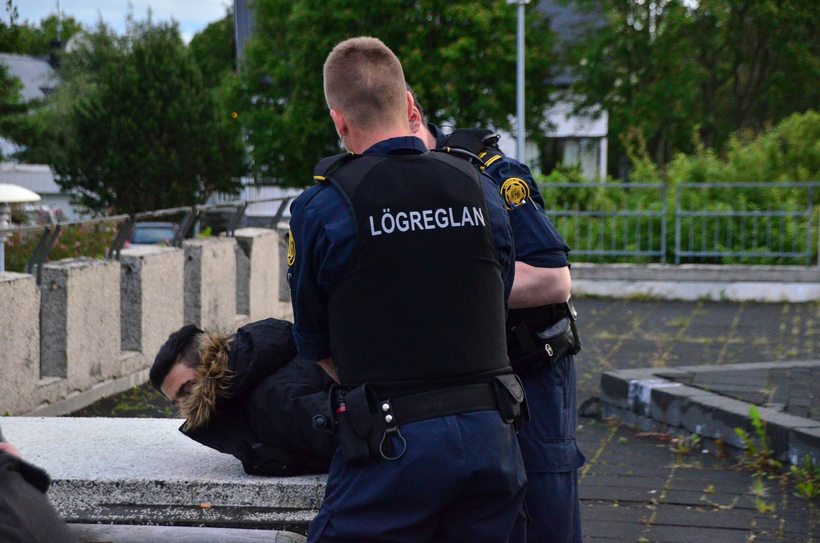 „We have taken part in work concerning asylum seekers for quite some time, in association for the vicar for immigrants, Toshiki Toma. We hold weekly church services for asylum seekers at Laugarneskirkja. We have therefore gotten to know these individuals and heard their stories, as well as hearing about the process they have to go through upon entering Iceland. We have been reflecting on the methods used by the Iceland directorate of immigration and the views of the government concerning asylum seekers. That's when we got the idea of church sanctuary, an idea put to practice in earlier centuries."

"Norway sends refugees back to South Iraq despite international agreements, to a zone they consider safe. But it's quite easy to prove that that is simply not true. We are protesting against the government policy which seems to be to send these people away as if they were on a conveyor belt."

The following video of last night events was published by Stundin. 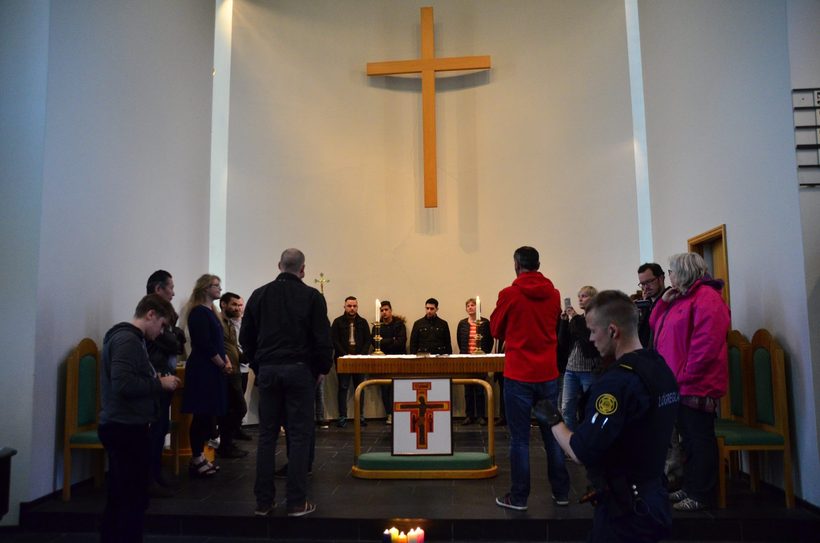