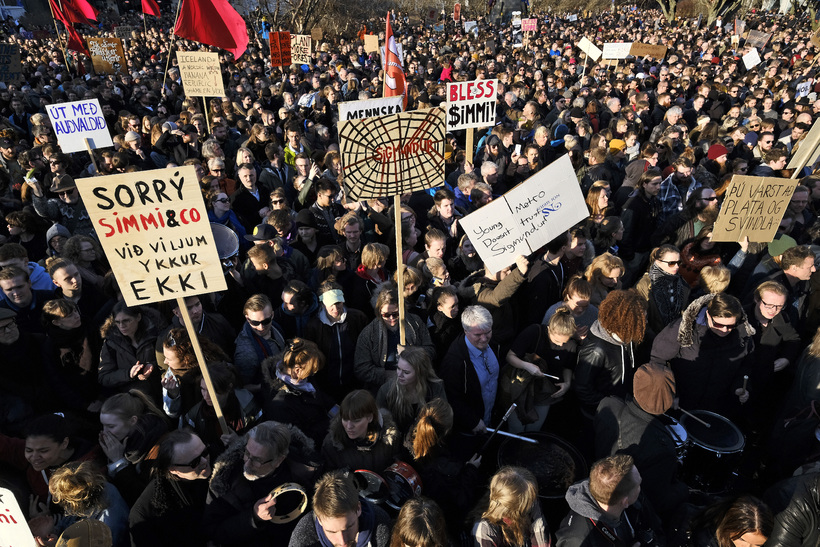 A protest has been organised at Austurvöllur parliament square in Reykjavik for the third day in a row following recent events. "There's a complete state of uncertainty and unrest in Iceland. The government has shown that they're completely incapable," is written on the event's Facebook page.

Thousands of people attended the protest at Austurvöllur on Monday demanding the resignation of the Prime Minister. Yesterday, a large crowd gathered for further protests.

Today's protest starts at 5 pm. The event on Facebook is HERE.