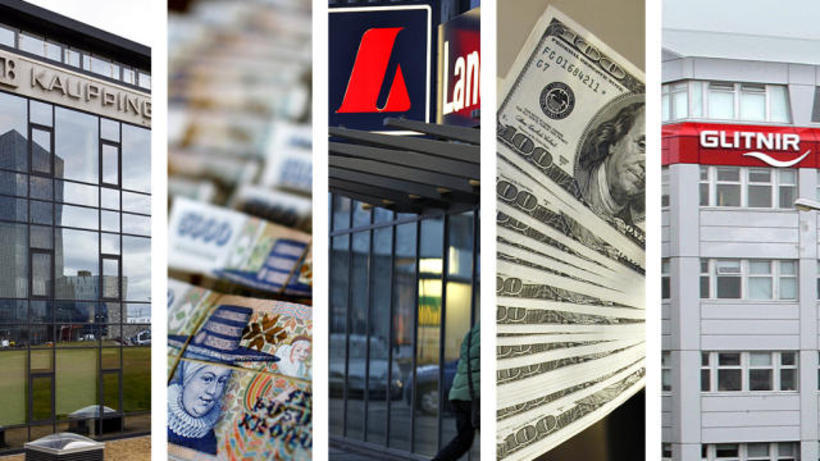 Iceland’s bank system and parliament have come bottom of a survey asking the public how much they trust various institutions and official bodies.

According to the results of a new Gallup poll, just 12% of people trust the country’s bankers. Politicians fare little better, with just 17% of respondents saying they trust Iceland’s national parliament, Alþingi.

At the other end of the scale are the Icelandic Police (72% trust) and the Icelandic Coast Guard (92% – up eleven percentage points since the last poll).

The full set of results can be seen below: 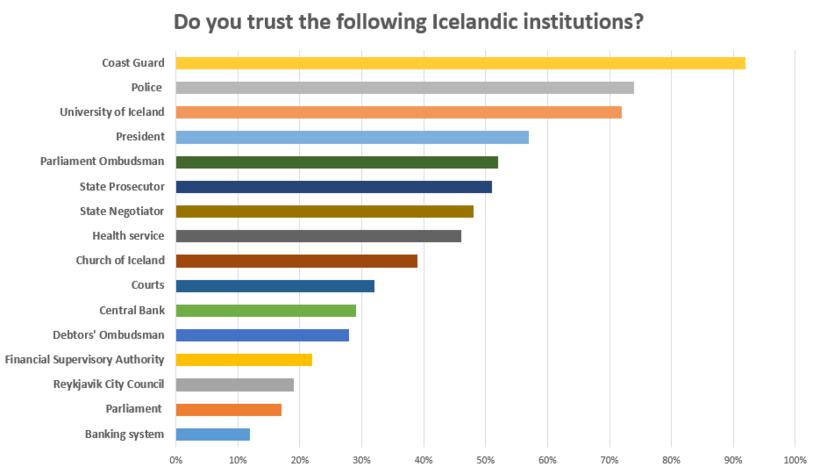