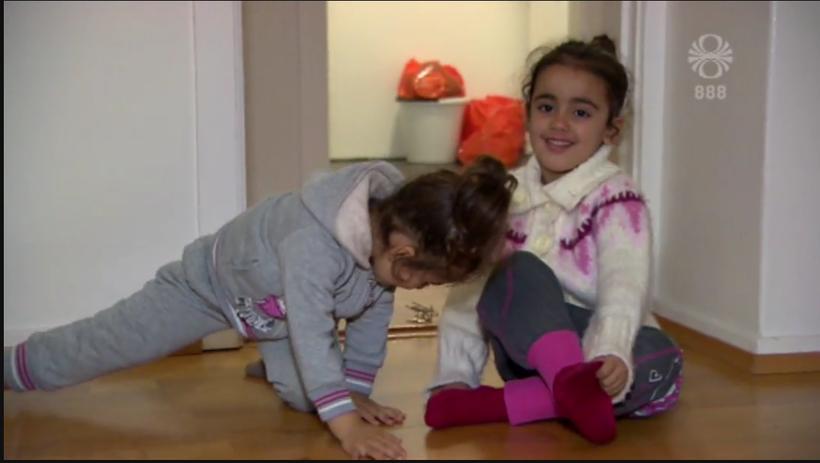 Jouli and Jana are three and four years old. They are currently in Iceland but will be sent back to Greece with their parents. Screenshot/ Rúv

A Syrian family of four applying for asylum in Iceland have been refused asylum and their application will not be actively dealt with in Iceland as the family already have refugee status in Greece.

Wael Aliyadah and Feryal Aldahash arrived in Iceland with their young daughers Jouli and Jana three months ago. The family arrived in Iceland three months ago. The family's lawyer in Iceland, Kristjana Fenger has appealed to an appeals committee at the Directorate of Immigration and says that the life awaiting them in Greece is a sad one and that refugees in Greece don't realise what it means to have a refugee status or not.

The family say that they didn't have any choice but to apply for asylum in Greece because otherwise they would have been arrested.

The family appeared on the Kastljós news programme on RÚV national television and said that they didn't want to return to Greece where they fear ending up on the street and losing their two daughters,  aged three and four.

According to the Dublin regulation, you can only apply for refugee status in one member state. Usually, this is the first  member state which you reach. In practice this normally means that any subsequent country where you apply will return you to the appropriate state.

You can watch the interview with the family which is in English HERE.