All Four Bodies Recovered from Lake 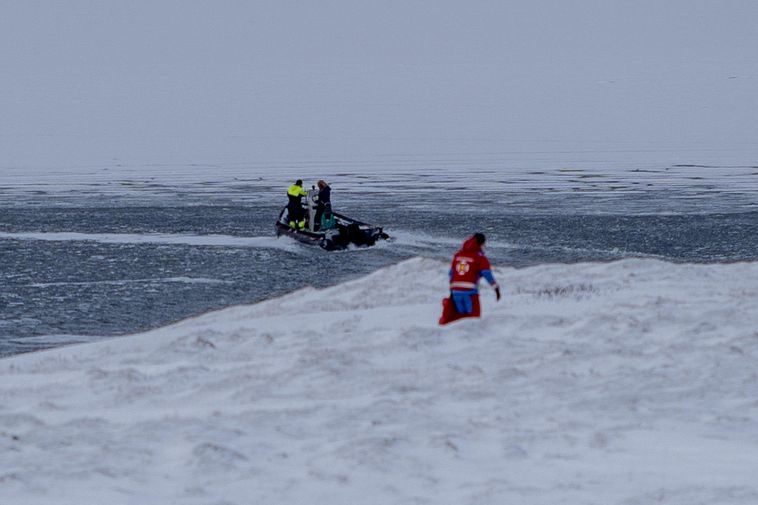 The bodies of all four victims of last week’s plane crash into Þingvallavatn lake, Southwest Iceland, were recovered yesterday, Morgunblaðið reports. In the morning, it looked like the operation would have to be postponed until today, due to ice on the lake, but in the afternoon, the ice sheet began breaking, making it possible to send divers in. Lightweight boats were launched to clear the way, and they were sailed back and forth to keep part of the lake free of ice. About 60 people took part in the operation, including about 20 divers.

“After a consultative meeting of rescue workers, where conditions were assessed, it turned out that conditions for diving were extremely dangerous, due to a severe cold and the forming of ice on Þingvallavatn lake,” a statement from the South Iceland Police Department reads. “The possibility of using other methods than planned was explored.”

The decision was subsequently made to use an autonomous underwater vehicle (AUV) to retrieve the bodies.

Rescue workers then launched the AUV, equipped with a camera and a robotic arm. The AUV was remotely controlled from a barge on the lake. Divers placed the bodies on board boats, which transported them to shore.

At 8 pm last night, the police announced on their Facebook page that all four bodies had been recovered.

Investigation of the cause of the accident is ongoing. It is conducted by the South Iceland Police Department and the Transport Accident Investigation Committee. According to Chief Superintendent Oddur Árnason, parts of the plane may be sent abroad for further investigation. For now, no additional information will be provided regarding the matter.

According to mbl.is, ice on the lake has forced rescue workers to postpone the recovery of the plane by a few weeks. The ice keeps getting thicker, and the operation must be postponed until the weather gets warmer.